Somerville and Mansfield are the first of Oxford's colleges so far to be recognised as Colleges of Sanctuary, supporting displaced students and academics to rebuild their lives in the UK.

We hear from two students who joined us at the start of the 2022-23 academic year as Oxford Refugee Scholars, jointly funded by the University and these participating colleges.

Creating a pathway to Oxford

The world can be an inhospitable place for the millions of people who find themselves displaced or endangered by conflict, persecution, climate change or the violation of their human rights. Only 1% of those affected by displacement go on into higher education.

From the 2022-23 academic year, Somerville and Mansfield colleges have been awarded as Colleges of Sanctuary. Part of the City of Sanctuary initiative, they have been accredited as places of welcome, safety and inclusion, offering the brightest students a pathway to Oxford. 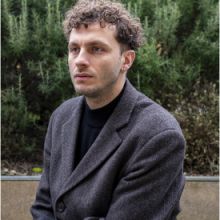 Originally from Caracas, Venezuela, Erick Moreno Superlano shares how he has found intellectual freedom and physical safety in Oxford since his arrival.

The journey to Oxford

I was forced to flee from Venezuela to Argentina, aged 21, after multiple attacks on my mother’s life and family over her political views. I hope that by embarking on this degree in Migration Studies, I will understand my own journey and the experience of millions of others like me who are forced to leave their homes.

After leaving Argentina, I was awarded a similar scholarship in 2018 for my literary work by Bard College Berlin.

For a Latin American immigrant, applying to Oxford was not an obvious choice.

How have you found Oxford so far?

So far, Oxford has exceeded all my expectations, both intellectually and socially. My professors and supervisor are excellent. They make me feel that someone like me belongs in a place like Oxford, nourishing my thoughts and ideas as a scholar.

I have found it to be an intellectually stimulating environment, where thinking freely and differently is encouraged and nourished, rather than repressed. It's an experience I have been yearning for.

I have a strong interest in literature and have previously published some short stories. In the future, I wish to write novels, using my academic understanding of migration from Oxford in the modern world to inform my creative writing.

Sharmarke fled Somalia's civil war aged eight, eventually finding 'home' in Canada in 2012, after 20 years of seeking safe refuge. Even in refugee camps, Sharmarke always sought to continue to develop his education and in recent years has worked with migrant asylum seekers in Egypt, as well as becoming a member of Office in Canada.

The journey to Oxford

I read my acceptance email from Somerville about five times, it felt so unreal. My journey so far has meant I have developed a sense of resilience as well as being resourceful. I have also always been hopeful, and knowing I was coming to Oxford took away any burden, making me feel that Oxford includes the excluded.

How have you found Oxford so far?

I'm still navigating Oxford, but it feels good to enjoy the traditions here, from sub-fusc in dining halls to Latin, I'm learning to get comfortable. I very much see Oxford as a two-way process, for me to learn, but also for Oxford to benefit from their students' experiences and I feel that is really the case here at Somerville.

I will find my place around where I fit in areas of mentorship and advising organisations on how to approach and tailor their services, which I hope to make a difference to in Oxford and the UK. It is important that people like me keep sharing our stories and slowly, we might make a difference.

Building on Oxford’s longstanding tradition of supporting refugee and displaced scholars, from the 2023-24 academic year, the Refugee Academic Futures scholarships will be piloted and available for applicants who have been displaced due to conflict, persecution, or other serious human rights violations or deprivations, whether within or outside their country of origin.

Read more about Mansfield and Somerville as Colleges of Sanctuary.