A joint degree in History and English requires students to think critically about how we define ‘history’ and ‘literature’, and about how the two disciplines interrelate and, to a large extent, overlap. Close attention is given to changing methodologies, to the nature of evidence and to styles of argument. It is assumed that historical documents are just as much ‘texts’ as poems, plays or novels, and are therefore subject to interpretation as works of narrative, rhetoric and, fundamentally, language. In turn, it is assumed that poems, plays and novels represent historically-grounded ways of interpreting a culture. Interdisciplinary study has become a thriving area in its own right as scholars have moved away from what would once have been thought of as ‘purely’ historical or literary criticism to a more comparative way of thinking about the written records of the past (including, of course, the very recent past).

The History and English Faculties are among the largest in Britain, with long and distinguished traditions of teaching and research. Students are offered a great deal of choice in the course over their three years, and whether their interests are in the medieval period, the Renaissance, or the later periods, intellectually fruitful combinations are always possible.

The course structure at Oxford is intended to enable students to relate literary and historical ideas as effectively as possible in the investigation of their chosen historical periods, topics or authors, while recognising that some students will wish to opt for variety rather than close congruity between their historical and literary papers. An interdisciplinary approach is embedded in each year of the course, with dedicated classes in the first year as part of the Introduction to English Language and Literature paper, a bridge paper taken in the second year (examined by extended essay) and an interdisciplinary dissertation in the final year. All interdisciplinary elements of this course are co-taught or co-supervised by a historian and a literary scholar.

Oxford possesses exceptional library provision for both subjects in the Bodleian Library, the History Faculty and English Faculty libraries, other faculty libraries and the college libraries.

You will have up to two tutorials a week and will often, but not always, be working on two papers simultaneously. Most students attend three to four lectures a week. In the first and second years, you will also attend interdisciplinary classes with both English and History tutors present, in preparation for the bridge paper. For the final-year dissertation you will be allocated an adviser from each discipline.

Tutorials are usually 2-4 students and a tutor. Class sizes may vary depending on the options you choose. There would usually be no more than around 12 students. Most tutorials, classes, and lectures are delivered by staff who are tutors in their subject. Many are world-leading experts with years of experience in teaching and research. Some teaching may also be delivered by postgraduate students who are usually studying at doctorate level.

All candidates must follow the application procedure as shown in how to apply. The information below gives specific details for students applying for this course.

All candidates must take the History Aptitude Test (HAT) as part of their application. Separate registration for this test is required and it is the responsibility of the candidate to ensure that they are registered. We strongly recommend making the arrangements in plenty of time before the deadline. For everything you need to know, including guidance on how to prepare, see the HAT page.

For more information, and to download a cover sheet, please see our further guidance on the submission of written work.

Tutors are looking for intellectual curiosity, as well as a flexible approach to engaging with unfamiliar concepts or arguments and an enthusiasm for writing and talking about history, literature and language. Shortlisted candidates will usually be given at least two interviews, one with the History tutor(s) in the college, and one with the English tutor(s). In the English interview, the candidate may be asked to discuss a piece of prose or verse, provided before or at the interview. Successful candidates will read widely, and will be interested in pursuing a comparative approach to historical and literary texts.

Studying this degree provides you with the opportunity to acquire a range of skills valued by recruiters and employers, including the ability to work independently, to evaluate the significance of evidence and to present arguments clearly and persuasively. Graduates from this course have worked in the media, legal professions, public administration, teaching and finance.

Additional Fees and Charges Information for History and English

Applicants for this course may instead be offered a place for History or for English.

Top-ranked history department in the UK

For the largest volume of world-leading research in the most recent (2014) Research Excellence Framework. 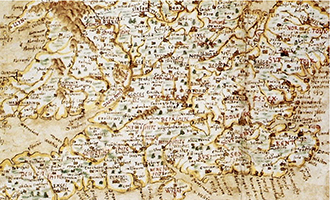 Why not have a look at some History magazines such as History Today or BBC History (which also has weekly podcasts). You may also like to explore the British Museum website or BBC Radio 4 archives, both of which have excellent links to historical materials. For English, visit the University's collection of literary resources on our Great Writers Inspire site or the British Library's online resources. You may also like to listen to radio programs such as BBC Radio 4's In Our Time, or one of the University's podcast series.