'Archives seldom have anything other than a random relationship to the kind of thing you might want to know from them. What the historian then does is pick up the surviving data and assemble it to give it a meaning that may not have been self-evident from the individual constituent parts.'

What does randomness and order mean in a historical context?
In the Randomness and Order conference, I interpreted the randomness question in terms of the historical past and how you turn it into history by ordering it.

Historical data are random. Events are partly random too, of course, but the point I was interested in wasn't about the randomness of causes, it was about what you might call the randomness of the archive. Historical documents are assembled in archives in a way that was important for the people that assembled them that way, but the kind of things you typically want from them are different from the kinds of things the original assemblers and preservers wanted.

Another way into the randomness point is that you are collecting different types of information, which don’t have any relationship with one another and then in a formal sense are ‘random’.

What do you think the role of the historian should be when presented with a randomly assembled set of documents, given that it’s unlikely they have the complete picture?
Most historians go into a collection of data with an idea of what they want to get out of it, so you tend to read them from that standpoint – you are creating order as you read them. But what you’re really doing is creating your order, while you’re reading it – because there are always other ways of reading it, not least because, as you say, the picture will never be complete.

And sometimes it’s not a random order relationship – sometimes you do want to get out exactly what the author intended. If you want to follow the economic organisation of a state or a monastery, for example, then you’re going to be following the archive as the state or monastery laid it out, because that’s why they kept the documents – it’s not a random order relationship in this case.

But if you say something like 'I want to study the way that people gave each other gifts in 17th-century France,' then you’re going to be taking stuff from all kinds of different sources and turning them into something that no one would ever have imagined in the 17th century.

During the conference, was there much discussion about randomness between the disciplines?
Yes, there was. It was quite interesting from that standpoint. The conference was led by Professor Ian Walmsley, which worked very well: he’s a smart and flexible man and he has to be interested in things other than physics because he’s the Pro-Vice-Chancellor for Research.

What stuck with me from the discussion came out of a point about quantum physics. Quantum physics is in a formal sense random – the same electron can be in two places at the same time – whereas my stuff is random in a different way. It reminded me that data are random everywhere. And our job is to turn them into something more coherent, and that’s true across all disciplines.

Even in terms of going into a library – you see a whole series of books, shelved in a particular way, and that combination is random. The library as a whole is a random collection. The library, the archive in that respect is a bit like the physical world.

Why does social history end up demanding more from the sources than cultural history?
Well, some cultural history will demand in the same way. How people gave each other gifts in 17th-century France is a cultural history question more than it is a social history one, and you’d have to look at a whole lot of stuff. But there’s another kind of cultural history that looks at how a particular source works. If you are trying to use that source to get into the mind of this particular author, then you’re going to be following the source pretty much as the writer intended, with all the ifs and buts of literary theory. That’s a different kind of ‘demanding from the sources’. You need, on the other hand, to do this interpretative work on any source first in any historical field, before setting it in your broader argument.

Could you give me an example of a particular social history problem where you’ve had to use the sources in the way they weren’t originally intended?
I did a project that compared the development of most of the regions of Europe and the Mediterranean at the end of the Western Roman Empire. The Western Roman Empire breaks up, different regions have completely different histories, and I read the sources from each region and they are extremely heterogeneous. So the idea of saying 'this tells me that Spain reacted in a different way from Italy and a different way again from Egypt' is something which was totally of my ordering from a series of evidences which were pointing in a hundred different directions.

This has been a fascinating insight into randomness and the historical archive. I’m also interested to know more about your general research interest.
I am a social historian, looking at the medieval period from 400–1250 AD. I mostly do Italy across that timespan, but the comparative work I’ve done has tended to be in the earlier part. I want to do a project now on the 11th-century Mediterranean. I’m interested in how societies change. I do a lot of case study work, a lot of monographic studies of different bits of Italy. Different places are different and you need to know why, because otherwise you tend to think that the place you happen to be studying is ‘normal’. Even if you want to know just about that one place, by looking at neighbouring places you can tell how unusual that place at that time was.

What was it about Italy within that quite large time span that drew you to those comparative questions?
Italy is very fragmented. You can grow up and spend your life in Pisa (for example) and study the history of Pisa, and you don’t look outside it in a serious way.  And I found myself going from place to place in Italy (because I like Italy) and finding that the people in one city had no idea what the people in another city were doing. I started to look at the different places together because I thought, 'There’s an entire research area here!' It was interesting seeing the way that different places operate and trying to put them together. Because the other part of the fragmentation is there is a lot of evidence: there’s a lot of evidence for Pisa, for Lucca, for Florence, and it is differentiated – it feels different from place to place, and it’s studied in different ways. That gives you the impetus to say 'I wonder why it’s different?'

Do you feel that Italy, more than some other countries at that time, functioned in quite a parochial way – and has that lent itself to people focussing on one place rather than the broad comparative picture?
Partly. Of course, there’s a history to this – Italy begins to break up as a political system in the 11th century and doesn’t get back together again until the 19th – Germany is much the same. Whereas France or England or Castile were big, solid blocks for a long time. If you look at the history of Castile, you’ll find that people see it as a kind of homogeneous area, because they just assume it is, because it’s always been the same block. I haven’t looked in detail at Castile but I’ve always thought that, if I did it, I would want to see whether this bit was different from that bit – because Spanish historians often don’t bother. So the point about Italy is partially historiographical, but I do think if you have a lot of very strong, autonomous and independent cities, as you do in Italy (but not in Castile), then they are likely to have historically gone off in different directions.

What interesting findings have come out of your comparative study of Italy?
What you often find is that people are reaching similar solutions at the same time. And then the question becomes: is this because the social development is the same, or is it because they are borrowing from each other? But they always do it in a slightly different local context. I’m just fascinated by the way that these differences happen. You end up with a quasi-experimental situation where you can say 'OK, I’ve got this hypothesis, based on this, let’s see if it works in this other context.' And I just think that’s interesting. So: inside the same fifty-year period, nearly every city in northern-central Italy develops a communal form of government in the late 11th and early 12th centuries, and it’s slightly different in each. This is fundamental, because it’s the beginning of Italian city autonomy, so Italians are totally obsessed with this in principle, though they don’t study it as a whole. So the question is: why do these cities do it at the same time, given the fact they are all slightly different? What does it mean to them? I think that difference in meaning is interesting.

Is it clear where the collective movement came from?
Not always, no. But where you can track it, it comes from internal urban development.

What’s it like to study at All Souls, and at Oxford?
All Souls is a very particular place; it’s famous because it doesn’t have any students. But actually I’m surrounded by students because I’ve got my own graduates (as most people here do). And also there are actually quite a lot of graduate students and postdocs around who are fellows of the college.

What I’m really proud of with respect to History at Oxford is the seminar culture. In Medieval History alone, there are 8 or 9 seminars a week – you can’t go to all of them. There’s a lot going on. You could spend your entire life in term time going to a seminar; there’s a buzz about that, which I really like. Most other universities don’t do that.

What gives you most job satisfaction?
I like the research and the teaching, and the interrelation between the two. 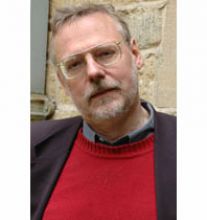 Professor Wickham is Chichele Professor of Medieval History at All Souls College and the Head of the Humanities Division at Oxford.

Sleepwalking into a New World: The Emergence of Italian City Communes in the Twelfth Century (2015)

Other 'randomness and order' conversations: