'Rituals are important to us as a species. Our success has, in part, been due to our ability to co-operate in a way that is unusual in the animal kingdom. Rituals provide a kind of gadget for facilitating that co-operation. Rituals are all pervasive in human activity – we adopt them without really realising it. It is the done thing to put a tie on over your top button. There is nothing useful about it, but we unquestioningly accept that this is how things are done. The "done thing" is something animals have no conception of. Even in a very modern setting, we welcome and seek out normative but otherwise quite arbitrary behaviour that affiliates us with a wider group.'

I’m talking to Professor Harvey Whitehouse, Chair of Social Anthropology and Director of the Institute of Cognitive and Evolutionary Anthropology at the University. Harvey heads up the 'Ritual, Community and Conflict' project, a £3.2 million ESRC funded body of anthropologists, psychologists, historians, archaeologists and evolutionary theorists.

What are the different areas of expertise you are investigating and what will the ultimate output of the project be?

We’re interested in the role of ritual in building complex societies: how do rituals contribute to processes of state formation?

'The project has three main dimensions to it. The first dimension draws on the work of developmental psychologists and looks at how we as children intuitively soak up ritual (and why we do this). The second dimension is to do with the social psychology behind adopting group rituals – why and how we are convinced to do sometimes traumatic things on behalf of the group. Finally, we’re interested in the role of ritual in building complex societies: how do rituals contribute to processes of state formation, for example?

'There have been many academic treatments of ritual before, but they tend to have focused on isolated cases, and so could be charged with cherry-picking evidence.

'To overcome this, we’ve been surveying hundreds of rituals, sampled from existing datasets (such as the electronic Human Relations Area Files (eHRAF) – a searchable set of ethnographies for over 180 cultures all over the world). Now, with biologist-turned-social scientist Peter Turchin, we’re building a massive database of the role of ritual in world history. This will allow us to look at patterns cross-culturally and over time in a way that is quantifiable. Eventually, this global database will be open access and scientists will be able to mine the human past as never before to test a wide range of novel hypotheses.

'We surveyed 645 rituals from 74 cultures, selected randomly from the eHRAF, and constructed a database recording frequency, arousal and contextual information for each of the 645 selected rituals.

'The data supported our theory: low-intensity rituals tend to be performed more regularly and in larger groups.

'As part of this same survey we also examined what happens if the ritual was rarely enacted. As predicted, we found that such rituals were more likely to involve emotionally upsetting elements.

'We now know that ritual frequency correlates with agricultural intensity. Crucially, we are seeking to establish whether the emergence of more frequent/less intense ritual practice was tied to the development of the first large-scale political civilisations such as those that arose in Mesopotamia and Egypt.'

This last idea suggests ritual has evolved in tandem with our cultural development. Has ritual then helped our societies to evolve?
'It was part of my original thesis that the functioning of large-scale complex societies is only possible with the cooperation of its members. High-frequency rituals promote co-operation on a scale that we think would otherwise be impossible.'

If ritual is a binding agent that allows large-scale co-ordinated action between humans, how can we mobilise ritual for good?
'I believe that understanding more about the role of ritual in social cohesion would help in three ways: to intervene in the processes that motivate intergroup violence, to channel social cohesion for the collective good, and finally to mobilise a global response to economic inequality and environmental threat.

'Learning how to manage group cohesion could provide a key to solving many of the collective action problems facing our species.'

So what’s standing in our way? How as scientists can we differentiate the harming and beneficial effects of rituals and develop suitable interventions?

Before the project completes, I’m eager to get a different perspective and next week I will be talking to Professor Graham Ward, Regius Professor of Divinity, about the different forms of ritual in religion and to what extent it short-circuits our natural faculty for objective moral judgement. 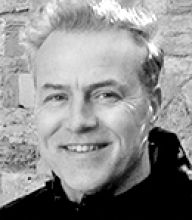 Harvey Whitehouse is Chair of Social Anthropology at the University of Oxford, Director of the Institute of Cognitive and Evolutionary Anthropology, and a Professorial Fellow of Magdalen College.