Michael McMahon and colleagues have developed evidence on the importance of central banks communicating beyond traditional audiences – influencing the Bank of England, and other central banks, to engage more effectively with the public. 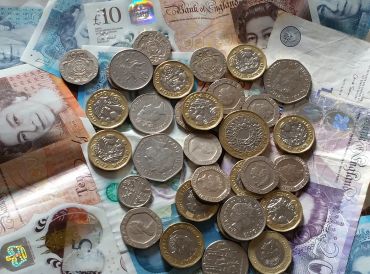 Bank of England notes and coins
The Bank of England sets interest rates to try to achieve the inflation target and plays a central role in ensuring stability of the financial system. It’s one of the key State institutions in the UK.

“Traditionally the Bank, like other central banks, has limited its communication to complex documents directed mainly at economists and finance experts,” explains Professor Michael McMahon. “It didn’t see the need to spend time and resources engaging with the public or using popular tools and channels such as social media to share messages.”

“But after the 2008 financial crisis, public confidence in the Bank plummeted and has been slow to recover. Our research showed that improving public communication and engagement could help restore trust, build accountability, and create a more effective policy-making environment.”

McMahon and colleagues analysed the effect of the decision of the US Federal Reserve’s Open Market Committee to publish transcripts of its meetings, finding that greater openness on how the Committee arrived at decisions improved policy making, despite fears to the contrary. In 2014, this research influenced the Bank of England to adopt a more open approach to sharing its own deliberations – by publishing more detailed accounts of their meetings.

Later research, conducted in 2017 with the Bank’s then Chief Economist, Andrew Haldane, showed that communications that are easier to understand could increase the effectiveness of Bank policy and people’s confidence in the institution.

“Unfortunately, many people in the UK have little understanding of the role or policies of the Bank of England – particularly the less well-educated, and those on low incomes,” comments McMahon. “Better understanding is associated with the trust which allows the Bank to do its job, rather than raising doubts about its control of key economic tools such as interest rates.”

“Public trust is especially important when it comes to inflation targets. The public are more likely to do things that keep inflation low (such as workers restraining their wage demands or businesses working to limit price increases) if they trust that the Bank will achieve its target on average. This creates a better environment for policy, making it more likely the Bank can achieve its targets and reinforcing confidence in its work.”

“Public engagement is also vital to accountability,” continues McMahon. “The Bank of England is run by unelected officials, independent of the government. Independence ensures it’s not co-opted by government for the short-term goals that will help win elections. Frequent and effective public engagement ensures that people understand it works in the public interest and is accountable.”

Building on the research, the Bank of England has devised new communications to reach a broader range of audiences. A new ‘layered’ approach to policy publications includes an ‘announcement’ shared via social media, a visual summary for non-expert audiences, and policy summary for specialist economics audiences. The ‘layering’ approach to communication has now been adopted by other central banks whilst the Oxford team have engaged with many central banks to support more effective public engagement.

The Bank has also stepped up its educational outreach programme which provides classroom resources and educational visits for schools; and Citizens’ Panels, launched in November 2018, give policy makers the opportunity to engage directly with people from around the UK.

“Ultimately, its not just about the public understanding the Bank,” says McMahon. “Engagement gives the Bank a chance to understand the public – particularly the economic pressures on them and their perceptions of economic trends. Sixty-five percent of economic activity is household expenditure, so this helps the Bank design more effective policies to manage economic shocks and protect living standards.”

Michael McMahon is Professor of Economics and Fellow of St Hugh’s College, University of Oxford

“Michael McMahon’s research… on these topics have… had a very significant impact in shaping practice… within the central banking community, at the Bank of England and beyond… He has provided the academic underpinnings of a wholly new approach to central bank communications that appears to be increasingly effective and important at a challenging time for central banks.”