Psychology, philosophy, and linguistics are closely interrelated disciplines, so studying a combination of them allows students to explore different aspects of each subject, resulting in a very varied and dynamic course. Psychology addresses such questions as: how do we perceive colours? How do children acquire language? What predisposes two people to get on with each other? What causes schizophrenia? Philosophy is concerned with a wide range of questions including ethics, knowledge, and the nature of mind. Linguistics is the study of language in all its aspects, including the structure of languages, meaning (semantics), pronunciation, and how people understand, mentally represent and generate language.

Psychology at Oxford is a scientific discipline, involving the rigorous formulation and testing of ideas. It works through experiments and systematic observation rather than introspection, with data science and coding playing an important role in how we train students. The Oxford Experimental Psychology Department is widely regarded as one of the leading psychology departments in the UK. At present, there are particularly strong groups in the fields of human cognitive processes, neuroscience, language, and developmental and social psychology.

The Faculty of Linguistics, Philology, and Phonetics brings together scholars working in theoretical and descriptive linguistics (especially syntax, semantics and phonology), experimental phonetics, psycholinguistics, linguistics of the Romance languages, historical linguistics and comparative philology. Unlike other subjects in the humanities, it includes two scientific research laboratories – the Language and Brain Laboratory and the Phonetics Laboratory.

Students can elect to graduate after three years with a BA degree. Alternatively, they can decide to remain for an optional fourth year composed of a research-intensive, clinically-focused or translation-focused extended project in Experimental Psychology and allied disciplines. Students who complete the fourth year will graduate with a Master’s degree in PPL.

A wide choice of third-year and fourth-year research projects is available, including experimental, clinical or translational projects based in other departments and outside the University.

Tutorials usually involve 2–4 students and a tutor. Class sizes for laboratory classes may vary depending on the options you choose. Core lab classes which are attended by most students will usually be in groups of 35–40 students. Multiple demonstrators will usually attend to assist the staff who are leading these classes. There are usually no more than around 20 students for final-year specialist options. Lectures are normally attended by 30–50 students. Most tutorials, classes, and lectures are delivered by staff who are experts in the subject they tutor. The majority of staff are world-leading experts with years of experience in teaching and research. Some teaching may also be delivered by postgraduate students who are usually studying at doctorate level, and are specialists in those topics.

The structure of this course is currently under review. Up-to-date details on any course changes can be found on the Psychology Department's website.

All candidates must take the Thinking Skills Assessment (TSA). Separate registration for the test is required and it is the responsibility of the candidate to ensure that they are registered. We strongly recommend making arrangements in plenty of time before the deadline. Everything you need to know, including guidance on how to prepare, can be the TSA page.

Candidates applying for course combinations including Linguistics are no longer required to sit the Linguistics test of the MLAT.

In addition to a very good academic record, tutors are keen to see whether you appreciate the scope of the two subjects which you have chosen to apply for. They will also want to check whether you can evaluate evidence and are able to consider issues from different perspectives. It’s important also to have a capacity for logical and creative thinking, appreciate the importance of empirical evidence in supporting arguments, and have an ability to cope with the quantitative demands of the course.

If Psychology constitutes at least 50% of your course, and covers the BPS curriculum, and provided you achieve the minimum standard of second class honour as well as pass the experimental project element in the third or fourth year of study, your BA or MSci degree is accredited as conferring eligibility for the Graduate Basis for Chartered Membership of the British Psychological Society. This is normally the first step towards becoming a Chartered Psychologist.

Oxford Psychology is ranked No.1 in the 2020 Complete University Guide subject tables and achieved outstanding results in the most recent (2014) Research Excellence Framework. For more detail see the Psychology Department's website. 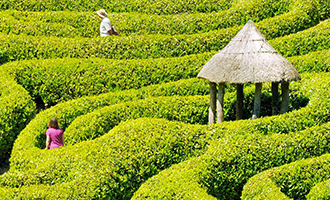