Human Sciences is an interdisciplinary degree which enables students to study the biological, social and cultural aspects of human life, and provides an exciting alternative to some of the more traditional courses offered at Oxford.

The school was founded in 1969 in recognition of the need for interdisciplinary understanding of fundamental issues and problems confronting contemporary societies. Central topics include the evolution of humans and their behaviour, molecular and population genetics, population growth and ageing, ethnic and cultural diversity and human interaction with the environment, including: conservation, disease and nutrition. The study of both biological and social disciplines, integrated within a framework of human diversity and sustainability, should enable the human scientist to develop professional competencies suited to address such multidimensional human problems.

The course draws on specialists from a number of different faculties in the University. Lectures introduce most of the material you will need and provide the core concepts and theories for each paper. Tutorials, given by specialists in different fields, allow you to consider particular topics in greater depth. They also allow students from different academic backgrounds to gain the necessary grounding across a range of subjects.

During Years 1 and 2 your work will be divided between lectures (about ten a week) and tutorials (one or two a week with more in the first year). In addition, some practical experience in genetics, physiology, demography or statistics will be offered in certain terms. Computers are used in the teaching of quantitative methods. In the third year the tutorial and class requirement is reduced to allow more time for option papers and research for your dissertation.

Tutorials are usually 2-4 students and a tutor. Class sizes may vary depending on the options you choose. There would usually be no more than around 20 students although the more popular classes may include up to 30 students. Most tutorials, classes, and lectures are delivered by staff who are tutors in their subject. Many are world-leading experts with years of experience in teaching and research. Some teaching may also be delivered by postgraduate students who are usually studying at doctorate level.

All candidates must take the Thinking Skills Assessment (TSA) as part of their application. Separate registration for each test is required and it is the responsibility of the candidate to ensure that they are registered for these tests. We strongly recommend making the arrangements in plenty of time before the deadline. For everything you need to know, and further guidance on how to prepare, see the TSA page.

The attributes tutors are looking for in applicants include:

At interview, tutors will not expect you to have any specific prior knowledge of the subject. You will be asked questions designed to help you demonstrate the above attributes. For more detail on the selection criteria for this course, please see the Human Sciences website.

Alison currently works as the Principal Scientist in HIV epidemiology within Public Health England. She says: ‘My undergraduate degree in Human Sciences was excellent preparation for my career. The field of HIV is multifaceted which means we not only measure the prevalence and incidence of HIV but also seek to understand the complexities of sexual behaviour and the political and social context of HIV. Human Sciences gave me a solid grounding in statistical methods, biological and social sciences. Specifically, the cross-disciplinary ethos of the course taught me the importance of collaboration with academics and Human Sciences advocates with a wide range of expertise and the need to interpret data within a social, human context.’

Graduate Vanessa produced the series Frozen Planet. She has worked as a producer/director on a variety of wildlife series including Wildlife on One, The Natural World, Life of Mammals and Planet Earth. She also co-wrote the book accompanying Frozen Planet and has contributed to a number of academic books including The Biology of Religion, as well as magazines on various wildlife and conservation subjects. Several scientific papers have also been published on the basis of exceptional behavioural footage taken on films she has produced.

Oxford University is committed to recruiting the best and brightest students from all backgrounds. We offer a generous package of financial support to Home/Republic of Ireland students from lower-income households. (UK nationals living in the UK are usually Home students.) 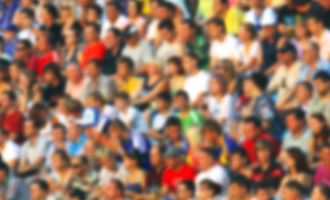 Why not have a look at introductory reading list for prospective students on the Human Sciences website. You can also follow the Institute on Twitter @Oxford_HumSci to find out what Oxford’s Human Scientists are up to.