Artificial intelligence (AI), logic, robotics, modelling and understanding complex physical and social phenomena: these are fascinating areas where computer science and philosophy meet. The two disciplines share a broad focus on the representation of information and rational inference, embracing common interests in algorithms, cognition, intelligence, language, models, proof and verification. Computer scientists need to be able to reflect critically and philosophically as they push forward into novel domains, while philosophers need to understand a world increasingly shaped by technology in which a whole new range of enquiry has opened up, from the philosophy and ethics of AI to the place of computers and robots within society.

Some of the greatest thinkers of the past – including Aristotle, Hobbes, Leibniz and Turing – dreamed of automating reasoning and what this might achieve; the computer has now made it a reality, providing a wonderful tool for extending our speculation and understanding.

The study of philosophy develops analytical, critical and logical rigour, and the ability to understand points of view and to think through the consequences of novel ideas. It stretches the mind by considering a wide range of thought on subjects as fundamental as the limits of knowledge, the nature of reality and our place in it, and the basis of morality. Computer science is about understanding computer systems at a deep level. Computers and the programs they run are among the most complex products ever created. Designing and using them effectively presents immense challenges. Facing these challenges is the aim of computer science as a practical discipline.

Both subjects are intellectually exciting and creative. The degree combines analytical and technical knowledge with discursive, writing and research skills, and the chance to study within two internationally acclaimed academic departments.

Computer Science and Philosophy can be studied for three years (BA) or four years (Master of Computer Science and Philosophy). Students do not need to choose between the three-year and four-year options when applying. Instead all students apply for the four-year course, and then decide at the start of the third year whether they wish to continue to the fourth year (which is subject to achieving a 2:1 at the end of the third year).

The first year covers core material in both subjects, including a bridging course studying Turing’s pioneering work on computability and artificial intelligence. Later years include a very wide range of options, including many courses near the interface between the two subjects. The fourth year enables students to study a variety of advanced topics and complete an in-depth research project.

For the first two years, your work is divided between about ten lectures and two to three college-based tutorials each week, alongside Computer Science practical classes – usually one session a week. In the second year you will take part in a Computer Science group design practical, which may be sponsored by industry. In your third and fourth years, Philosophy continues to be taught through tutorials, while there are classes in the department for most Computer Science courses.

Most tutorials, classes, and lectures are delivered by staff who are tutors in their subject. Many are world-leading experts with years of experience in teaching and research. Some teaching may also be delivered by postdoctoral researchers or postgraduate students who are studying at doctorate level.

Please note from 2018-20, 97% of A-level students who were offered places for Computer Science courses (including joint courses) took Further Maths to A-level.

All candidates must follow the application procedure as shown in applying to Oxford. The information below gives specific details for students applying for this course. For more information on how to apply, including advice on interviews, specimen MAT papers, and sample questions, please see the Computer Science department website.

All candidates must take the Mathematics Admissions Test (MAT) as part of their application. Separate registration for this test is required and it is the responsibility of the candidate to ensure that they are registered. We strongly recommend making the arrangements in plenty of time before the deadline.

Everything you need to know, including guidance on how to prepare, can be found on the MAT page.

For Computer Science: strong mathematical aptitude, the ability to think and work independently, the capacity to absorb and use new ideas, and enthusiasm. For Philosophy: a critical and analytical approach to abstract questions, the ability to defend a viewpoint by reasoned argument, and a desire to delve deeper into the way we think about things. You do not need to have previously studied either subject.

For more detail on the selection criteria for this course, please see the Computer Science and Philosophy websites.

Graduates will have highly marketable skills. Computer Science teaches you how to program, to design processes that are effective and efficient, to reason logically and formally. Philosophy teaches you how to analyse complex concepts and the interconnections between them and – crucially – how to express such analysis, elegantly and precisely, in written form. This ability to analyse complex issues, both technically and discursively, provides the intellectual equipment needed for technical leadership and high-level positions in today’s world.

Additional Fees and Charges Information for Computer Science and Philosophy 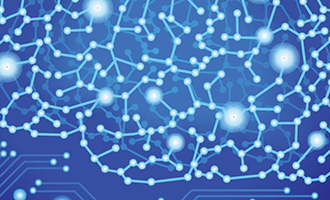 Why not have a look at the introductory reading list for prospective students on the Computer Science website? For an introduction to philosophy have a look at Stephen Law’s The Philosophy Gym or Simon Blackburn’s Think.