A short walk from the Ashmolean, the Centre for the Study of Ancient Documents (CSAD) is making waves from the Ioannou Centre for Classical and Byzantine Studies on St Giles'. The interview has been set up to find out more about new imaging technology that's being used to reveal previously illegible ancient inscriptions.

I’m here to meet Dr Jane Masséglia, an Oxford alumna, former secondary teacher and now research fellow for AshLI (the Ashmolean Latin Inscription Project). Jane works to encourage general public engagement with translating these ancient documents. There are several nice examples of this: calling out on Twitter for the interested public to have a stab at translating these ancient inscriptions.

The second person I’m meeting today is Ben Altshuler, 'our amazing RTI whizzkid.' RTI, or Reflectance Transformation Imaging, is the software used to decipher previously impenetrable inscriptions. Ben Altshuler, 20, has been working with CSAD on his gap year before starting a Classics degree at Harvard later this year. 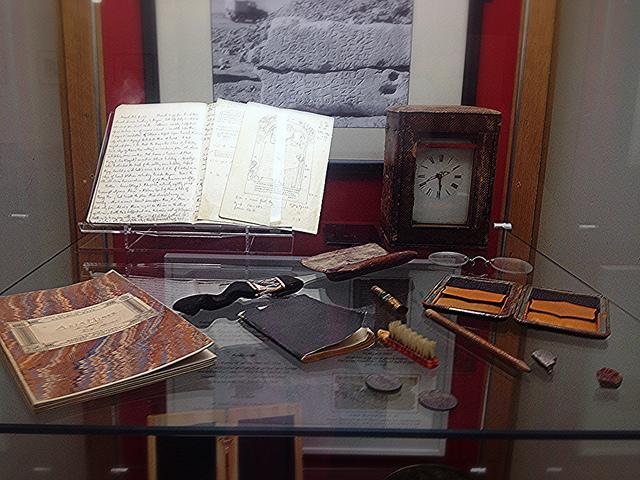 What is the remit of CSAD and how did it come to be?

'The centre started about 20 years ago,' Jane tells me. 'It was born out of several big projects involving original texts like the Vindolanda tablets (a Roman site in northern England which has yielded the oldest surviving handwritten documents in Britain). There was suddenly a need to house various different projects in Classics looking at primary source material, and a sense that it was better joined up together. It makes sense: epigraphers, the people who study these ancient inscriptions – do things in a similar way with similar resources and technology.

'In terms of what we do now, the centre currently holds a number of projects like AshLI, the Corpus of Ptolemaic Inscriptions (CPI) and the Lexicon of Greek Personal Names (LGPN).

'This is how it began,' she says and shows me a "squeeze". 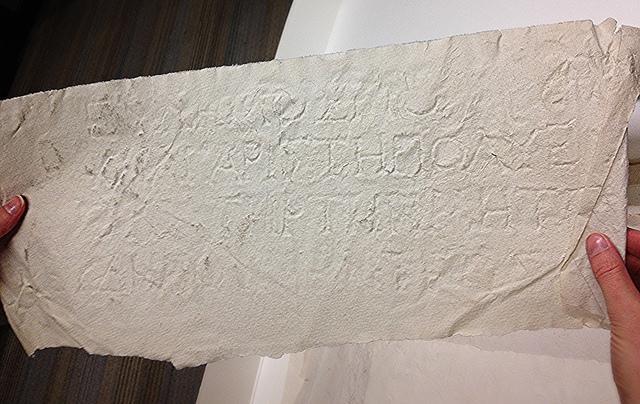 This is created by placing wet paper on in situ inscriptions and stippling the surface with a brush until it takes the 3D shape of the inscribed stone. This is a section taken from the inscriptions from the ancient Athenian Parthenon.

The 'squeezes' are stored in large boxes that are stacked floor to ceiling in the centre. 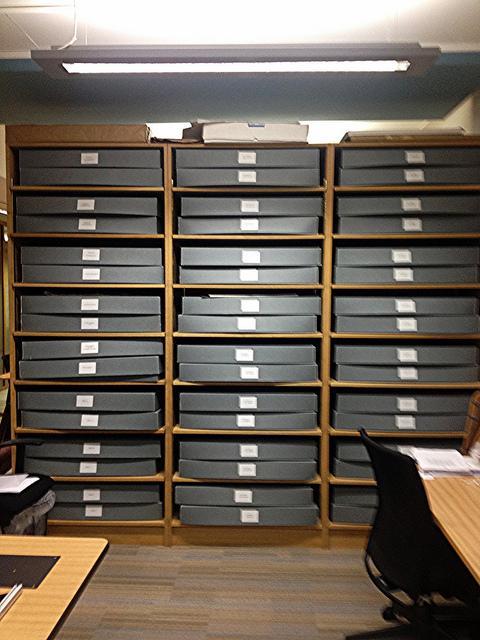 'Some of the ongoing work at the centre is in sifting and analysing what is in these archives. The new system is much more accessible – in the immediate future we'll be able to view the squeezes on a computer and, in the longer term, there is talk of searchable indexes of RTI images and integration with open source and widely used commercial platforms, like Photoshop.'

Ben, how did you come to be so involved with CSAD at 20?

'In the last few years of High School I took part in an oral history project organised by the Classics Conclave and American Philological Association,' Ben tells me. 'While we were interviewing classicists at Oxford, Roger Michel, the head of the Conclave, saw a number of places in the University and surrounding museums where new technology could thrive.  I was offered a two-year sponsorship at the CSAD as an imaging expert in the fall following my graduation, and I spent the last year building up technical expertise to provide the necessary support during my work in Oxford.

'So I came into it from the classical language side. I quickly saw that to be very successful in epigraphy takes years of experience. But with RTI one can master the technology in a relatively short amount of time. I could make a much bigger impact providing the technical skills and processed images for established classicists to work on using their language expertise.'

Ben shows me a video he's made of the different effects RTI can create in illuminating previously indecipherable texts (or, in this case, a coin).

Here prominent classist Mary Beard interviews Ben and others at CSAD to find out more about how RTI is being used to make new discoveries possible within Humanities.

Jane, what do you see the future of RTI to be?

'Within Oxford, the focus will be putting it to use on the University’s existing resources and particularly the Corpus of Ptolemaic Inscriptions and objects in the Ashmolean Museum. Ben himself has a number of different applications of RTI – it will be fascinating to see where the "travelling RTI" kit goes – and the kind of results that could be gained by giving local residents and interested parties teaching and access to the software.'

The idea that we are able to uncover the writings of people and governments from millennia ago is striking. How has our transmission of information changed in the wake of the industrial and digital revolution (as well as all the other incidental developments across more than 2000 years?) To explore this idea further, I’ll be talking to Paul Bonaventura, senior research fellow at the Ruskin School of Art and spokesperson for their major piece of art to commemorate the 800th anniversary of the Magna Carta. This new piece is a stitched tapestry of a Wikipedia screenshot of the entry for Magna Carta on its 799th anniversary. Exploring themes of permanence, transmission and communication on informational documents between millennia, I’ll be asking him his views on how the piece brings to the fore how differently we document and process information today. 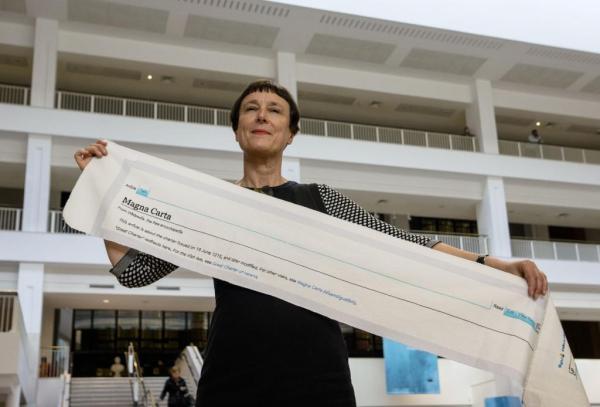 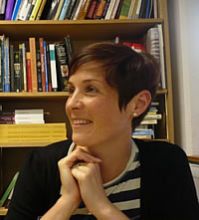 Jane Masséglia is a Postdoctoral Research Fellow: Facilitating Access to Latin Inscriptions, part of the Faculty of Classics at the University of Oxford.