"One of the factors leading me to think that humans have pheromones is how we become smellier in puberty, apart from other changes in sexual development (the growth of more visible secondary sexual characteristics such as hair in our armpits and groins, for example). The changes in the smells we give off before and after puberty might give us clues as to what molecules might be signals."

The zoologist Dr Tristram Wyatt is a Senior Research Associate at the Department of Zoology and Emeritus Fellow of Kellogg College, whose main research is based on the evolution of pheromones, molecules used for chemical communication, and animal behaviour. Tristram tells me about the research regarding sexual pheromones, the chemical signals that are involved in animal mating and attraction through smell, which remain a mystery. We still lack evidence and many popular myths that falsely assure we have pheromones for sexual attraction without a scientific basis are blurring ordinary people’s knowledge, but Tristram clarifies what we do know and suggests what some recent clues might indicate for further investigation.

"What drew my attention to pheromones and how they are involved in sexual selection was originally the case of moths," Tristram explains. "The silk moth was the first animal to have its pheromone chemically identified. The female moths release species-specific pheromones that act as a signal for the males to find the female partners. Pheromones were then identified in beetles as well, and now it seems that almost all animal species have pheromones. Pheromones even work underwater in lobsters and fish. However, in many species we don’t know the exact details yet: for example, we know that male dogs respond to the smell that comes from females in heat, but what these molecules are is yet to be discovered."

Do humans have pheromones? Dr Wyatt thinks so. "Humans are just another species of mammal, as Darwin argued, so I think humans may have pheromones, like other mammals. It is interesting that Charles Darwin already anticipated how sexual selection can be based on smell, just as it can be based on visual details (for example, in peacocks, which show their colourful feathers to attract partners). Darwin observed that the males of many mammal species, including goats and elephants, are smelly in the breeding season. Darwin suggested that sexual selection, through female choice of the smelliest males, could lead to the refinement of male sexual smells, what we would now call pheromones."

But pheromones in humans have resisted clarification. Tristram makes observations on the issues of pheromone research: "Overall, right now, the evidence about human sex pheromones is quite weak. There are many challenges in studying them: there is an enormous number of smelly molecules that humans give off, so they are difficult to identify and we need to make reliable tests, called ‘bioassays’, which are harder to carry out in humans than in animals. We still don’t know that much about human sexual attraction or how people fall in love, so how to design experiments is not that clear."

However, Tristram maintains hope that there is something yet to be discovered and is enthusiastic about recent clues that might lead us to the first human pheromones. He tells me about a thought-provoking experiment by a team in Dijon, France: "This study focused on new-born babies turning to their mothers’ breasts to suckle. Lactating mothers participated in the experiment and droplets secreted from glands in their nipples were taken with a glass rod. Afterwards, these rods with the secretions were put near the babies’ nose and mouth and they reacted, as if ready to suckle. The babies reacted to secretions from any mother, not just their own, which shows a general effect. This pattern of secretion and response might point to human pheromones in action, from a mammary source. It is so exciting because if we detect pheromones from this, we will be more confident in finding others. It is a hopeful first step, but we need more investigation."

How would pheromones change over time in humans or animals of different ages?

One of the factors leading me to think that humans have pheromones is how we become smellier in puberty, apart from other changes in sexual development (the growth of more visible secondary sexual characteristics such as hair in our armpits and groins, for example). The changes in the smells we give off before and after puberty might give us clues as to what molecules might be signals. Most attention has been given to smells from our armpits, perhaps because they are the least embarrassing place to sample, but the smells that might be important could come from other parts of our body.

Are there any other indications of how we might choose our partners through smell? What could be the links between different kinds of smell and sexual attraction?

There have been some interesting experiments. In the 1970s, researchers noticed that genetically identical mice from inbred strains were reluctant to mate with each other and preferred to breed with mice which were genetically different to themselves. This preference was based on the mice’s individual smells, not pheromones. Later, in the 1990s, a team in Switzerland wondered if human partner choice might be tied in a similar way to smell clues and genetic relatedness. Female students sniffed T-shirts that had been worn by male students and rated how attractive they found the smell. Meanwhile all the participants were genotyped for genes involved with the immune system. It emerged that the females preferred potential mates whose immune system genes were different from their own, as revealed by the smells.

Even in moths, which are the model for sex pheromones, the responses to pheromones are not automatic. It depends on whether they are ‘in the mood’, so to speak, or whether they have mated recently.

We have a lot to discover yet, because love or attraction is related to many complex factors: intellectual stimulation (when someone makes you laugh, for example), dominant social influences such as class or who is in your social network, and so on.

There are some claims that we kiss in order to detect the smell of potential partners. What are your opinions about that?

It’s a nice idea and would feed into the hypothesis about choosing partners for difference in smell, but there is simply not enough evidence. Right now, I’m still slightly sceptical about this.

What do you think about the claims of pheromone products that are sold online?

It is a commercial myth. Sadly, there is no evidence to support those products. The molecules most often advertised are androstadienone and estratetraenol, for which there is no evidence. These products are unlikely to have any effect, but they might have a psychological effect on the customers, simply because if you believe the claims you might feel more confident by buying and applying these products.

As I said, there are clues that humans might have pheromones, but we are still too far away from discovering them for us to predict their possible uses or dangers. If pheromones are discovered in the future, hypothetically, they could be a bit like Viagra. People fantasize that pheromones would make you irresistible or greatly attractive, but I think they would only work with persons who are already stimulated, not as a way of directly attracting others. Even in moths, which are the model for sex pheromones, the responses to pheromones are not automatic. It depends on whether they are ‘in the mood’, so to speak, or whether they have mated recently. So, even if we discovered and manipulated pheromones, they might affect the probability of sex, but it would always be down to people’s personal choices and mood.

Now that Tristram has explained to me the possibilities and uncertainties of pheromones, I see that love is still incredibly unclear even in the most empirical details. Even if there seems to be no proof that love changes over time, Tristram has pointed out a turning point in adolescence that might reveal more about how love can develop in different ways. In the next interview, turning from science to the humanities, I will talk to the English Literature academic Sophie Ratcliffe about the problems of knowing what love really is and how attraction can be felt through literature. If attraction comes down to our complex personal choice empirically, what about how we choose to read about love? 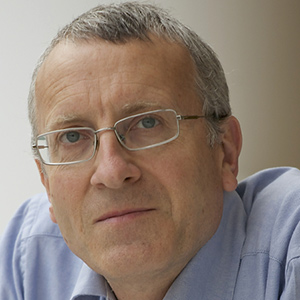 My main research interest is in the evolution of pheromones (molecules used for chemical communication) and animal behaviour. The second edition of my book Pheromones and Animal Behavior, published by Cambridge University Press, won the Best Postgraduate Textbook Award of the Royal Society of Biology 2014.