One version of what love looks like
Credit: Shutterstock / oomine

"It's hard to know the extent to which books influence society. The author, François de La Rochefoucauld wrote that some people never would have fallen in love if they hadn’t heard – or read –  about it. But you could also say that such narratives are in fact modelled from life. I’d think I’d like to believe that there’s something innate in love, that we are destined to search for attachment, but that this raw feeling is then shaped by what we take from the fictions that surround us, fictions which take many forms."

Dr Sophie Ratcliffe is a Fellow and Tutor of English Language and Literature at Lady Margaret Hall and an Associate Professor at the Faculty of English, who works on ideas of emotion, readership, and how books shape feelings. Talking with Sophie, I feel that I'm talking to a friendly and enthusiastic reader, sensitive to the uncertainties of love and reading. She confesses the origins of her interest in the connections between literature and feeling, especially love: "Every love story is a potential grief story, as Julian Barnes says. My interest in these emotions and how we represent them comes from the death of my father when I was 13 years old and how it affected me. I remember feeling shock at first, also anger and eventually acceptance. There were many questions in my head at the time, which developed later in hindsight: I was confused about how authentic my feelings were, whether they were the correct response or not. That’s driven me to be interested in the authenticity of feeling."

Every love story is a potential grief story, as Julian Barnes says.

Sophie adds that "when I was at university, studying English Literature, my interest in emotion and particularly in questions of ‘love’ as an idea grew as I read James Joyce’s Ulysses - the great novel of love and infidelity - and A Lover’s Discourse by Roland Barthes. I was struck by the moment when, as Barthes writes ‘I give X a scarf, he gives me back the gift of wearing it’. It’s as if, as Barthes suggests, love might always come with strings attached"

Like anthropologist Anna Machin, Sophie is now more interested in long-term love, but she does think there are changes over time in how we read about love. However, Sophie shows me that, despite my desire to clarify the distinctions of what is true love and how its phases or literary representations might change over time, these are still very personal and unclear issues. Common sense about love and what its ‘heart of the matter’ might really be are constantly blurred by clichés.

When the literary critic reads about love, does s/he feel it in the same way as an ordinary reader?

I don’t really think that the distinction between a literary critic and an ‘ordinary’ reader is or should be that clear. I’m not sure that I believe in that kind of hierarchy! Flaubert’s Madame Bovary comes to my mind: you could argue that Bovary, the protagonist, is an ‘ordinary’ reader, consuming romantic novels and dreaming about them. But Gustave Flaubert, the author who you might expect to have the more critical and analytical viewpoint, also said that he was Madame Bovary ("Madame Bovary, c’est moi"). My research is always personal, and it’s always about pretty ordinary and everyday things, although this may be more or less hidden in scholarly forms. And I’d say we all consume different kinds of narrative all the time. The world is full of love stories, everywhere.

If I try to think back, I must have had different phases over time, but there is no better or worse approach to reading about love. When I was a teenager, I probably read more about unrequited love, but I was also influenced by some pretty bad pop lyrics which I used to transcribe in my diary! Then, in my twenties, I was quite interested in novels about infidelity and the evolution of love associated with it. At the time, I was intrigued by the question of how one makes choices, and about balancing many lives. At the moment, I suppose, I’ve been reading about ideas of love over longer periods. For example, now I’m writing quite a bit about Leo Tolstoy’s Anna Karenina. However, perhaps the question of "what is the real thing?" when it comes to love has always been present for me. A work that has stayed with me over the years is Tom Stoppard’s play The Real Thing which deals with this very question in the context of marriage and infidelity…

Do you think that reading a shorter poem can give an impression of long-term love like longer novels do? Are poems and novels equally effective in this?

In the last decade, I’ve been reading lots of big Victorian novels - and I suppose you could argue that, in their ‘bagginess’, they have more room to develop long-term relationships and trace the consequences of the choices made by characters in those relationships. What matters the most to me is not just the ‘happy ever after’, but what happens afterwards. Leo Tolstoy and, to an extent, Trollope analyse the world beyond the moment when we say ‘I do’. But short poems can help us think through life-long emotions. Robert Browning’s poetry has, for example, a particularly good sense for bickering, which you might say is a good part of any long term relationship. His poems about love often end in murder though, so perhaps it’s not the best example!

Do you see any trends in authors’ representations of love across different time periods? Do authors repeat the same love stories over and over again?

The real problem is how to write about love or how far love can be written.

I don’t think that I can adequately answer that question! It is so hard to draw clear lines and articulate a complete perspective… I would just say that most writers in many different time periods, from Chaucer and Shakespeare to modern authors, have been worried about whether love is a ‘construct’ in some ways or how far there is something essential in love, each in their own personal way. And perhaps many of the best writers – throughout time – are united in their sense that love, once spoken, may fall flat – that the deepest and freshest feelings may seem like some weary cliché.

You have worked on some postmodernist writers, closer to the present day, like Beckett or Martin Amis, who depicted violent kinds of love, sometimes even sexual abuse. Can you (or should you) empathise and learn something about tenderness from this approach or does it simply destroy love?

I’m not sure how to adequately answer this question –but it’s an interesting one. Works by writers such as Amis or Beckett or Pynchon certainly make us think about ideas of the violence of love, and violence in love. Beckett’s novella First Love is one of the most stylishly brutal things you will ever read despite its tender title. But it is not just about the shock or the horror. Perhaps a work like this essentially reflects the difficulties of being and loving beyond the self, and behind all their explicit content and experimentalism, and we can learn a lot about that in relation to love in general. The way in which a novelist such as Amis works is also peculiar, because he explicitly looks back to the ideal of 18th century sentimentalism – there’s an yearning for love beneath his prose.

It all comes down to the real problem of how to write about love or how far love can be truly written. I am fascinated by Geoffrey Hill. He is for me our greatest poet of broken love, whose words themselves are broken. He wrote a series of poems in memory of Princess Diana as part of his book Speech! Speech!. One of them alludes to that awkward moment when Diana and Charles had just got engaged. Charles was asked by journalists if he was in love and he said "Yes, of course", adding awkwardly "whatever love means."

Can literature create the same feelings as love in real life (for example, can one fall in love with a character)? How far do books influence our social views of love, or vice versa?

Well, I haven't myself fallen in love with anyone in a book - yet. The critic Martha Nussbaum writes about having fallen in love with a character in Dickens, so it might be possible! If you’re interested in this, then Woody Allen wrote a hilarious story called ‘The Kugelmas Affair’, in his book Side Effects, in which he pictures a character going into the fictional, novelistic world of Madame Bovary and having an affair with her.

"It's hard to know the extent to which books influence society. The author, François de La Rochefoucauld wrote that some people never would have fallen in love if they hadn’t heard – or read –  about it. But you could also say that such narratives are in fact modelled from life. I’d think I’d like to believe that there’s something innate in love, that we are destined to search for attachment, but that this raw feeling is then shaped by what we take from the fictions that surround us, fictions which take many forms."

In her latest research, Sophie is now exploring the links between medicine and literature, particularly regarding issues of emotion and love. She also acts as a consultant and tutor on a course about literature for General Practitioners.

Finally, I asked her if she could give us ‘literary prescriptions’ for the heartbroken who might be reading this.

Sophie suggests that "for solidarity, if you’re miserable, perhaps you could read Dodie Smith’s I Capture the Castle, a great work about unrequited longing. But perhaps it might be better to distract yourself, with P.G. Wodehouse or Sherlock Holmes. Or how about Byron's Don Juan, a book which can make you laugh and rethink love… and which remains wonderfully unfinished!"

What can we conclude with all the interviews in mind? Our cultural perception of love may change whilst the biological processes stay the same, so the common idea that we change our romantic ways as we get older is only partly true. Nevertheless, Sophie Ratcliffe does agree with the other interviewees that there is some kind of romantic essence. It might be down to genes or a literary sentimentalism that reappears in the most cynical writers. I am not so sure of this essence myself, but I have realised how many layers there are in our romances, blurred, mixed and still mysterious! Many questions are left to be asked, but I am reassured after talking to these insightful academics, each from her or his unique viewpoint, that how love works must always depend on individuals’ personal qualities, from your individual genes to your individual choices of books. That’s something for each of us to think about! 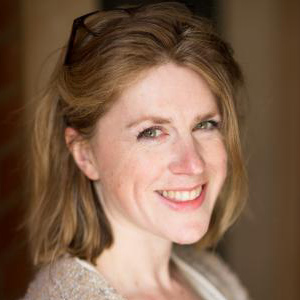 I’m interested in ideas of emotion, the history of how we feel, and how books shape feelings, and this is what drove my first book On Sympathy (Oxford: Oxford University Press, 2008).