Porcelain Phrenology Head: phrenology is the study of the shape and protuberances of the skull, based on the now discredited belief that they reveal character and mental capacity.
Image ID: Shutterstock

'Learning is about motivation. It is dependent on reward signals. The more we enjoy learning, the more effective it becomes.'

Michael Kohl is from the Department of Physiology, Anatomy and Genetics. His key research interest is information encoding in the brain. In Oxford more than anywhere else, the question of how we learn and process knowledge – and how can we make it better – seems pertinent.

Do you think humans have learnt more because we enjoy it more?
'Being able to learn quickly from actions and adjust reactions provides a significant evolutionary advantage. So one could construct an argument for the enjoyment of learning in humans purely on evolutionary fitness. Most learning processes involve some form of internal reward signal – even traumatic experiences, where this reward signal would be negative. In the brain, a chemical called dopamine commonly mediates this reward signal. Release of dopamine conveys the feeling of enjoyment. There have been lots of memory experiments in smaller animals, such as snails and fish, and they can learn and make associations too. But I don’t know if you could say that these animals "enjoy" learning. In fact, they might not have much time to learn things not related to their immediate survival at all.

'I think we as humans are learning a lot because we have the spare time, we’re not (generally) defending our livelihood, and we now have long and unusually stable lives, compared to our ancestors. If you have the spare time, it’s just something to do – you learn new things. That’s usually associated with a reward signal since this new knowledge could increase your evolutionary fitness in the future – you might be able to impress a potential mating partner at a pub quiz with a whimsical piece of knowledge.'

Could you tell me more about your work and that of the Department of Physiology, Anatomy and Genetics (DPAG)? How much of a crossover is there with the Psychology Department and the Nuffield Department of Clinical Neurosciences, for example?
'Experimental Psychology sits over the road, they have their own building – they do more of the human experiments in psychophysics (the study of how we perceive stimuli). My department, DPAG, takes in a high-level view of a multitude of different disciplines: there’s neuroscience, physiology, anatomy, metabolism, development & reproduction, genetics. Within neuroscience there’s Kerry Walker, Jan Schnupp and Andy King looking at auditory neuroscience, and Kristine Krug and Andrew Parker looking at visual neuroscience. We’re particularly looking at neural processing of touch and other sensory input, but, because of my past research, I also look at memory.

'Our long-term goal is to understand how sensory input contributes to us making memories. We know that activity in neurons in specific areas on the surface of the brain, the neocortex, encodes and then decodes sensory and motor input. In turn, evolutionary older brain structures located under this cortex, such as the hippocampus, are key for memory formation. How neural activity from sensory and motor processing in the neocortex links to the hippocampus, we have no idea. There is an anatomical link, but how these areas talk to each other, we don’t know.'

How are you going to go about finding how these two systems interrelate?
'We are trying to combine investigations at the cellular, neural circuit, systems and behavioural level for a complete picture. Recent technological advances allow us now to optically record and manipulate many hundreds of identified neurons in an awake, behaving animal. This approach is key to linking the different levels of investigation. I’ve run a lot of experiments in the past with mice running around mazes looking for condensed milk or cheese or something, while recording activity from brain cells, or manipulating activity using optogenetics or some other genetic "trick" where you can modify and precisely activate or deactivate selective types of cells while the animal is doing something. Under that system, just by turning the light on or off you can activate selective parts of the neural circuit and see what the effect on behaviour is while also seeing what parts of the brain it fires up.'

You mentioned your past research. Tell me more about your academic progression from undergraduate to early career research fellow.
'In 2005 I moved from UCL to Oxford for a 4-year DPhil Fellowship from the Wellcome Trust with the OXION Initiative. I ended up in a lab here looking at brain slices. I was trying to understand more about rhythmic brain activity during sleep. The deep sleep phase is also called "slow wave" sleep, because when you put electrodes on to your scalp you can record a slow wave: the neurons are active for a second and then they’re inactive. They do all of this in synchrony. We were able to reproduce the same kind of activity in a piece of brain that we kept alive in a dish for 6 hours, which enabled us to look at the mechanisms that control this activity in sleep.

'One type of neuron is important for stabilising the active part, and a different set is key for turning the activity off that’s why you get the up and down which forms a wave. So we were able to identify the neural circuit elements that control this slow wave.

'At the same time I worked with Oxford chemists and engineers on the development of new pharmacological tools and a better microscope. I also started using optogenetic tools that allow you to use proteins from algae to control activity in brain cells with light. Algae use these proteins to orient themselves towards light sources. Based on methods first developed by DPAG’s Waynflete Professor, Gero Miesenböck, we used these proteins to activate and silence specific neurons in the hippocampus. During my postdoc in Cambridge, this technology enabled me to show a functional difference between the hippocampus on the left and the right side of the brain at the cellular (brain slices) and behavioural (animals running in mazes, looking for rewards) levels. I then moved to the University of California, Berkeley for a year to learn how to do optical recordings in awake animals before returning to Oxford in 2013 to set up lab here.'

Is it more difficult to get that kind of research done because it is more difficult to get that part of brain to stay alive on a dish?
'Partly, the cut brain slice is a highly artificial model. There’s a danger of trying to do too much with a slice, to ask it too many questions. The real living brain is very, very plastic; it can undergo changes in seconds. You’re trying to extrapolate too many conclusions from data that is limited. That was my issue, during my DPhil – I felt limited. I wanted to understand how the systems worked, how behaviour comes about. So I left that area of research and went to Stanford and started some behavioural work. Then I brought that to Cambridge for my postdoc and looked at learning and memory.

'Previously, we found in the dish that the left and right side of the hippocampus does different things. The big idea there is that if you want to increase an association between two things, you increase the neural efficiency of that connection, that’s how you form memory – that’s the hypothesis. We found that, in the hippocampus, input from the left side of the brain is plastic, it can undergo this change, whereas input from the right side can’t do that. That would suggest that the left and the right side do different things during learning and memory.

Vertical cut through a mouse brain showing the expression of the light-sensitive protein channelrhodopsin in a part of the hippocampus on the left side of the brain (bright yellow) and the processes sent from this area to parts of the left and right hippocampus (faint yellow).

'It’s not my research, but the case of Henry Molaison is a really interesting case study into the effects of the hippocampus. Henry was treated for epilepsy in the 50s in the US; they removed most of his brain’s temporal lobes on both sides, including his hippocampus (this wasn’t standard procedure, but in this case that’s where he was having the seizures and the surgeon couldn’t foresee the effect of removing it.) After he had the operation, he was not able to form any new memories. So he would meet someone, but half an hour later he would have no recollection. He remembered everything up till the operation. He was stuck in the 50s for the rest of his life.'

What has it been like working at Oxford?
'There are very few places in the world that are multidisciplinary and excellent in all those different disciplines. Of these, I feel there aren’t many that are as accessible and level in hierarchy – you can just go to any professor or postdoc, ask them a question, ask them to use their kit or expertise, and that opens so many doors. Our research is extremely multi- and interdisciplinary; it's fantastic to be able to openly work with different fields of expertise. Lastly, the college system really helps: you sit at dinner and explain what you are working on to someone else and unexpectedly you make all these connections about crossovers and unexpected potential collaboration points, serendipitously. I missed that greatly when working in the US.'

What would you like the legacy of your research to be?
'Trying to find and create knowledge that improves our understanding of how the brain works. I hope that people will interact with the research and that it will foster this curiosity with new researchers. But really I hope for myself just to carry on being curious about things, just for curiosity's sake, and to communicate what I find – we need to involve the public. It's a great, great privilege to work on your own research, but we should be aware that it can go away any time.'

What gives you most job satisfaction?
'Being able to toy around and follow my own curiosity – this is my dream job. Growing up, I was doing chemistry experiments in my garden shed; I was always really interested in science. If I didn't get a job in science, I probably would have had to have my garden shed lab. So having a daytime job that’s not just paying the bills but lets me pursue what basically is my hobby, my passion, that’s fantastic.'

Michael's DPhil at Oxford was funded by the Wellcome Trust Oxford Ion Channel Initiative. He is now an Early Career Research Fellow at the Department of Physiology, Anatomy and Genetics, funded by the ERC, HFSP and the John Fell Fund. 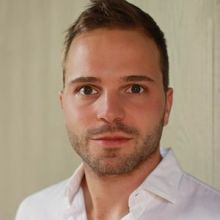 Michael Kohl is an Early Career Research Fellow in the Department of Physiology, Anatomy and Genetics and a Fellow of Christ Church College.