An Oxford academic has begun a long-overdue investigation into the psychological effects of fiction on readers – especially those suffering from eating disorders. 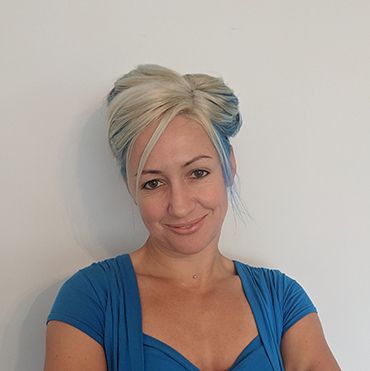 Dr Emily Troscianko
In ‘A Hunger Artist’, Franz Kafka writes of a man who fasts for a living. He travels from town to town, fasting in a straw-lined cage for up to 40 days a time. Eventually, enthusiasm for his feats declines and nobody keeps count of his fasts any more, even the hunger artist himself. As he nears death, he confesses that he only ever fasted because he couldn’t find any food that he liked. After he dies in the straw, a new occupant for the cage arrives – a young panther, brimming with life. Audiences flock to see him.

Much has been made of what Kafka meant with his story, but literary criticism has barely begun to ask about the effects (rather than the meanings) of stories like this, especially on people with particular psychological vulnerabilities. In contrast to analysis of how the mass media can influence eating disorders, this is uncharted territory. All that is soon to change, though, thanks to the pioneering work of Oxford academic Dr Emily Troscianko.

Dr Troscianko, a former Knowledge Exchange Fellow at The Oxford Research Centre in Humanities (TORCH), has embarked on an investigation of how fiction-reading affects, and is affected by, readers’ mental health. Her work, which began with a collaboration with the eating disorders charity Beat, seeks to test two linked hypotheses: firstly, that a personal history of eating disorders may influence the processes and experiences of literary interpretation, and secondly that reading literature may have therapeutic or anti-therapeutic effects on readers’ eating disorders.

Already, explains Dr Troscianko, “the partnership with Beat has yielded rich data from a large-scale survey which asked whether people perceive connections between their reading and their mental health, and if so, of what kind. The response was incredible; so many people have been in touch, telling us how important this topic is.”

In her work, Dr Troscianko draws on her own past experience of anorexia as well as on her research background. Her doctorate and first monograph, Kafka’s Cognitive Realism, applied cognitive-scientific findings and theories directly to the analysis of textual features in Kafka’s works and readers’ potential interactions with them, with a particular focus on mental imagery. Allied with her personal knowledge, she has developed an interdisciplinary yet practical methodology with the aim of improving our understanding of both literary reading and eating disorders.

As Dr Troscianko puts it: “Clinicians engage in bibliotherapy, but with minimal evidence of the effect of the books they suggest on their patients. This will vary, from book to book and patient to patient; some people will read The Hobbit and report that it just makes them want to eat, others might identify painfully with the women in the works of the Brontës and Jane Austen, who often respond to a crisis by stopping eating – by taking up less space and becoming invisible. An empirically tested understanding of all the factors involved is long overdue, and could help to solve one of the 21st century’s great pathological problems, and enrich our appreciation of literary experiences and effects at the same time.”

Thanks to a project running fiction reading groups at Balliol College, Oxford (Books, Minds, and Bodies), as well as her Psychology Today blog (also called ‘A Hunger Artist’), Dr Troscianko continues to bring her work into dialogue with the wider world. She has now published two journal articles and two book chapters based on the survey findings, for which you can find details below.

Publications drawing on the survey data

Troscianko, E. T. (2017). How should we talk about reading experiences? Arguments and empirical evidence. In T. Koblížek (Ed.) The aesthetic illusion in literature and the arts (pp. 237-272). London: Bloomsbury.

'I was an avid reader of fiction before my daughter was diagnosed with restrictive AN in May 2011.  Now, I rarely read fiction as seem to be stuck in more academic text materials and research.  Managing her illness via “life stops until you eat” was so stress-inducing that, that nearly 4 years later, I find it difficult to sit and read for pleasure.  Although saying that, this survey has ‘prompted’ me to go back to finding fiction I find interesting.'

'Thinking about my body /shape / weight / eating habits generally makes me feel worse, many things can bring this on but I would say the mention of eating disorders does. Unless in a positive light (like helping with research via a survey :)'

'I would suggest that, in my own experience, ED books have brought both comfort and destruction to my thought processing, depending on whether or not I am healthy. However, when I am ill, I can twist the words of ANY book into a message to support my disorder. For me, it is not the genre, as much as it is the state of mind of the reader. However, as I am both a psychology student and a struggling bulimic, so I cannot honestly tell you if my current opinions are strictly observational or extremely suggestive of relapse. Best of luck :)'