Two projects led by Professor Peter Rothwell, from the Department of Clinical Neuroscience, University of Oxford, are leading to major improvements in the effectiveness of stroke prevention. 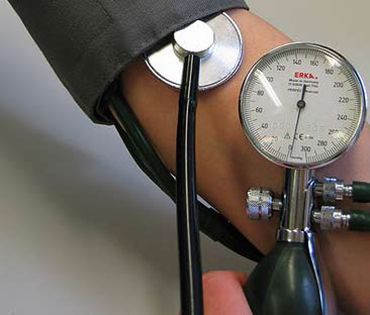 Results from the study indicated that existing treatments reduced the risk of major stroke by about 80%.

First, results from a series of studies of urgent prevention after a minor stroke have been used to redesign stroke-prevention services in the UK and elsewhere, and informed the Department of Health's National Stroke Strategy. Professor Rothwell and colleagues showed that the early risk of a major stroke after these more minor 'warning' events was much higher than had previously been supposed and that urgent assessment and treatment were therefore required.

Results from the study (named EXPRESS) indicated that urgent use of existing treatments (including antiplatelet drugs, blood pressure-lowering and cholesterol-lowering drugs) reduced the risk of major stroke by about 80% compared with standard treatment. This strategy is now being rolled out across the UK, with the expectation of preventing about 10,000 strokes per year and saving the NHS up to £200 million in acute care costs alone.

The second study has made important advances in understanding how best to prevent strokes related to high blood pressure, which is the most common cause of stroke. Clinical guidelines on management of high blood pressure focus on measuring and treating the average underlying level of blood pressure, but Professor Rothwell and colleagues showed that variability in blood pressure is also a very powerful risk factor for stroke.

Crucially, they also found that some drugs currently used to treat high blood pressure actually increase variability and therefore, paradoxically, increase stroke risk despite lowering average blood pressure, whereas others reduce both variability and the average level and are therefore much more effective in preventing stroke. Given that about half of all adults in the UK have high blood pressure and that stroke is the most common complication, these findings have major implications for the identification of individuals at risk of stroke and for effective prevention.

‘This work could have a huge impact on the future prevention of strokes.’