In 2009, the Queen's Anniversary Prize was awarded to the University of Oxford's Bodleian Library and University Library Services for their outstanding quality and high level of public benefit. 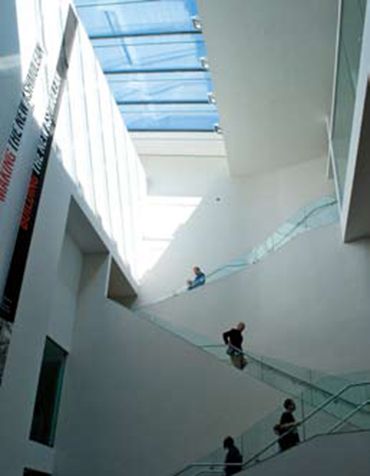 Through the inclusive outreach programmes of Oxford's museums, botanical gardens, research collections and libraries, the public benefits from, and contributes to, centuries of investment by the University. The Queen's Anniversary Prize recognises the University's excellent record of outreach to schools, teachers, lifelong learners and the public, while maintaining its commitment to teaching and research.

The tens of millions of objects in the collections form one of the largest and most important repositories in the world. They support world-class levels of teaching and research at Oxford and also provide free and accessible resources for the general public.

In recent years, the libraries, museums and collections have dramatically expanded their capacity to welcome members of the public of all ages and background and engage them in big issues like global warming, biodiversity, ethnicity and evolution.

A series of education programmes run by the University include initiatives to send objects and experts out to schools, shopping centres and more traditional venues such as exhibition galleries in order to inspire a wider interest in science, art and history.

The University also shares its unique resources beyond the British public by loaning objects to other institutions and museums worldwide. The collections have had surprising impacts in unexpected areas. For example, the oldest yew tree in the Botanic Garden, planted in 1645, is a particular species of yew that is now the source of the drug Taxotere, which is used for the treatment of breast, ovarian and cervical cancers.

Teacher who used the Ashmolean Museum to support curriculum-based learning