Dr Jeremy Howick’s application of philosophical approaches to health science has helped shape how we leverage placebos in clinical trials and treatment, and determine the quality of evidence required in ‘evidence-based medicine’. 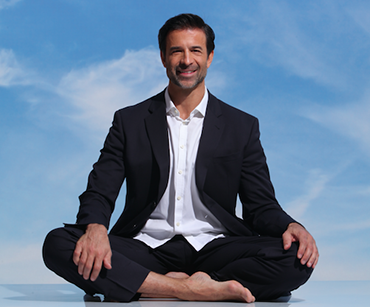 Jeremy Howick
The use of placebos in clinical trials is widespread. Many scientists believe that allocating a patient control group with a placebo is the most secure way to test the safety and effectiveness of a new drug or treatment, but it raises many ethical issues.

Placebo trials often involve some deception, as patients may believe what they have been given is a new drug, or established treatment, rather than a placebo. Patients are not usually told the composition of the placebo so will be imbibing unknown substances. And taking part in such a trial may deny patients the opportunity to receive an existing effective treatment that would help them.

Despite these ethical concerns, placebo trials are usually justified by the claim they are more robust than trials comparing two active therapies. Dr Howick used conceptual and empirical ideas about evidence, and the definition of what constitutes a placebo, to question this assumption. The article, Questioning the Methodologic Superiority of Placebo over Active Controlled Trials concluded that placebo trials do not in general provide better evidence.

Howick and colleagues went on to develop ethical criteria for placebo-controlled trials; and to call for clearer reporting around the use and composition of placebos in trials, recommendations taken up by the Consolidated Standards for Reporting Trails, used by top medical journals including The Lancet and British Medical Journal.

On the wider question of what constitutes ‘good evidence’, Dr Howick was invited to participate in the working group to update the Oxford Centre for Evidence-Based Medicine’s 1998 Levels of Evidence which provide guidance on what constitutes appropriate evidence for medical investigations. The updated version, published in 2011, included a more robust definition of appropriate evidence in the light of Dr Howick’s analysis in The Philosophy of Evidence-Based Medicine. This work has since been incorporated into numerous clinical recommendations and widely used by care-givers, patients, and policy makers.

A 2014 paper Evidence based medicine: a movement in crisis? by Greenhalgh, Howick, and Maskey raised significant concerns about overreliance on the evidence agenda and called for evidence to be considered along with the particular context, and utilising professional expertise, to ensure patients receive optimal treatment. The paper has been widely cited and extremely influential in defining what constitutes good evidence.

More recently, Dr Howick and colleagues have shown that placebos may be effective even when patients know they are placebos. He is also promoting the implementation of placebo effects without placebo pills with his research on positive, empathic communication.

“Jeremy Howick’s research on empathy in healthcare is changing the way we understand healthcare, what most patients need, and the benefits and limits of technology. This will increase value for both individuals and populations and is of global importance.”