Researchers at the University of Oxford have made the case for sugar taxes to reduce obesity and boost health – influencing policy in Mexico, Ireland, and the UK. 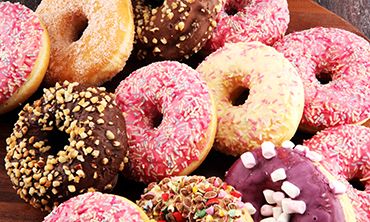 Sugar is a now a huge part of our everyday lives. Cheap, easily available, and to many people delicious – what used to be a rare treat is now part of the daily diet, in sugary drinks, cakes and biscuits, and added to many processed foods.

But regular consumption of sugar-laden foods can lead to obesity, which is associated with a range of health conditions from cancer and heart disease, to type 2 diabetes. Globally, obesity and being overweight account for around 5,000,000 deaths, every year, and consumption of sweetened beverages nearly 250,000 deaths.

Although the public health impact of excess sugar is clear, until recently there had been little attempt to address the issue through interventions such as taxes on sugary products. “Governments were reluctant to impose taxes on consumers’ preferences and manufacturers didn’t want to change popular products, so it was all down to the individual to make healthy choices,” explains lead researcher Professor Peter Scarborough. However, Oxford University research and policy engagement has helped to shift public and policy attitudes on the issue over the last few years.

Research published in 2016 led by the University of Oxford in collaboration with the Mexican Ministry of Health and the National Autonomous University of Mexico, showed that diabetes was responsible for twice as many Mexican deaths as had previously thought, accounting for over a third of all deaths of those between 35 and 74 years old.

At the same time, University of Oxford modelling of the impact of health-related food taxation policies, conducted in collaboration with Reading University, showed that a 20% tax on sugary drinks could reduce the prevalence of obesity in adults in the UK by 1.3%. Further modelling with the University of Dublin indicated similar results for Ireland.

Researchers engaged with policy makers throughout the research process and shared and discussed the implications of their findings, with a view to informing health policy.

In Mexico, discussion of research evidence with the Mexican Ministry of Health led to official recognition of diabetes and obesity as epidemiologic emergencies, and the introduction of a wide range of health policies to tackle obesity including promoting healthy eating and physical activity, as well as the introduction of a sugary drinks tax.

The introduction of the tax in Mexico in turn influenced policy thinking in the UK, particularly the 2014 Public Health England proposal for a tax on high sugar foods and drinks. The proposal was discussed at the UK Parliamentary Health Select Committee’s inquiry into childhood obesity in October 2015, with Professors Susan Jebb and Peter Scarborough presenting oral evidence to the committee. Building particularly on Oxford’s evidence and policy engagement, the Committee recommended a sugary drinks tax in the UK in October 2015.

The research also attracted extensive media attention and discussion and contributed to a significant change in public attitudes to sugary drinks taxes. Features on TV programmes such as Trust Me I’m a Doctor (2014), and a contribution to a documentary by celebrity chef Jamie Oliver, led to greater public acceptance of the idea of taxes to promote healthy foods.

The Select Committee evidence and report, and increased public willingness to accept a sugar levy, led to increased political support for the proposal and the introduction of the UK Soft Drinks Industry Levy (SDIL) in March 2016. In Ireland, the research influenced a 2016 recommendation by the Department of Health for a similar sugar levy, introduced April 2018.

An evaluation of the tax in Mexico shows that purchase of drinks attracting the tax fell by 7.6%, between 2014 and 2016. Models estimate this would lead to a reduction of nearly 200,000 cases of diabetes in the period 2013 to 2022. Further research by Oxford University indicates that the SDIL incentivised many manufacturers in the UK to reduce sugar in soft drinks, reducing population exposure to the health risks of liquid sugars.

Internationally, the success of the sugary drinks tax in Mexico led the World Health Organization to support the use of taxes to reduce consumption of sugary drinks, contributing to the decision of over 40 other countries worldwide to introduce similar policies.

Peter Scarborough comments: “The SDIL has already made an impact in the UK and influenced other policies worldwide, which should all feed through to reduce disease and better health outcomes over the coming years.”

"The success of the Soft Drinks Industry Levy has demonstrated that fiscal measures can lead to positive changes in consumer and industry behaviour. Researchers at Oxford University were integral to both framing the recommendations of the sugar tax for policy makers and showing its overall impact, which helps us as campaigners to understand how fiscal incentives could further be applied to create healthier food environments."