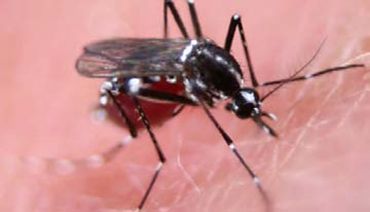 The Aedes aegypti mosquito is found in over 110 countries.

Dengue fever, which causes excruciating pain and death, is spread by the Aedes aegypti mosquito. Originally native to Africa, the insect spread throughout the world following the second world war, and is now found in over 110 countries. As a result, incidence of dengue fever has risen 30-fold in the last 50 years, and now costs the world an estimated £3.5 billion annually.

Because no specific drug or vaccine exists, attempts to halt the disease’s spread have relied -- with little success -- on pesticides and education to control the Aedes aegypti mosquito. Decades ago, US scientists began to produce sterilised male insects in the hope that their introduction to the wild would reduce the number of offspring and decrease incidence of dengue. The theory was revolutionary, proving successful against some agricultural pest insects, but the radiation used to achieve sterility had adverse effects on mosquitoes.

Inspired by the concept, Prof. Luke Alphey, from the Department of Zoology at the University of Oxford, developed a genetic modification technique which stymies the reproduction of the mosquitoes. In order to develop beyond larval stage, the offspring of Alphey’s modified male mosquitoes require an antibiotic called tetracycline, which is impossible to obtain from natural sources in their habitat.

When released into the wild, these males mate with females and their offspring never develop into adults. The result is a targeted and gradual decline in the population of the Aedes aegypti species wherever it is introduced. The concept was patented in 1999, and then developed into a commercial spin out called Oxitec Ltd in 2002.

As with any GM technology, Oxitec has received criticism. But, unlike other GM products, these mosquitoes don’t spread their genes down the family line or to other species. What’s more, Oxitec is confident that, as an alien, invasive species in most dengue-endemic countries, their eradication does no harm to the ecosystem.

It’s not just speculation, either. Oxitec has already conducted field trials in in Brazil, Malaysia and the Cayman Islands with great success, in the process earning itself the title of BBSRC Innovator of the Year in 2009 and winning the Wellcome Trust Translational Award in 2011.

Now, plans are afoot to extend the trials. The the long- term goal the company has set for itself is to reduce populations of disease-carrying mosquitoes by over 80% for as little as £3 per person per year in the areas in which the technique is used. If it can achieve that, dengue fever may well become a disease of the past.

Funded by: BBSRC and the Wellcome Trust

‘When we started the trial we were seeing Aedes aegypti in about half of the traps we set in and around people’s homes. Now we see hardly any... We are very excited by the result.’