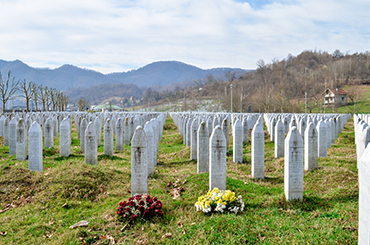 If we wish to counter dangerous ideologies and political extremism, then a better understanding of how such ideas take root is essential.

The mass killing of civilians, both in and outside armed conflict, is one of the greatest challenges facing human civilisation. Around twice as many civilians as soldiers were killed by deliberate political violence in the 20th century, and recent events in Darfur, Syria and Iraq, as well as the rise in terrorism since 2001, highlight the endurance of mass killing into the 21st century. How can political ideas drive such violent actions?

This project examines the role of ideology in mass violence against civilians, and attempts to understand the ways in which ideology drives violence. A wide range of scholars, governments, international organisations and public commentators agree that ideology matters, but its precise role in violence is poorly understood.

Through empirical study, this project will clarify how we should understand, evaluate and theorise ideology in research on political violence. Drawing on six case studies, examining the role of ideology in mass killing by Nazi Germany, the Soviet Union under Stalin, the Allied powers in their aerial bombardment of Germany and Japan, the terrorist campaigns of Daesh and Al Qaeda, the Rwandan Genocide and the Guatemalan Civil War, the project will develop theoretical and empirical understanding of the role ideology plays in mass killing.

The findings of this project will further our understanding of how ideology can make mass killing more likely, and the role it plays in legitimating and encouraging violence. If we wish to counter dangerous ideologies and political extremism, then a better understanding of how such ideas take root is essential.