As we celebrate women’s contribution to scholarship and progressive change at Oxford, and mark 100 years since the first women were awarded degrees, we take a look at what the facts and figures tell us about the progress Oxford University is making in the 21st century

The University of Oxford is committed to fostering an inclusive culture which promotes equality, values diversity and maintains a working, learning and social environment in which the rights and dignity of all its staff and students are respected.

In 2005, the University was a founder member of the Athena SWAN Charter, which initially focused on increasing the representation and promotion of women in science, technology, engineering mathematics and medicine (STEMM) careers in higher education and in 2015 was widened to cover all subject areas. In 2017, the University set a target that by 2021 all eligible departments should engage with the Charter. Currently, 75% of departments have applied and two thirds of Oxford departments hold Athena SWAN departmental awards - 18 Silver and 15 Bronze.

The University has held an institutional Athena SWAN Award since 2006. The latest University institutional application was submitted in 2017 and gained a Bronze Award. The University will apply for a Silver Athena SWAN institutional award in April 2021, with the Equality and Diversity Panel, acting as the self-assessment team. This application will provide evidence of the impact of our previous actions as well as set ambitions and develop plans for 2021-25. We will consult widely on proposed actions later in the year, and use the results of the 2020 Staff Experience Survey to identify priority areas for action.

The University has made progress towards equality of access for women as students:

However, there remain key areas of challenge: 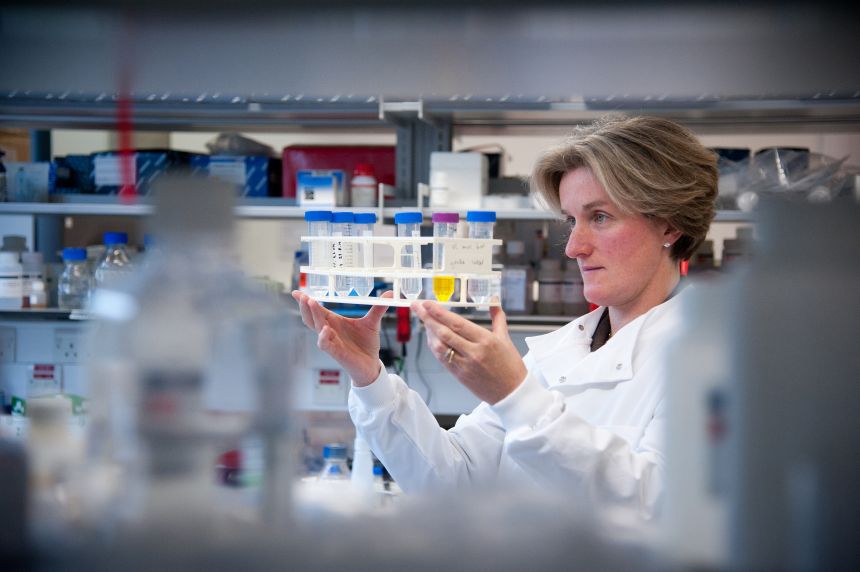 Medical scientist at work in her laboratory

Across the University, a variety of positive action initiatives are underway to increase women’s participation in subject areas where they are underrepresented. These include school outreach projects, profiling of women role models in STEMM careers, targeted networking and mentoring and scholarships for women scientists. Targets are being developed to reduce the gender attainment gap, with guidance offered to departments on how to take initiatives forward.

Promoting women’s representation and leadership is another key area of ambition where the University is making progress:

Slower progress has been achieved in raising the share of women among titular professors and Associate Professors, and women are still underrepresented among heads of department and on divisional boards, particularly in MPLS and the Medical Sciences Division (MSD).

Efforts are being accelerated to increase the representation of women as Associate Professors, alongside other underrepresented groups, in particular BME staff. The University’s Equality and Diversity Unit (EDU) is developing guidance on inclusive recruitment and a new project is being designed to coordinate action on recruitment. Ensuring women’s effective voice in decision making remains a priority at all levels.

The University is committed to addressing the gender pay gap and since 2018, in line with government requirements, has published a gender pay gap report and accompanying narrative each year.

This year’s headlines are that:

Although there is progress on reducing the gap, it will take time to achieve significant change.

Along with the profile of students and staff, the culture of the University has undoubtedly changed since 1920. In earlier decades, women at Oxford had to lobby for access to childcare services.  Today, the University provides generous family leave benefits to employees, access to affordable and quality childcare for both staff and student parents via 450 nursery places (a ratio of 1 per 32 members of staff). The £240,000 annual Returning Carers’ Fund provides small grants to help academic and research staff kick start their research careers following breaks for caring responsibilities.

Despite staff across different categories reporting a positive overall experience of working at Oxford, we know that there are concerns about unmanageable workloads, and about bullying and harassment, with the latter disproportionately affecting women and disabled staff. The University is taking steps to address both of these issues and does not tolerate any form of harassment: