What would make Brexit negotiations better? Here are 8 simple suggestions ... unfortunately, one of them is this: stop using the word "Brexit".

What would it take to negotiate a new trade deal with the EU? Below is an 8-point plan. 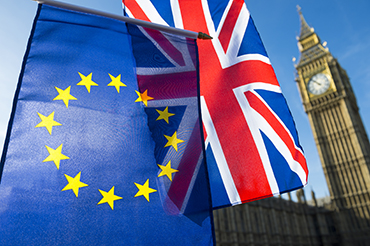 1. Put our best, world-renowned diplomats and negotiators at the helm. Yes, the negotiating team needs trade experts, but at its helm it needs a chief negotiator with excellent international standing, whose reputation will precede him or her in the corridors of the European Commission. The chief negotiator should have a track record for successfully and skilfully negotiating the most intractable international challenges the UK has faced in the past two decades. Northern Ireland? Iran’s nuclear deal? They should have formidable diplomatic skills, political nous, and a sharp intelligence that enables them to absorb and process technical details rapidly.

Surround them with the best international trade lawyers we can lay our hands on (those with substantial experience in drafting actual negotiating texts) drawing on UK nationals in the European Commission, the World Trade Organisation, universities and law firms. Bolster the team with trade-related policy experts that cover the wide range of issues covered in contemporary trade deals - from competition policy, to intellectual property, financial services, and government procurement. Bring in the top policy analysts from the UK’s line ministries and agencies (agriculture, business innovation and skills, the intellectual property office etc), entice home UK nationals providing expert advice in the European Commission, and let the team work together with the private sector and others to identify the UK’s national interests.

There is talk of bringing in civil servants from other countries. While we do need expertise, keep an eye on the long game: don’t bring in negotiators from countries we want to negotiate with in the foreseeable future – there’s nothing worse than the other negotiating parties knowing all your weak spots.

2. Bring businesses and workers close, but not too close, to the negotiating team.  UK businesses, large and small, trade unions, and consumers have a lot of skin in the game when it comes to the EU negotiations. Moreover, civil servants can’t possibly know what precise provisions a specific firm or industry will need in a deal if the UK economy is to flourish.

Harness the interest of these groups to do as much of the analysis as possible. Appoint specific industry liaisons within the negotiating team, preferably with expert knowledge on the industry, to work closely with firms and representative organisations. Request the stakeholders to analyse and evaluate how their industry or sector would fare under different trade scenarios and to provide really specific and detailed submissions to the UK government on the provisions they would like to see in the final EU deal.

Avoid the UK national position being ‘captured’ by the largest and most powerful firms by supporting smaller industry players, consumer groups, trade unions and civil society organisations to develop informed positions. Keep close contact with business throughout the negotiations, but don’t inform them of the UK negotiating position or let them in the negotiating room, so that trade-offs and compromises can be made more easily. Work as a negotiating team to mould the disparate inputs into a national negotiating position, prioritising interests of specific groups in light of the UK’s wider national economic development strategy.

3. Forget national UK politics at our peril. Trade deals can be concluded after years of arduous talks only to be derailed by political opposition at home (ask the negotiators of the TPP, which may never see the light of day). Identify all the key players in the UK and, as far as possible, keep them on board and confident in the negotiating team. Work closely with political parties from UK regions that voted strongly ‘Remain’ and ‘Leave’, make sure these regions are represented on the negotiating team, form close links with their MPs, and hold regular regional consultations. There will undoubtedly be losers in any final deal - look for other ways to ensure their interests are met so that the deal is widely accepted at home.

4. Gather intelligence on the EU position and manoeuvre to soften it. Use the excellent intelligence network of the UK’s diplomatic missions across the EU to understand the position of EU national governments, the European Commission, and powerful sub-national stakeholders (larges businesses, opposition political parties). Identify the fault-lines behind the EU’s current hard-line stance and work to open them up. Specific interests in the EU will lose if there is no deal with the UK, including German car manufacturers, French cheese and wine producers. Work behind the scenes to ensure that each European producer that stands to be damaged from the UK leaving the EU knows about it and lobbies their respective governments to compromise in order to reach a deal.

Now is the time to do this. Crucial decisions will be made by the EU member states as they negotiate among themselves and forge a detailed EU-wide negotiating position. There is a window of opportunity to influence and soften the EU negotiating mandate before it is taken to the European Council and agreed across all 27 member-states, at which point it will be hard to make major changes.

5. Work up credible outside alternatives, signal to the EU, but don’t reveal them. The UK is negotiating from a position of weakness (the costs to the UK of having to access the EU market on WTO terms are greater than the costs faced by the EU of accessing the UK market on WTO terms). We need first to understand in precise terms the costs to both sides of falling back on the WTO option. Then we need to strengthen our outside options. These need to be credible alternatives for the specific export firms that will be hurt by a failure to agree a deal with the EU. This is perhaps the most important move we should make to increase our leverage in the negotiations. (In any asymmetric negotiation, the larger party has little hold if the smaller party can walk away from the deal relatively unscathed.)

Our negotiating team should identify the UK exporters that stand to lose most if we don’t reach a deal with the EU and have to access the EU market on WTO terms. Working with these firms, we should identify the alternative export markets they can sell to most readily and open talks with those governments. This might be joining the TPP, it might be a deal with China, or it might simply be trade promotion of specific UK goods and services in targeted markets. The negotiating team should leak news of regular talks to the media, intimate positive progress, without divulging any details.

All this said, we need to recognise we have relatively few seasoned negotiators. Care should be taken to focus our scarce resources. While it is worth initiating serious talks with those trade partners that provide a credible alternative, we should be careful not to embark on a myriad of new initiatives.

6. Reframe the public and the private debate and drop the Brexit term. Negotiations don’t only happen at the negotiating table. They happen in the wider public imagination and in the minds of individual negotiators. It’s important that we move quickly to drop the Brexit label for any post-EU trade negotiations. We should reframe to a positive vision of a confident UK reaching out and engaging with the world, including Europe. That makes a UK a more attractive proposition to the EU and will psychologically strengthen our own negotiators, particularly if they would prefer we hadn’t decided to ‘leave’ the EU in the first place. Avoiding the ‘Brexit’ term also helps keep more options in play, strengthening the UK’s hand: while ‘Brexit’ signals that the UK has irrevocably left the EU, in practice the UK is likely to want to maintain very close relations. Any trade negotiations need a new and positive label: EU-UK Economic Partnership Negotiations?

7. Develop a detailed negotiating position and strategy but keep it close to our chest. While it is vital that there is widespread buy-in across the UK in the agenda that the negotiating team pursues, it is equally important that the EU’s negotiators don’t know the details of our negotiating position or the tactical moves we intend to make to get there. The moment they know our red lines and how far we will really move if we are pushed, the negotiation is over. The EU negotiators will have every incentive to push us to the edge. Some trade negotiating teams are so concerned about the national negotiating position being leaked that only the chief negotiator and deputy know the full details, with other team members having information on a need-to-know basis. Others take their own encrypted IT servers to each round of negotiations.

8. Identify allies to champion a reformed EU. This final point may be pie in the sky. The UK’s ideal scenario is probably to stay a member of a reformed and more flexible EU. To this end, it is worth pursuing a two-track strategy, identifying and strategizing with reformist political groups in Europe in tandem with embarking on our own post-EU trade negotiations. Were it possible to form a critical and credible alliance it may be possible to champion reform within Europe, providing a viable EU-based alternative. No harm in trying!

Emily Jones is Associate Professor in Public Policy (Global Economic Governance) at the Blavatnik School of Government, University of Oxford.