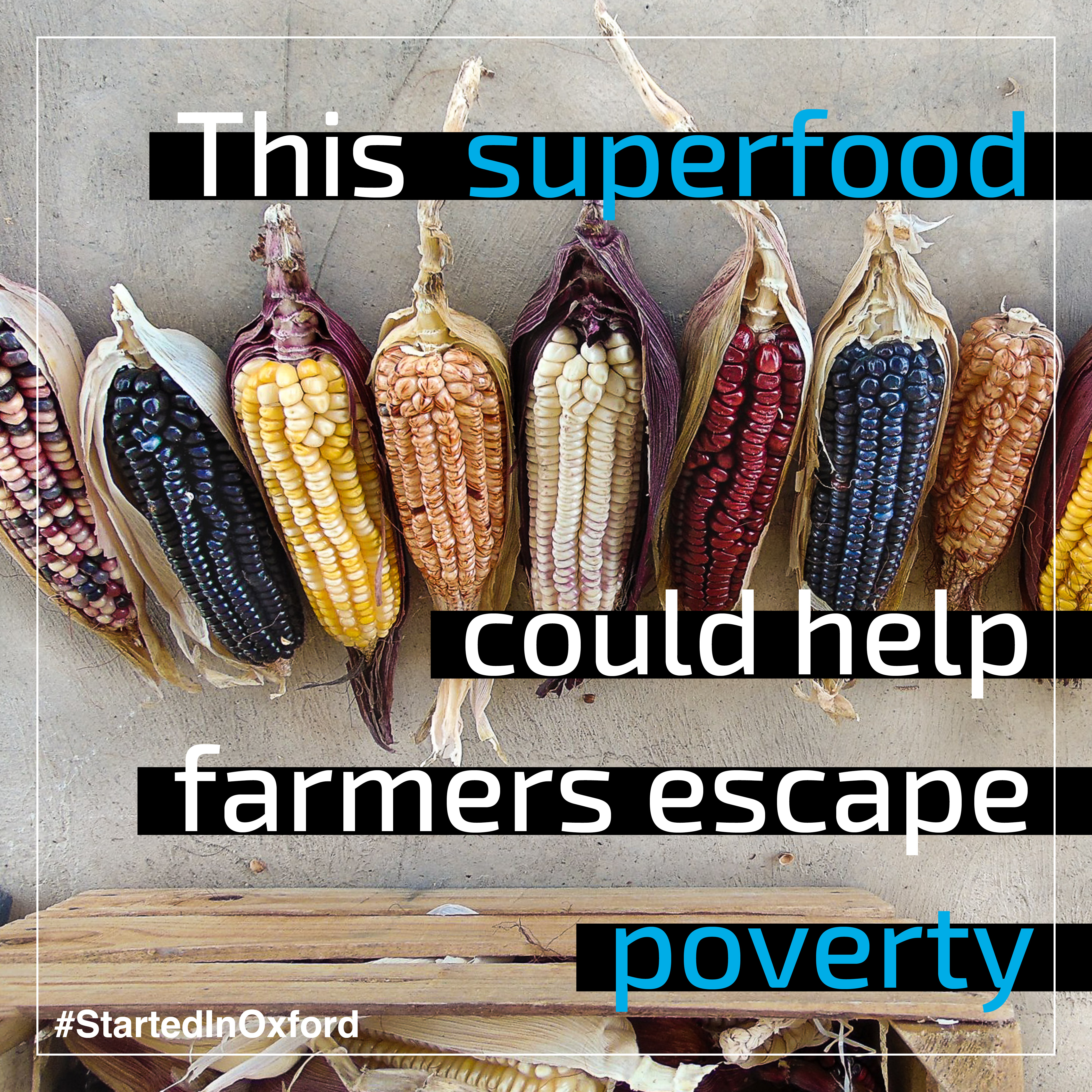 Pinole is a tasty flour made of toasted blue corn. It was first eaten by the Aztecs, but we’re only now seeing its full potential.

As well as being hugely nutritious, the antioxidants that make this corn blue also help fight against cancer, Alzheimer's, and diabetes.

What’s more, Pinole is perfect for intercropping: a traditional process farmers use to grow up to three different crops in symbiosis on a single plot of land, without the need of artificial fertilisers or pesticides, saving tonnes of space and resources. Pinole can also be stored for five years, compared to one year for traditional corn.

Researchers from Oxford University have created a company – colourfully called Azure – to bring this corn back into use in South America, with the hope that it will help farmers by getting this new hued food on our supermarket shelves.

It sounds corny, but this could bring farming back to its roots!