Scientists have identified hundreds of regions of the human genome that are linked with schizophrenia. These findings are exciting because they provide clues to the biological basis of this devastating disorder – clues that may ultimately help us to develop better treatments. However, attempts to understand how genes contribute to the symptoms that patients experience reveal how complex – and poorly understood – the human brain is. 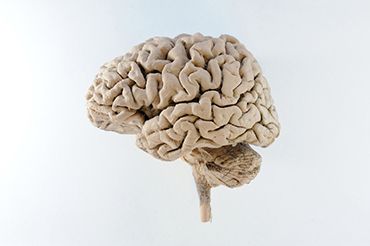 Slowly giving up its secrets.

Schizophrenia affects about 1 in 100 people and patients can suffer from hallucinations, delusions and problems with social interactions. There is no cure and although drugs are available that treat some of the symptoms they can have unpleasant side effects, and they don’t work for everyone.

Schizophrenia results from both genetic and environmental factors. Our genes influence brain development to make us more or less sensitive to becoming ill, given the environment in which we find ourselves. Although having a relative with the illness increases a person’s risk of becoming ill, there is no single gene that causes schizophrenia. Instead, there are lots that, added together, increase the likelihood that a person will become ill. Many of the genetic differences that increase a person’s risk of developing schizophrenia are common in the general population. These differences consist of single “letter” changes in the DNA sequence that “tag” regions of the genome and, presumably, nearby genes, as being important in schizophrenia. Over 100 tags have now been linked to schizophrenia and it is likely that more remain to be discovered.

From DNA to diagnosis

The challenge now is to understand why these tagged regions are linked with illness. Genes encode proteins, not the delusions, hallucinations and other complex symptoms that patients with schizophrenia experience. So researchers investigate how differences in the tagged regions relate to changes in the molecules that form the building blocks of brain cells. They then explore how these changes influence how cells operate within the brain, and ultimately how altered brain function results in the symptoms suffered by patients. However, initial studies demonstrate that moving from genetic tags to patient symptoms will be a mammoth task, and emphasise how little we know about the human brain.

The first gene to be implicated in schizophrenia was given the snappy name “ZNF804A”. The protein produced by ZNF804A binds to DNA and controls whether other genes are turned on or off. By looking in post-mortem human brain tissue, researchers found that the genetic tag associated with schizophrenia affects the amount of ZNF804A produced. However, there were two complexities to this discovery. First, they found that ZNF804A can make different transcripts (intermediate molecules that in turn encode proteins) and that only one of these is influenced by the genetic tag. Unfortunately, the protein produced from the ZNF804A transcript linked with the schizophrenia tag cannot bind DNA and so its function is mysterious. 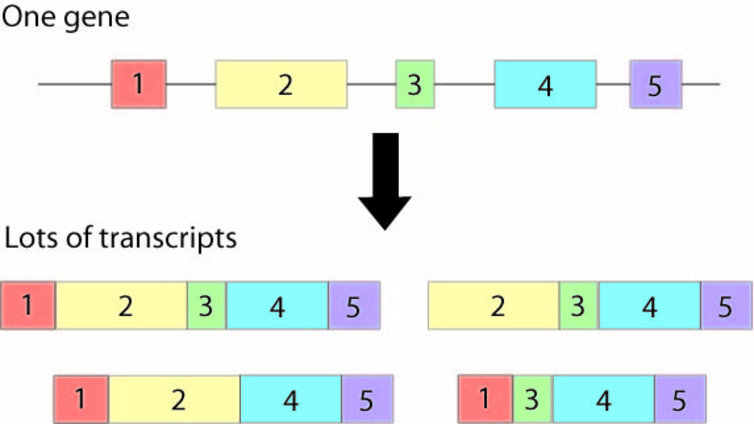 The involvement of novel transcripts in schizophrenia is likely to be the rule rather than the exception. Most human genes encode numerous transcripts, the function of most of which is unknown, and a greater diversity of transcripts is present in the brain than in almost all other tissues. Most of the tags associated with schizophrenia don’t directly influence the sequence of known proteins or the overall amount of transcripts that are produced. So it’s likely that they influence which transcripts are produced, and where and when they are made. The question of when is likely to be particularly critical, since many transcripts near tags that are associated with schizophrenia are more abundant in foetal than adult brains.

In many cases, the particular gene or transcript implicated in schizophrenia is not found in other species. For example, the gene implicated in an increased risk for schizophrenia, discovered in a recent high-profile study, does not have a direct equivalent in mice. This provides an extra challenge for understanding how these genes and transcripts influence brain function, as it limits the extent to which changes associated with schizophrenia can be modelled in rodents. As a result, it can be difficult to understand what effects the schizophrenia-related changes have on a living brain and it makes it difficult to develop new drugs to target these changes.

The identification of genetic tags implicated in schizophrenia is only the beginning of our journey. The real challenge lies not in discovering what the relevant genes are, but why they are the risky genes at all. It’s already clear that in many cases the genes and transcripts associated with schizophrenia may be specific to humans, in particular to the developing human brain, and that the function of many will be mysterious. Solving this puzzle is a huge challenge and will require researchers, from different disciplines, to work together. Doing so has the potential to transform our understanding of psychiatric illnesses. However, these studies show us how complex our human brain is, and how much we still have to understand about how it is shaped by our genes.