Drawing on her research experience in government and public administration, Dr Ruth Dixon won a Parliamentary Office of Science and Technology (POST) Academic Fellowship to work with the House of Lords Library to analyse the legislative process. Here, Ruth reflects on the benefits and challenges of her 2018-19 Fellowship – and her advice to researchers considering applying to the current Fellowship call.

A central role of Parliament is to scrutinize and amend legislation. Hundreds, even thousands, of amendments can be made as a bill proceeds through the House of Commons and the House of Lords. But the overall amount of alteration had not been quantified – until Ruth and her colleague developed a computer-aided method for this purpose.

‘We discovered bills in which more than seventy per cent of lines of legislative text had been amended,’ explains Ruth, ‘but what were these amendments and why were there so many?’.

These questions have significant implications. Radically altered bills can present a huge challenge in terms of timetabling parliamentary debates but, at the same time, it’s often argued that MPs and Peers aren’t given enough time to scrutinize legislation.

‘It was a great opportunity to get to know officials in Parliament,’ said Ruth, ‘and I gained valuable insights and practical help with my project.’

When POST opened their Academic Fellowships call in 2017, the House of Lords Library invited academic proposals to examine how the Lords’ scrutiny shapes legislation. Ruth saw a mutually beneficial opportunity: to extend her own ongoing research into parliamentary amendments, while applying her analytical expertise to shed light on the progress, intention, and influence of amendments made throughout the parliamentary process.

She applied successfully and was appointed to a fellowship with the House of Lords Library.

Using her novel method to measure both the amount of amendment and change in the length of legislation at each stage of the parliamentary process, Ruth was able to create a graphic visualisation of the progress of each bill throughout 2016-17. Her work constituted the first quantitative analysis of the amount of alteration to bills in the Commons and Lords in a complete parliamentary session. This was complemented by two detailed narrative case studies which highlighted how members of the House of Lords develop cross-party support and work in concert with the House of Commons.

‘I had the chance to discuss my project with staff across Parliament ... and my project partners in the House of Lords Library were very welcoming.’

Her report to the House of Lords provided valuable evidence to those whose job it is to improve the legislative process and her graphic visualisations of changes to legislation demonstrated the complementary roles of the House of Lords and House of Commons. With members of the Library research team, Ruth took part in a public-facing presentation about the House of Lords during Parliament Week in 2019. More recently, Ruth was invited to write a guest post for the House of Lords Library blog in which she reflected on the insights that the 2016-17 parliamentary session can provide for the current situation.

The POST Academic Fellowship also enabled Ruth to engage with parliamentary officials and to discuss how academic research can contribute to public understanding of the legislative process:

‘It was a great opportunity to get to know officials in Parliament,’ said Ruth, ‘and I gained valuable insights and practical help with my project.’

‘The fellowship has been an enormously valuable experience and I’d strongly encourage other researchers to make the most of the opportunity.'

‘I had the chance to discuss my project with staff across Parliament - for example, the website and social media teams, people involved in data access, education, and outreach, and officials who work on the preparation and publishing of legislation. My project partners in the House of Lords Library were very welcoming. It was particularly helpful to be asked to describe my project at a team meeting early in the fellowship so that everyone knew what I was doing.’

The fellowship has also been valuable for raising the profile of Ruth’s parliamentary research. During the fellowship, Ruth presented aspects of the study at the Political Studies Association’s meetings in Nottingham and Belfast, and was invited (with a colleague) to contribute an academic case study of the EU Withdrawal Bill for the Institute for Government’s first Parliamentary Monitor report in 2018 – the only external academic study in the publication. She was also invited to take part in a panel on ‘data in parliament’ at the Study of Parliament Group’s annual meeting in January 2020 and has been contacted by researchers keen to apply her methodology to legislation from other jurisdictions.

As Ruth sums up, ‘The fellowship has been an enormously valuable experience and I’d strongly encourage other researchers to make the most of the opportunity. One of the best aspects was the inside view that it gave me of the Palace of Westminster – both to understand the variety of roles that officials carry out and to find out more about the spectacular historic building and other parts of the parliamentary estate.’

What do you think the UK Parliament should be doing? POST’s Academic Fellowship open call is your chance to put forward your ideas and work with Parliament to deliver them. Expressions of interest must be received by 26 June 2020. Further information and guidance is available via the link above. Researchers from the University of Oxford are encouraged to contact the Policy Engagement team with any questions. 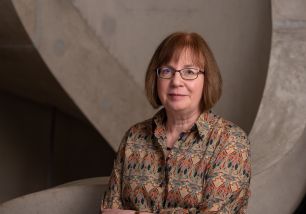 Dr Ruth Dixon is a part-time Research Fellow at the Blavatnik School of Government. She is also an associate member of the Department of Politics and International Relations, University of Oxford, and a college lecturer in Biochemistry at The Queen’s College.