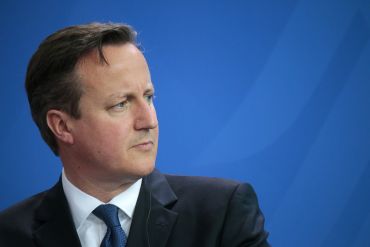 Cameron concerned for the poor.

When celebrity chef Jamie Oliver began campaigning for a tax on sugary drinks he expected a fight, and he was not disappointed.

“The food and drinks lobby might try to present me as a TV chef who has got too big for his boots,” he wrote in the Daily Mail. “But I’m basing my arguments on the evidence of numerous doctors and scientists.”

And Oliver certainly has the backing of healthcare professionals, not to mention the public.

Last month, amid much brouhaha, Public Health England (PHE) finally released its report recommending a tax on sugary soft drinks. The report had been commissioned by ministers to inform the government’s upcoming child obesity strategy. Alison Tedstone, director of diet and obesity at PHE, had previously told MPs that a “fiscal approach” should be considered. The tax has broad based support from public health leaders, the British Medical Association (BMA), the World Health Organisation, global academics and the general public.

But in response to the 150,060 who signed a petition by Oliver in September 2015, the government announced it had “no plans to introduce a tax on sugar-sweetened beverages”. Now David Cameron has personally vetoed the tax on the basis that it would disproportionately impact the poorest families. He seems to have misunderstood that this is a major strength of the policy.

Disincentive is stronger for the poor

Almost all consumption taxes, including tobacco, alcohol and fuel, are regressive; representing a proportionally higher share of a low-income families’ expendable income than those of the rich. Health-related food taxes are no different and evidence demonstrates that the poor do indeed spend a proportionately higher amount on taxed unhealthy foods (although more revenue is generated from high-income households). This means that the financial disincentive is most potent for poorer families.

The poor are much more likely to have unhealthy diets and experience ill health than the rich. This leads to higher costs in the form of prescription co-payments, over the counter medications, travel to appointments and days off work for the self-employed. The inverse care law suggests those who need a health service most use it the least, and vice versa. As a result the poor are more likely to ignore existing health advice than the affluent who often already lead relatively healthy lives.

Behavioural economics and scarcity theory help to explain why poor people are less able to act in their own best interests. The main argument of the influential book Scarcity: Why having too little means so much by Mullainathan and Shafir is that poverty imposes a mental processing “bandwidth tax” that focuses the mind on immediate concerns. For this reason educational campaigns and other “softer” interventions to help people eat more healthily can actually widen inequalities in health.

The rich and well-educated have the capacity to take on new information and change their behaviour to gain a future reward, such as getting a degree or losing weight. Poor people will find it much harder to give up immediate gratification for an uncertain, intangible future payoff. While it is possible to ignore “soft measures”, such as educational campaigns and expanded healthcare services, increasing tax does not rely on the ability to make healthy choices. In fact, because the poor are more sensitive to changes in price, they respond better and experience larger health gains than the more affluent.

An OECD review of obesity prevention interventions concluded that taxes and other fiscal measures are the only interventions that consistently produce larger gains for the poor. This assertion was challenged by British researchers, but real-life evidence from Mexico showed the greatest gains for the poor. Compared with alternative measures such as education, tax has a much greater potential to improve the health of everyone while improving the health of the poor the fastest.

Part of the solution

A sugary drinks tax is by no means a solution to the obesity crisis and would only ever constitute part of a broader strategy. Also the extent to which it falls on the poor depends on how the tax is devised and the different ways that rich and poor people respond to it. A tax on high-sugar organic yogurt will probably affect the rich more than a tax on cheap fizzy drinks. Similarly, if the poor are more likely to switch from buying taxed goods to relatively cheaper, and healthier, untaxed goods then they will bear less of the financial burden.

Evidence from research into taxes on sugar sweetened beverages shows that the amount of money spent each year on a sugary drinks tax is a tiny proportion of overall income; in the order of a few pounds. If the government is genuinely concerned about the fairness of this tax it can redress the balance through altering the rates of other taxes and benefits like tax credits and income tax thresholds. Some countries use the revenue generated by unhealthy food taxes to fund health services targeted at low-income families. It is the combination of all taxes and benefits that impacts the poor, not single policies in isolation.

To dismiss the policy out of hand because it has the greatest potential impact on those with the greatest burden of disease and the hardest behaviour to change is wrongheaded. Cameron should read the evidence laid out in the report commissioned by his government and re-examine his reasoning. If he really wants to help low-income families struggling to make healthier choices, surely the sugar tax is a perfect prescription.