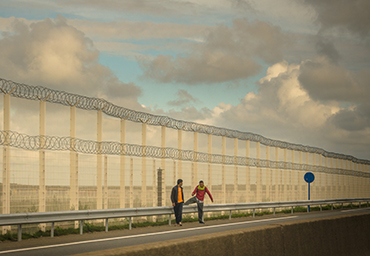 Professor Miller’s writing and research in political philosophy has worked to set a framework for thinking about how immigration can work under democratic control.

What are the underlying values which should guide policy on immigration? In all areas of policy, open debate of the values which inform decision-making is an essential part of the democratic process. Since immigration has implications for many other areas of public provision and economic policy, such public scrutiny is even more important. Yet, the topic of immigration remains fraught and the unprecedented refugee crisis playing out in Europe has heightened the already acute political challenges bound up with public debates.

Professor Miller’s writing and research in political philosophy has worked to set a framework for thinking about how immigration can work under democratic control. He has sought to define principles and apply criteria that will stand public scrutiny and provide a robust defence for difficult decisions. How can we balance competing demands of refugees with the needs of existing citizens, and how can we provide principles and concepts which will allow governments to set priorities and policy?

Miller’s conceptual clarification highlights a distinction between ‘refugees’ and ‘economic migrants’; between individual human rights and the requirements for democratic controls; and between individual freedom of movement within countries and between countries. He sets out the moral obligations states have to protect refugees, to address the factors that force people to flee and to accept ‘burden sharing’ between countries in managing admission of refugees. He considers the serious challenges to ‘freedom of movement’, a fundamental principle of earlier visions of the European Union in the context of the current refugee crisis.

Professor Miller’s research on how to think about immigration is published in his latest book Strangers in Our Midst: The political philosophy of immigration, Harvard University Press, 2016.