Merritt Moore has achieved what some would call ‘the impossible’: a career as a professional ballet dancer and as an academic quantum physicist. Having quite literally danced her PhD, she is just months’ away from completing her degree in quantum and laser physics. Immediately after graduation she will fly to China to perform at the Beijing National Theatre. Having danced since childhood, she sees great crossover between dance and quantum physics. Earlier this year she combined her passions, collaborating on a meditative science-influenced virtual reality experience called Zero Point Virtual Reality, which is currently running at the Barbican Theatre.

Scienceblog met with Merritt to learn more about fusing her talents and achieving success on her terms.

How did Zero Point Virtual Reality come about?

I have danced In a few of [choreographer] Darren Johnston’s productions, including his original Zero Point live performance in 2013. He takes a spiritual approach to his craft, and would often talk about ‘zero-point’ as a state of calm and Zen. I introduced him to the concept of zero point energy as a physics phenomenon. A concept that means that there is always energy, even in empty vacuum, where one imagines no energy could exist. When the Barbican invited Darren to bring back his live production Zero Point, it was a natural progression to continue investigating the notion of ‘zero-point’, but this time using technology and dance. This led us to the virtual reality extension of the show.

We put our ideas together and collaborated with the Games and Visual Effects Lab at the University of Hertfordshire, and now we have a meditation experience running in 360° virtual reality (VR), at the Barbican. The end result is sublime and unique, and I hope people like it. 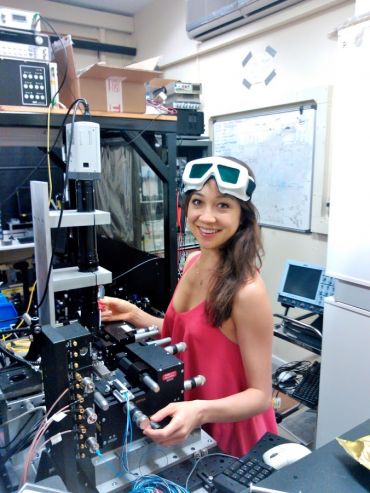 Merritt has juggled her passions of quantum physics and dance since childhood, and sees great crossover between the two.

In what way did you draw on your physics background  for the production?

It is an interactive, sensory experience, people walk from scene to scene, taking in the themes. There are quite a few quantum physics-based elements included. For example, in quantum mechanics the systems are constantly evolving, but the minute you try to measure or interfere with them, they stop.  We’ve incorporated this by having a moving rock that only moves when you are not looking at it. The approach is very subtle, and a non-scientist probably wouldn’t spot the connection, but it is there. Hopefully it will trigger people to think in a different way.

I’ve always felt that physics and dance have a lot in common. I have a confession that I sometimes read more physics papers when I am preparing for dance meetings than I do for my own research. It inspires me and makes me think about a process, and how I would explain it to someone without all the lingo and technical terminology that we scientists are so used to. Sometimes we ourselves get so lost in jargon, that we forget what things mean, so how can we expect anyone else to understand? The dance community are not scientists, so they ask a lot of ‘why’ questions, which can really throw you. In science, people rarely ask why? They work from facts, so it just is the way it is. It challenges you to think differently and try harder to break things down. 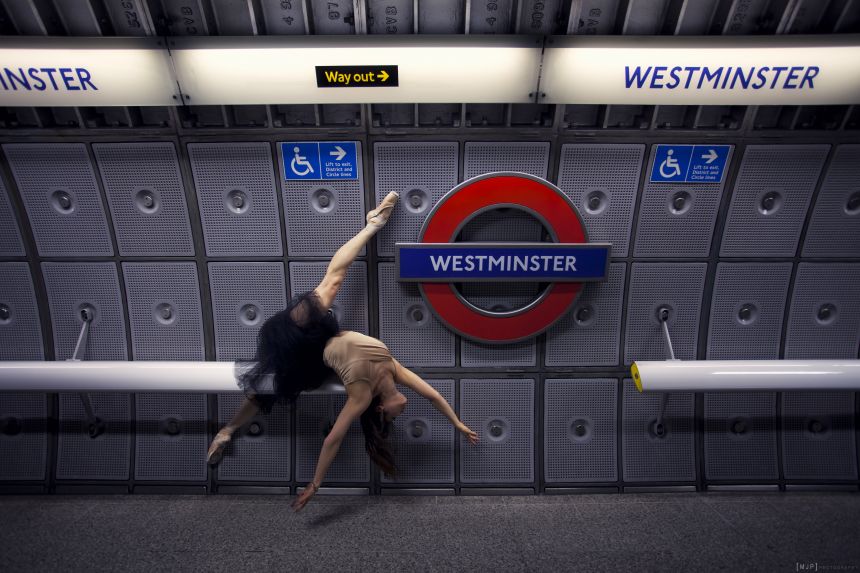 How would you like people to react to it?

The main purpose is to inspire people to view ideas from a different perspective, (literally since with VR you can be placed anywhere).  I don’t want to just regurgitate facts, I want to encourage people’s curiosity.

When did you discover your passions for science and dance?

I started dancing when I was 13, which is considered middle-aged in the dance world - most people start as toddlers. Before I discovered dance I was just a girl who loved maths and solving puzzles. I didn’t talk until I was three, so I would communicate through my puzzles. Then I found dance, and was just like ‘this sits in the box of non-verbal activities, I dig this!’ And then, when I found physics, I felt the same way.

You are in your final year at Oxford, what is your thesis investigating?

I am currently working to create large entangled states of light. The more photons - particles of light, you use, the harder it becomes to maintain their quantum properties. Adding more photons makes the whole project more vulnerable to noise, which can destroy their natural state. Understanding how photons behave when you interfere with them can help scientists to explore quantum mechanics phenomena. 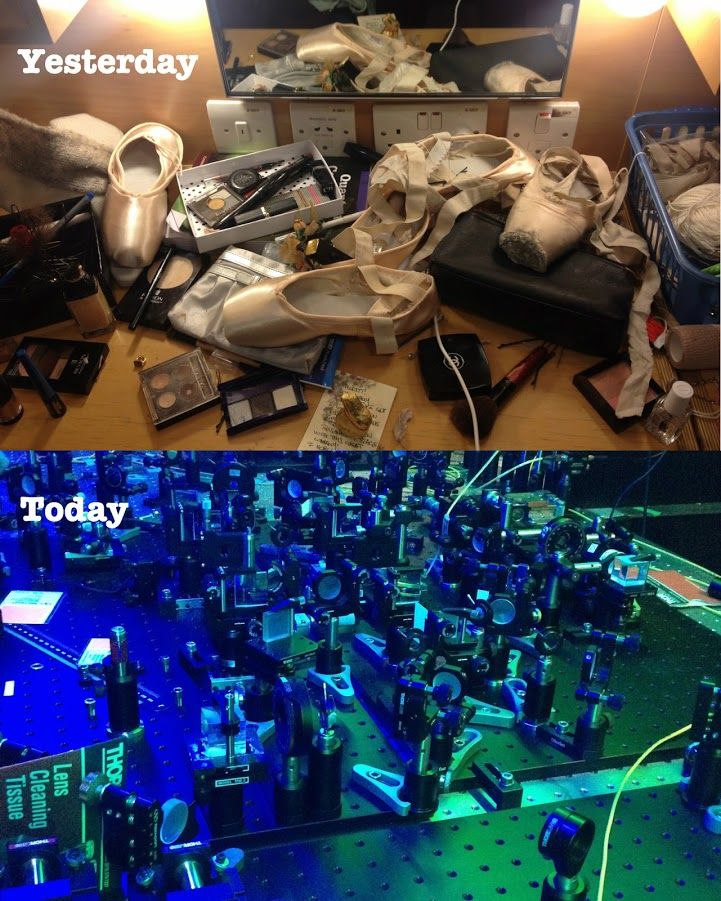 What drew you to physics?

I love the creativity. Visualising and probing problems that have never been solved before requires a lot of imagination. Often it is mind-bending, and makes no sense. Quantum mechanics is so bizarre - even though the experiment proves again and again that it works, it still makes my head spin.

How do you manage two successful careers in two different fields?

I’ve retired from dance about ten times, burnt my ballet shoes and tried to get so out of shape I would never dance again, but I always come back to it. I honestly never thought I would be a professional dancer. A dance career was a no-go in my family. But I always worked really hard, and achieved the grades I needed. So, when I got to [Harvard] university I was in a position to take a year off to dance with the Zurich Ballet Company. After that I returned for a year, and did the same again the following year, with the Boston Ballet. During the winter break at Oxford I performed with the English National Ballet, and right after leaving here, I will be in Beijing and then on to Edinburgh and Cuba.

Don’t get me wrong, it’s a struggle. I’ve worked a lot. Yes, there have been times that I have felt overwhelmed - when I have been in the lab for over 20 hours a day, sometimes literally sleeping there. But it has always been fun. I’ve realised doing both actually helps me to relax. It’s exercising a different part of the brain and the body and I need it.

What is your ultimate goal?

I haven’t figured out what my title will be yet, but I want to shatter all the stereotypes. The dream is to continue combining physics and dance. I want to dance for the next 10 years, become a principal dancer with a company, and still publish physics papers. I was inspired by the film Interstellar, which, for authenticity, channelled real science into its stunning visuals. Physicists shared insights on black holes and worm holes, and they were converted into special effects for the movie. If I’m able to do something like that, then life is complete.

Quantum physics is one of the more polarising sciences, why do you think that is?

Honestly I think physics in general is really under-sold at school. Classes tend to run the same way, with the standard set of problems that have been done so many times that they are probably online. It’s hard to inspire someone when they know that they can google and memorise the facts. That’s not learning. Technology has evolved so far that most of the information is already there. The asset that we bring to the table, as human beings, is creativity.

I think the way science is taught in schools is very isolating, and self-selecting. There is a misconception that science is technical and geeky, but it is collaborative, imaginative and so much fun.

Do you think that there are any unique challenges to being a woman in science?

I personally have never thought that there is anything that a man can do that a woman can’t. So I had always made a point of avoiding the “women in science” physics societies. I felt that by going, I was making a statement that I saw a difference. But, last year I went to my first meeting and it was amazing, and I thought ‘why didn’t I come sooner?’ I really valued the female camaraderie, and hearing people’s shared experiences. It made me realise that there are serious issues. The ratio of women to men in physics has barely budged in 40 years. You hear a lot of talk about change, but the numbers tell a different story.

Little things make a huge difference, particularly to young girls, and I had no idea. I was having lunch at a young STEM event, for girls aged 11-13. One girl causally looked up at a line-up of the old portraits and said ‘oh there’s a woman - I guess she’s the wife or something’, and the girl next to her said ‘Probably not important.’ My heart sank. I had heard of the Oxford Diversifying Portraiture initiative but never thought anything of it. I would shrug my shoulders and think ‘oh well, it’s history’. But listening to the girls’ highlighted how much, if we really care about getting more girls in science, every little change matters. 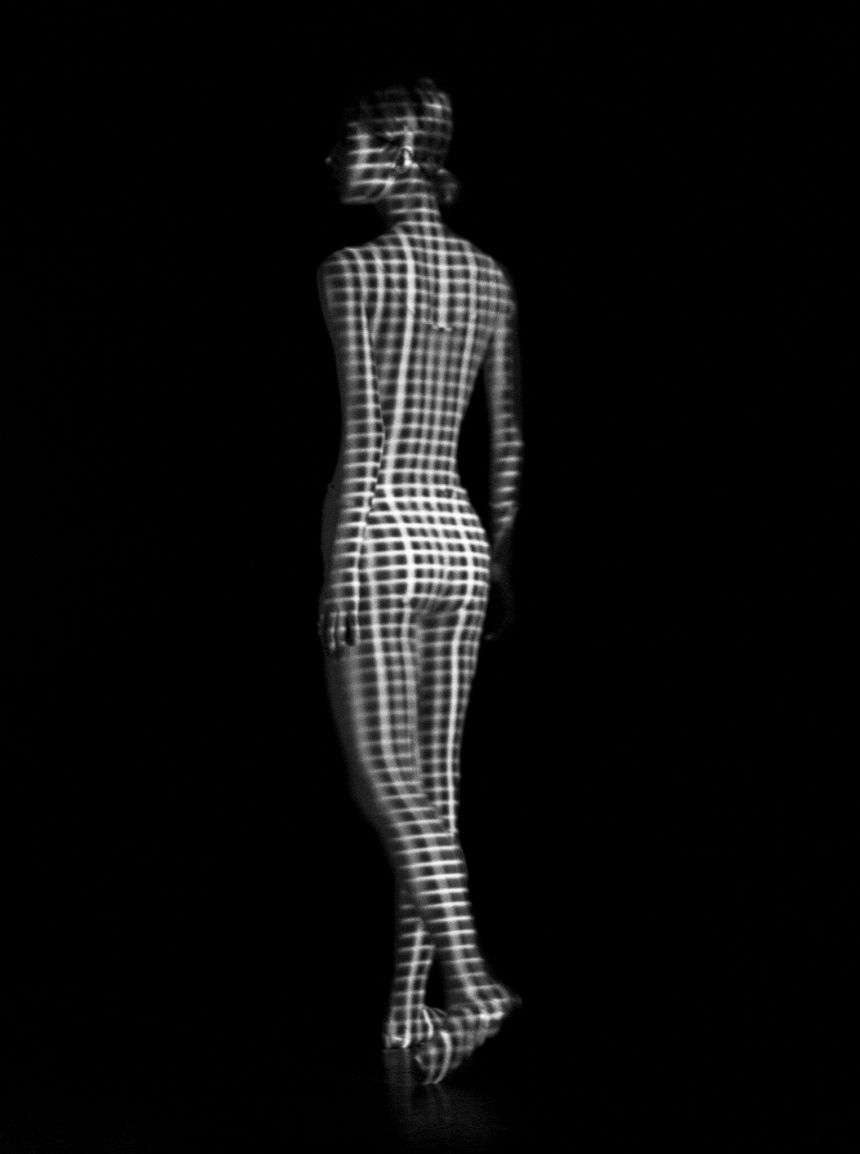