To mark World Malaria Day on 25th April, Prof Philippe Guérin, Director of the Infectious Diseases Data Observatory, based at the University of Oxford, explains the need to maintain our focus on the elimination of malaria.

World Malaria Day is an opportunity to take stock in the battle against a disease which still kills approximately half a million people each year, most of them children under the age of five in Africa. We have made great progress in recent years, with the global death rate cut by almost 30% between 2010 and 2015, yet malaria remains a complex public health challenge for which there is no simple—and no single—solution. Fighting this deadly disease is a truly collaborative effort that includes preventive measures on the ground, like distributing mosquito nets to limit infection, and scientific research in the laboratory to boost efforts to create new drugs or new vaccines. 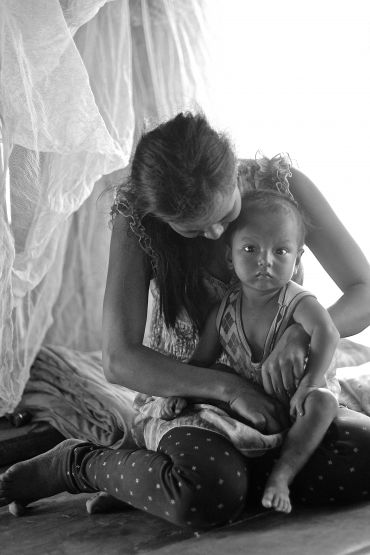 Ending malaria for good – which is the theme of World Malaria Day this year – also means preserving the effectiveness of available tools. Artemisinin-based combination therapies (ACTs) are currently the primary treatment for the most lethal strain of malaria caused by the Plasmodium falciparum parasite. However, there is currently no replacement therapy to succeed ACTs, and emergence and/or spread of resistance is a major public health problem that could roll back the gains we have made.

In the last decade we have seen resistance to artemisinin and its partner drugs emerge and spread in pockets of Southeast Asia, including Cambodia, Thailand, Vietnam, Laos and Myanmar, and in South China. Should resistance emerge or spread further into India and Africa, it could have devastating consequences, particularly in Africa, where the majority of malaria cases are from P. falciparum. Assessing and predicting this risk is extremely difficult, but we cannot take the chance that it won't happen.

WWARN is working with more than 260 institutions around the world to produce evidence and tools to understand the drivers and spread of antimalarial resistance, and to protect the efficacy of current and future drug therapies. The organisation has pioneered a data-driven approach to collecting, curating and analysing the results of individual clinical trials around the world, allowing researchers to make stronger inferences about drug resistance and efficacy. The organisation’s 25 collaborative study groups are currently investigating key areas of malaria science, including the effect of malnutrition on treatment outcomes in young children, and the impact of malaria in pregnancy on pregnancy outcomes.

We are pleased with how far we have come in the fight against malaria, but there are many challenges ahead. Containing resistance and maintaining the efficacy of our current treatments requires a concerted effort from everyone involved in malaria research, policy-making and drug development, so that we can work together towards malaria elimination.

Prof Philippe Guérin is Professor of Epidemiology and Global Health at the University of Oxford and Director of the Infectious Diseases Data Observatory, a collection of data platforms encompassing the WorldWide Antimalarial Resistance Network, a scientifically independent multidisciplinary platform that generates evidence and tools to inform the malaria community on factors affecting the efficacy of antimalarial medicines.