Scientists have long understood how oxygen deprivation can affect animals and even bacteria, but until recently very little was known about how plants react to hypoxia (low oxygen). A new research collaboration between Oxford University and the Leibniz Institute for Plant Biochemistry, published this week in Nature Communications, has answered some of these questions and shed light on how understanding these reactions could improve food security.

Dr Emily Flashman, the lead author of the study and a research lecturer at Oxford’s Chemistry Department, breaks down the key findings:

Why is this study so important?

Most living things need oxygen to survive, including plants but flooding is a major threat to agriculture and vegetation. A plant's oxygen levels are jeopardised during a flood, and they basically can't breathe. To protect themselves from flooding and survive longer, plants have a built-in stress response survival strategy, which re-configures their metabolism and supports them to generate more energy.

Scientists knew about this stress response, but they didn’t know exactly how it was controlled. Our research underpins not only an understanding of how plants respond to loss of oxygen, but also how this response could be manipulated to protect them long term. With climate change of increased prevalence in today’s society, flooding is a constant source of concern, so it is even more important for us to understand how hypoxia affects plants and crops, so that we can find new ways to preserve and protect them from it. Manipulating the enzymes involved in the process may help us to cultivate new crops and even to weather-proof them.

How does this reaction affect them?

When oxygen is in short supply a plant’s stress response effectively shuts down its metabolism, and activates an alternative pathway that allows it to live for a short amount of time, with reduced oxygen. During this time the plant has much less energy, but is still able to survive and function on a basic level. Much like when someone holds their breath underwater, their oxygen reserves allow them to survive for a short amount of time, even though they cannot breathe in fresh oxygen. 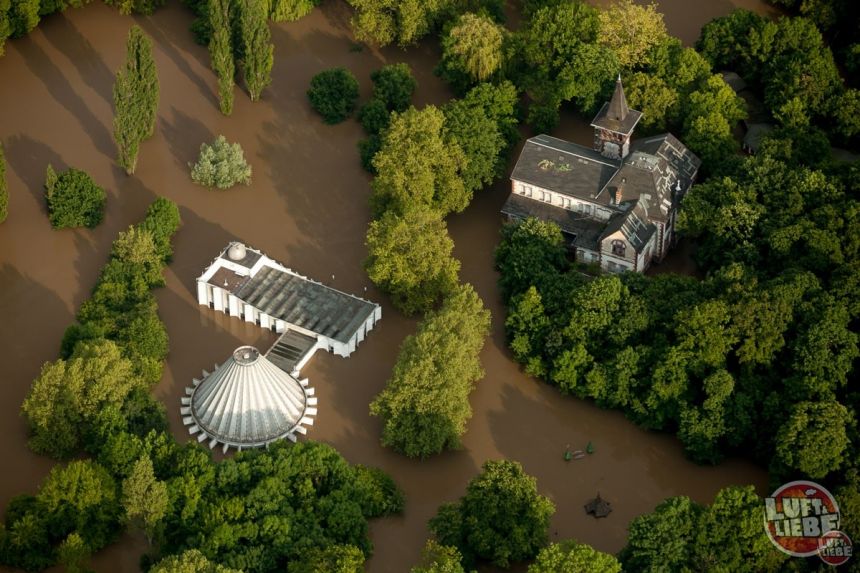 Our research underpins not only an understanding of how plants respond to loss of oxygen, but also how this response could be manipulated to protect them long term. Manipulating the enzymes involved in the process may help us to cultivate new crops and even to weather-proof them against climate change.

What was the aim of your research?

We wanted to analyse this process, and understand how the enzymes that trigger it work. Once you know this information, you can then work out how to inhibit the enzymes and control the flood response pathway, and in doing so, keep the plant alive for longer. The overall aim being to genetically modify crops to make them flood tolerant. Understanding how these processes work is the first step in achieving this. Until now the molecular details of the plant stress response to hypoxia were not proven, but our research changes this.

Scientists understood that a plant’s response to hypoxia is controlled by ERF transcription factors, proteins which trigger changes in gene expression. In turn, the stability of the ERFs is controlled in an oxygen dependent manner by a set of enzymes, the Plant Cysteine Oxidases (PCOs). The PCOs speed up the break down (degradation) of these transcription factors, via one of the cell’s protein removal and recycling systems, called the proteasome.

Crucially, our research showed how PCOs use oxygen to work, and how this allows the ERFs to be recognised by the next step of the degradation pathway. Thus the whole pathway needs molecular oxygen to work. So in times of regular oxygen supply, the ERFs are degraded before they reach the cell nucleus and before they can activate the stress response genes. However, when oxygen is limited, as is the case during flooding, the PCOs cannot work, efficiently, so the ERFs will not be flagged for degradation and can activate the hypoxic stress response required for the plant to survive.

With climate change causing increasingly frequent flooding events worldwide, understanding how crops respond to flooding is important, in order to control or manipulate the process.

How can the findings be used to improve food security?

With climate change resulting in increasingly frequent flooding events worldwide, understanding how crops respond to flooding is important, in order to control or manipulate the process. Our research supports the understanding of this response on a molecular level – down to the role played by individual enzymes in the process. Stabilising the ERF transcription factors has been shown to enhance flood tolerance, so the targeted inactivation of the enzymes that regulate its stability may assist in cultivating crops that are able to withstand flooding longer and more efficiently.

How can the findings be built on in the future?

Now we understand what the enzymes do, we are looking further into the details of their structure and mechanism to understand precisely how they work. This will help us target the most effective way to manipulate them to artificially inhibit their activity and enhance ERF stability, first using the isolated components of the pathway before testing in plants.