The National Institute for Health and Care Excellence launched its first guidelines on how to treat the menopause. But don’t expect this to be the final word on the subject. There is an ongoing debate about the pros and cons of hormone replacement therapy (HRT), and not all of it is based on sound evidence. So now might be a good time to take a look at what the science tells us. 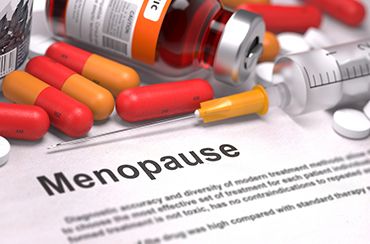 HRT can’t be described as safe or unsafe. Its effects vary depending on the types of hormone used, the form in which it is given (pills, or patches and gels), and the timing of first use (around menopause, or later). The safety of HRT can also depend on other things, such as body mass index. Factor in a woman’s family and personal medical history, and her individual experience of menopausal symptoms, and it is clear that one size cannot fit all. Whether or not the benefits of this treatment outweigh the risks will continue to be a personal decision.

Most doctors and scientists agree that HRT, and specifically the oestrogen in HRT, is good for menopausal symptoms. None of the alternatives – diet, exercise, SSRIs (antidepressants) or other prescription drugs, herbal remedies such as red clover and black cohosh, nor “bioidentical” or “natural” hormones - have been shown to be as effective as HRT at controlling symptoms such as hot flushes. Many women find that HRT transforms their lives.

But HRT has benefits beyond treating the symptoms of the menopause. For example, it’s good for bone health. It’s been shown to reduce risk of fractures in postmenopausal women. This is important, as osteoporosis and bone fractures become more common as women age, and can be very debilitating.

HRT use has also been consistently associated with a small reduction in the risk of bowel cancer.

A lot of what we know about the effects of HRT comes from large studies set up in the early 1990s, a time when HRT was widely prescribed in the US and the UK, not only to relieve menopause symptoms and to prevent osteoporosis, but also to prevent heart disease (as suggested by some, but not all, studies at the time). However, evidence for a beneficial effect of HRT on heart disease risk has not been confirmed.

The Women’s Health Initiative (WHI) trials in the US were designed to study cardiovascular risk and the UK Million Women Study (MWS) investigated the risk of breast cancer in women using different types of HRT. Over the last 15 years, these studies, and others, have found little or no evidence that HRT reduces the risk of heart disease. In fact, they have found evidence for an increased risk of blood clots and stroke. They also found an increased risk of breast and ovarian cancer in women using HRT. Most of the effects of HRT - positive and negative - are seen while women are taking HRT, and disappear once they stop.

Prescribing guidelines have for some years agreed that HRT should not be used to prevent long-term disease, but should be used in the short-term to relieve menopausal symptoms. The NICE guidelines reiterate this advice.

The publication of the WHI results on heart disease and the MWS results on breast cancer in 2002 and 2003 led to a marked and rapid fall in HRT prescribing throughout the world. And shortly afterwards, breast cancer rates also fell. It is estimated that tens of thousands of cases of breast cancer have been avoided worldwide in the past decade because of the fall in use of HRT.

Breast cancer is a good example of the complexity of HRT risk. The risk is greater for oestrogen-progestagen (combined) HRT than for oestrogen-only HRT (we don’t know why). Also, the risk appears to be greater when HRT is started around the time of menopause rather than later. The risk also depends on body mass index – the increased risk of breast cancer from HRT is greater for thinner than for fatter women. This is thought to be because fat tissue is an important source of oestrogen hormones produced by the body after the menopause, and these are known to affect breast cancer risk. Fatter women produce more oestrogen, and have a higher background risk of breast cancer than thinner women; adding the extra hormones of HRT seems to make more difference in thinner women, who have lower levels of naturally-made oestrogens. The Million Women Study found that HRT-associated risks for breast cancer ranged from over twofold increased risk to no added risk, depending on type of HRT, timing of use and body mass index.

Other conditions such as heart disease, stroke, fractures and ovarian cancer also have differing patterns of association with different forms of HRT, so the picture is much more complex than it at first appeared. On the other hand, understanding the effects of these other factors on risk can explain some apparent differences in the results from different HRT studies. Overall, a clearer picture - albeit not a simple one- is emerging from the large amount of evidence we now have on HRT’s effects.

Some feel the pendulum has swung too far against HRT, and that women have been denied effective treatment for menopausal symptoms because of “exaggerated” fears over risks.

Speaking to women for studies we’ve conducted, there is anecdotal evidence that this has happened. Some doctors, for example, have been reluctant to continue prescribing HRT beyond the five years described as “short term” in prescribing guidelines, even when a woman continues to have severe menopausal symptoms and - knowing the potential risks - wishes to keep taking HRT. Many other women, however, have probably avoided inappropriate treatment with HRT, and an increased risk of breast cancer and other conditions, as a result of the new evidence accumulated over the past 15 years.

There’s a lot we still don’t know about HRT. For example, what effect does it have on other important conditions such as dementia? The search goes on for forms of hormone treatment which have more of the benefits and fewer of the risks compared with the current therapies. And we need to carry on looking at alternatives to HRT, such as the bisphosphonates (bone strengthening drugs) and examining how the risks and benefits of these treatments compare with those of HRT.

Media outlets often struggle to get beyond “HRT good” or “HRT bad” headlines, but a polarised and oversimplified debate conceals the considerable advances we have made in our knowledge about HRT. It would be good if scientific differences of opinion were seen as part of the advancement of knowledge, rather than a reason to distrust science.