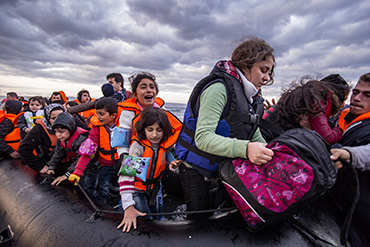 The European Journalism Observatory is a unique online network, which interprets and shares research into the media through 12 partner websites around Europe.

On 2 September 2015, newspapers across Europe published images of the body of three-year old Aylan Kurdi, who drowned as his family tried to reach Europe. Did these images affect the media’s coverage of the refugee crisis? If so, what differences were there between European countries, and how was coverage influenced by the political leaning of newspapers?

The research project ‘How Europe’s Media Covered the Migration Crisis’ was a collaboration between EJO partner organisations on a study of how the media covered the migrant crisis. The project found that media sympathy for refugees, even after the devastating photos of the drowned boy on the beach, was largely superficial and fleeting. At the same time, the study found large variations from country to country, both in their coverage of Aylan Kurdi, and in their coverage of other major developments in the migrant crisis at the time. The study was widely quoted across media from the Washington Post, the Guardian, National Public Radio New York, the BBC, and elsewhere across Europe, and itself has added to the debate about the media and the migrant crisis.

The project has now concluded, but has provided the basis for further collaborations including a study looking at European media coverage of Brexit (ongoing). The European Journalism Observatory is a unique online network, which interprets and shares research into the media through 12 partner websites around Europe. The partner sites translate and publish English content into 12 different languages, and the English site acts as a central hub, gathering and publishing in English articles from partner sites.