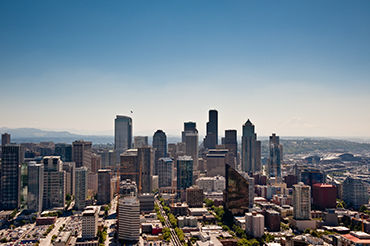 A city is an engine of prosperity. By connecting firms to workers, customers and suppliers, it enables them to reap the gains from scale and specialisation, making workers more productive. In a megacity like London, this productivity gain is massive. The capital provides extraordinary connectivity because of its high density and good public transport.

Nationally, it is the node for rail and motorway routes; internationally, it has airports and the Channel Tunnel linking it to the continent.

However, unless taxation offsets it, a megacity is also a powerful engine of inequality, as the OECD warned in October. The case for taxation is not based on the intrinsic benefits of greater equity but because only part of the top incomes in a megacity are down to effort and skill. The rest is attributable to everyone who contributes to the agglomeration but go unrewarded. This unfair outcome is the result of two distinct processes.

The first is pretty simple: as the city grows, the people who own land make capital gains. Since locating in a city enables firms and workers to be more productive, land in cities becomes much more valuable than that elsewhere. As London developed, the Duke of Westminster became the richest man in Britain because he had inherited a tract of land in the centre. The owners of urban land do not need to do anything to become rich. Their wealth is not due to their activity, but to the activities of firms and workers around them: economists term this a “rent”. Since it is not a return for skill or effort, it is straightforwardly “undeserved”. London abounds in undeserving rich because governments have been slow to use the tax system to capture the appreciation in land values for the rest of us.

The other is subtle: the scope for productivity gains is much greater for high-skilled than low-skilled workers. Specialisation means people can develop distinct skills that make them valuable when they are connected with other specialists. Street sweepers in London will earn just enough more than those in a small town to compensate for the higher cost of living but someone with the brains and patience to have fathomed the intricacies of finance will be hugely valuable in the City of London, so will earn a fortune. This reflects their high productivity.

However, this high productivity is a result of not just their own efforts but also what London offers to financial firms. Its high connectivity, central time zone between New York and Hong Kong and cluster of financial firms, plus the trustworthiness of English law, make finance workers much more productive in the capital than elsewhere. Their high income is therefore not due solely to their skills and efforts.

Since high-skill activities do not need much land, the rent on land used by high-skilled workers is set by humbler activities, where the productivity premium on a London location is much lower. So the bulk of the super-returns from a London location accrue, by default, to high-skilled workers. They appear to earn all their high income, so regard themselves as the “deserving rich”, even though much of their income is due to what London offers. These benefits should accrue more widely; super-productive workers are less deserving than they seem.

Governments have been very slow to capture these rents through tax: London earners on £1m have a lower marginal tax rate than those elsewhere with an income of £100k.
This economic analysis of urban inequality makes a strong case for targeting taxation on the undeserving rich in megacities. It is not driven by envy nor does it apply indiscriminately.

Exceptional people who earn fortunes through their ingenious enterprise – not their valuable location – are the deserving rich.