BSG Professor Thomas Hale has been nominated one of the top 30 'climate change thinkers and doers'. 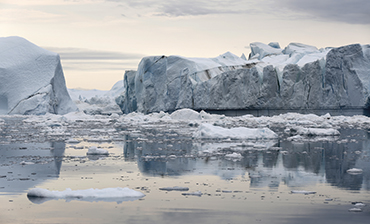 In December 2015, the eyes of the world will be on Paris when the nations of the world gather for COP21—the twenty-first annual meeting to talk about updating and implementing 1992 treaty promises to curb emissions of carbon dioxide and other greenhouse gases that are heating up our planet. Sadly the treaty has failed to stop global warming, and we are already experiencing a changing climate with more intense and erratic weather.

What is encouraging is that Paris will be different from previous UN climate mega-gatherings because of the women and men featured here. They are developing and advocating for a new global architecture to drive the transformative actions we need to deal with the climate crisis. It is an “all hands on deck” approach with national, state, and local governments, businesses, universities, and citizen groups all taking action. And each of us has an opportunity to contribute, as you will see from the responses that Climate Changers give to the question “What can we do now to deal with climate change?”

So what does this new global architecture look like? Coincidentally it is like the Eiffel Tower—the symbol of the City of Paris, on the logo for COP21, and a monument to revolution. Like the tower, the “Paris Alliance” expected to emerge this December needs a top-down vision (a post-fossil fuel world by 2050 and stronger national plans for 2030 within an improved framework), but equally essential is the bottom-up engagement in the next critical five years of thousands of our leaders and millions, if not billions, of the world’s people.