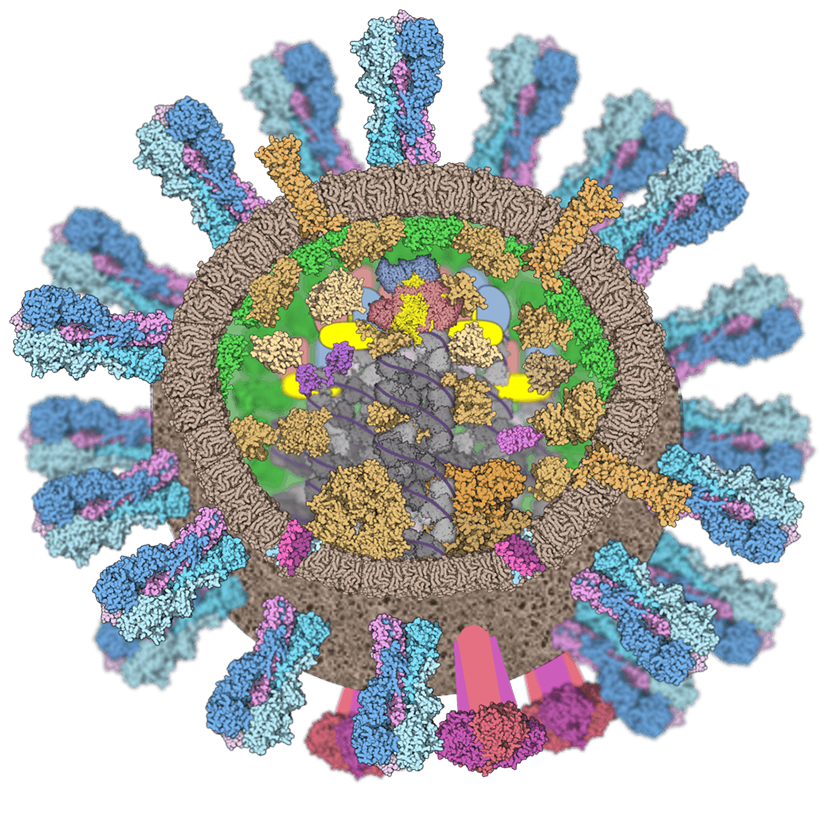 All it takes is a sneeze. A few days later, you wake up with a fever, a sore throat and a headache. By lunchtime, your nose is running and your muscles hurt. You have the flu. The annual vaccination that you may have received should have stopped the virus, but it was one step ahead and mutated, making the vaccine ineffective. How? Well, there is an enzyme that the flu virus uses to copy itself – its “beating heart” – and create mutations. And understanding how this enzyme works is crucial in our attempts to treat and prevent flu.

Influenza is an RNA virus, a notorious group of pathogens that cause diseases like SARS, measles, Ebola and rabies. It also comes in many different subtypes that can mix and match their genetic material to create new strains. Add to this a rapid mutation rate and you have a pathogen capable of infecting tens of millions of people every year. Up to 5m of these infections result in severe illness and half a million are fatal, particularly in more vulnerable populations like the elderly. Pandemic strains, which are caused by viruses that have never been seen before and to which there is no existing immunity, are even more lethal.

A virus is essentially just genetic material – its genome – contained within a protein coat. When an influenza virus infects a cell, its first goal is to copy the genome. Copies of the genetic material can then be used as a blueprint for making new viral proteins and new genomes can be assembled with new proteins into new viruses. The scale at which this happens is enormous, with a single infection producing millions of new viruses. These can next spread to other cells in your body or to a new victim.

RNA polymerase, the enzyme that is crucial to this process, copies the genome of the influenza virus one unit of information (or nucleotide) at a time. Almost no information is lost during this copying process but it isn’t perfect, and roughly once per copy the enzyme makes a mistake and puts the wrong nucleotide in the wrong place. One mistake per copy of the genome may seem insignificant because it only results in small changes in viral proteins. But consider the millions of copies that a single virus produces and multiply that by the thousands of cells in your respiratory tract – suddenly one error per copy has become a swarm of mutant viruses.

Most countries have vaccine programmes to stop the spread of influenza viruses and many also stockpile drugs such as oseltamivir (Tamiflu) to treat severe cases or fight pandemic flu. However, vaccines and drugs become effectively useless when influenza viruses acquire mutations in the viral proteins that the immune system recognises or that antiviral drugs bind to. RNA polymerase errors are a key reason why new vaccines are needed every year.

Universal vaccines are potentially a solution because they can, in theory, trigger an immune response against all influenza subtypes. However, these vaccines are still in development. Vaccines and drugs also can’t prevent influenza viruses from mutating, which can only be done if we manage to understand and stop the RNA polymerase. Alternatively, we could exploit the enzyme and force it to make so many errors that it destroys the flu virus altogether – something that has worked for other viruses such as hepatitis C.

In order to cripple the RNA polymerase we need to understand its structure, because that tells us how it pumps out new copies of the influenza genome. Over the last decade, a number of research groups have published views of small fragments of the polymerase. But only recently, work from the Cusack lab in Grenoble and the Fodor lab in Oxford revealed the structure of the entire polymerase, as well as the balletic movements of the flexible parts of the enzyme for the first time.

So what’s next? Using a combination of structural, biochemical and biophysical techniques we are now beginning to understand how the enzyme interacts with the viral genome and which parts of the enzyme are important during different stages of the copying process. Hopefully, this will allow researchers to find its weaknesses, exploit them and give us a drug that can help effectively treat flu and get rid of it once and for all.