On Tuesday 26 May, the Oxford University building created by Zaha Hadid was unveiled and named the Investcorp Building. The £11 million building was commissioned by St Antony’s College to provide much-needed space for its Middle East Centre. The Investcorp Building spans two Victorian buildings on Woodstock Road in the grounds of the college.

Her Highness Sheikha Moza bint Nasser of Qatar was the keynote speaker for the unveiling of the new building. Sheikha Moza is chair of the Qatar Foundation, an education development and scientific research organisation, as well as the UNESCO Special Envoy for Basic and Higher Education since 2003.  Her Highness said: 'I am pleased to be invited to deliver the keynote speech at the Oxford Middle East Centre as we mark the opening of this bold and daring building.

'Qatar Foundation, via the Qatar Faculty of Islamic Studies, and the Oxford Middle East Centre, have a long and fruitful history of partnership. Such collaboration and communication are essential in driving open debate and in helping us build just societies based on universal, eternal values.'

The Investcorp Building is named after the alternative investment firm that donated £11 million for the project. Mr Nemir Kirdar, Investcorp’s Executive Chairman and CEO, commented: 'From the outset, Investcorp’s mission has been broader than effecting mere financial transactions. We have also made it our goal to promote higher education and cross-cultural understanding.  Oxford’s Middle East Centre was established to become a bridge between the West and the Middle East, and Investcorp could not be more proud to do our part to further this worthy cause.'

The new building doubles the space available for the Middle East Centre’s expanding library and archive, providing almost 1,200 square metres of additional floor space and a new 118-seat lecture theatre.  The Middle East Centre holds Oxford University’s primary collection on the modern Middle East, a world-class collection of private papers and historic photographs used by scholars and researchers with an interest in the region. The Investcorp Building’s lecture theatre will allow the Middle East Centre’s to expand its popular programme of seminars, lectures and debates - much of which is open to both the University and the general public.

Founded in 1957, the Middle East Centre at St Antony’s College serves as the University of Oxford's facility for research and teaching on the Arab world, Iran, Israel and Turkey from the 19th century to the present day.  The Centre has been housed at 68 Woodstock Road (the former rectory of the Church of St Philip and St James, built in 1887) since 1978.

The library and archive of the Investcorp Building provide optimum conditions to conserve and manage the Middle East Centre’s collections that were previously stored in the basement of 66 Woodstock Road. 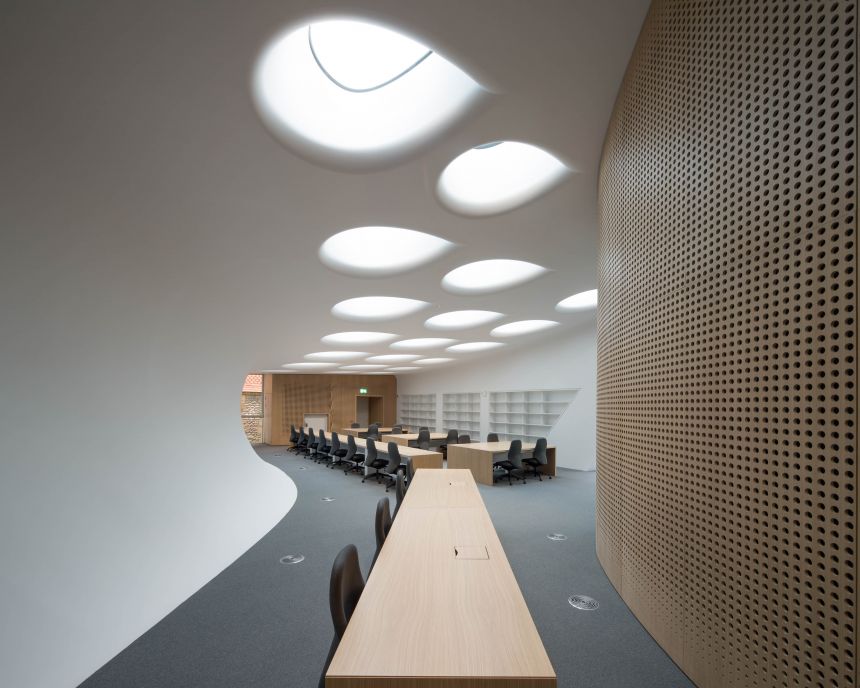 Relocating the library and archive to the Investcorp Building will make space available in the college’s existing buildings for further academic offices, studies and seminar rooms to accommodate the growth in student numbers in recent years. The Investcorp Building’s design connects and incorporates the existing protected buildings and trees. Its stainless steel cladding reflects natural light to give the building an ephemeral quality that mirrors its context.

Dame Zaha Hadid said: 'The work of the Middle East Centre contributes to the global discourse and greater understanding of the region. The new Investcorp Building connects disparate buildings within the college, defining a series of generous spaces for the centre’s renowned archive, library and seminar programmes; allowing the Middle East Centre to expand its commitment as a forum of research, understanding and open debate.'

The Vice-Chancellor of the University of Oxford, Professor Andrew Hamilton, said: 'We are honoured that Her Highness Sheikha Moza who has done so much to promote education globally should be here today. That Zaha Hadid, the visionary architect who is herself from Iraq, should have created this building dedicated to the study of the Arab World and the Middle East is especially pleasing.' 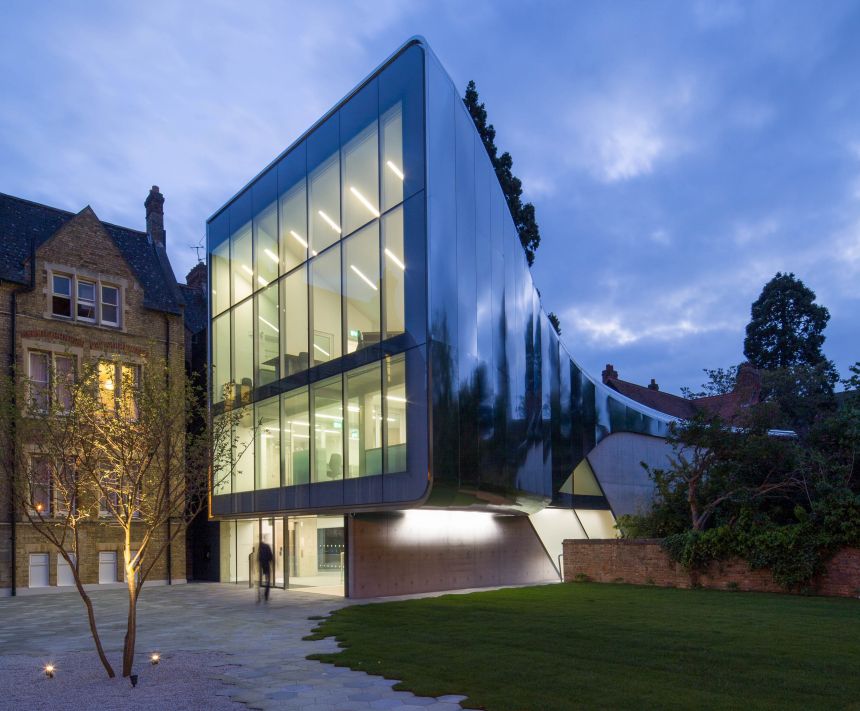