The first results from a trial of a candidate Ebola vaccine at Oxford University suggest the vaccine has an acceptable safety profile at the doses tested, and is able to generate an immune response.

'The vaccine was well tolerated. Its safety profile is pretty much as we had hoped,' said Professor Adrian Hill of the Jenner Institute at Oxford University, who led the trial.

The researchers say these results suggest the vaccine is suitable for further testing in West Africa during the current outbreak, with the aim of determining whether the vaccine offers protection against Ebola.

The candidate Ebola vaccine is being co-developed by the US National Institutes of Health (NIH) and GSK against the Zaire species of Ebola, which is the one circulating in West Africa.

It uses a single Ebola virus gene in a chimpanzee adenovirus to generate an immune response. As it does not contain infectious Ebola virus material, it cannot cause a person who is vaccinated to become infected with Ebola.

Its safety profile is pretty much as we had hoped

The Oxford University trial is one of several safety trials of the GSK/NIH vaccine candidate – in the USA, UK, Mali and Switzerland – that have been fast-tracked in response to the Ebola outbreak in West Africa.

The UK trial is funded by the Wellcome Trust, Medical Research Council (MRC) and Department for International Development (DFID). The NIH is providing the NIH/GSK Ebola vaccine for the Oxford University study.

The initial findings are published today in the New England Journal of Medicine (NEJM).

60 healthy volunteers were vaccinated at the University of Oxford’s Jenner Institute between 17 September and 18 November.

The NEJM paper reports safety data and immune responses for the volunteers for 28 days after immunisation. Follow-up of the vaccinees will continue beyond these initial data until six months after the volunteers received the experimental vaccine.

The experimental vaccine was well tolerated at all three doses. The majority of adverse events reported by the volunteers were mild in severity. Two people experienced a moderate fever within 24 hours of receiving the vaccine, but this passed within a day.

'People typically experienced mild symptoms that lasted for one or maybe two days, such as pain or reddening at the injection site, and occasionally people felt feverish,' says Professor Hill. 'It's very similar to what has been seen in previous studies with this general type of vaccine.' 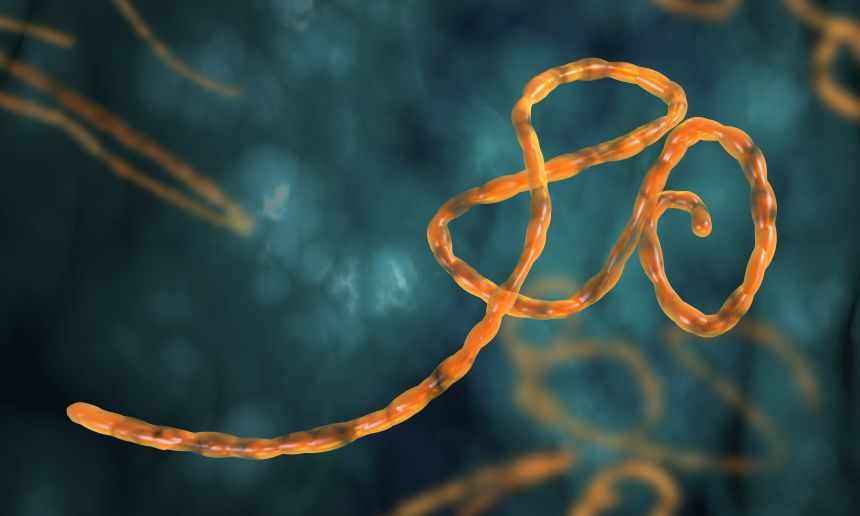 The primary goal of the trial was to assess safety. However, the scientists also assessed immune responses to Ebola seen in the volunteers before and after vaccination.

Importantly, the vaccine generated immune responses against Ebola in the volunteers. Levels of antibodies increased over a period of 28 days after vaccination, and there was no significant difference in the levels seen at different doses. Levels of T cells – cellular immunity is the other arm of the body’s immune system – peaked at 14 days.

Whether we have a vaccine that is safe, effective and works, we won’t know for a while yet. But we owe it to the people who have been affected so badly by the Ebola outbreak to find out.

The levels of antibody response are like those seen with a similar vaccine dose in a US study of a related GSK/NIH Ebola vaccine formulation published on Wed 26 Nov. They were lower than seen in the US study with a significantly higher vaccine dose, but the US study used a formulation not available for control of the ongoing outbreak in West Africa.

The efficacy of the Ebola vaccine can only be tested in much larger studies in the field during the current outbreak.

'The results are very encouraging in terms of the safety profile of the vaccine. That is the main outcome from this trial,' says Professor Hill. 'We have seen an immune response in the great majority of people receiving the vaccine. It is possible to be optimistic about the immune responses we've seen; it’s also hard to be really confident the levels would be protective. Larger trials in West Africa will be able to tell us more. We are also currently assessing another option, involving a booster dose, for improving immune response levels.'

Other trials and next steps

Similar initial results from a US trial in 20 people of a related Ebola vaccine formulation were published on Wed 26 Nov. That 'bivalent' GSK/NIH candidate vaccine included a gene for the Zaire species of Ebola, and also a gene for the related Sudan virus.

It would be the single, 'monovalent' GSK/NIH candidate vaccine tested at Oxford and other sites that would be taken forward in the current Ebola epidemic.

Results from trials of the monovalent vaccine in Mali and Switzerland are expected shortly. 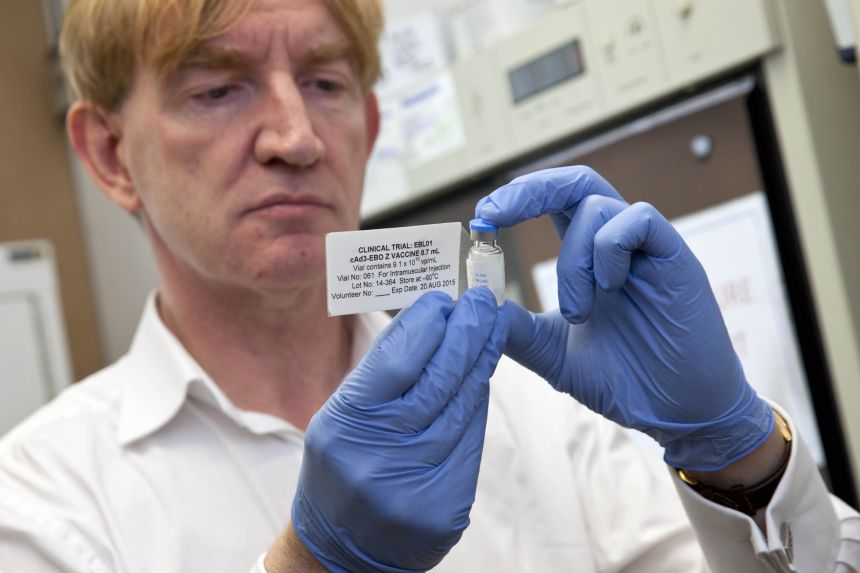 The Oxford University scientists have also begun testing the safety of a candidate booster vaccine against Ebola, to find out whether it could further increase the immune responses.

30 of the original volunteers have now being invited back and received a second candidate Ebola vaccine of a different type made by Bavarian Nordic, a company based in Denmark.

If the safety and immunogenicity data from the various trials are promising, the expectation is that the vaccine will move into much larger scale studies in West Africa, testing vaccine effectiveness to prevent Ebola virus disease.

Professor Hill says: 'The speed at which all this is happening is remarkable. We'd especially like to thank all the volunteers. They continue to take time out of their busy lives to give blood samples at regular intervals so we can understand more about their immune responses having received the vaccine. It's also thanks to the hard work of many scientists, funders, pharma firms, regulators and agencies, all coming together, that we can make such rapid progress.'

He adds: 'Whether we have a vaccine that is safe, effective and works, we won’t know for a while yet. But we owe it to the people who have been affected so badly by the Ebola outbreak to find out.'

Oxford to lead trial of experimental drug in Ebola patients