The height of passengers on a virtual tube ride was altered
Credit: Daniel Freeman/Oxford University
Published

Experiencing a social situation from a lower height can make people who are prone to having 'mistrustful thoughts' feel inferior and excessively mistrustful, suggests an Oxford University study which made use of people's reactions to a virtual reality underground tube ride.

The researchers, writing in the journal Psychiatry Research, demonstrate that making a person's height lower than normal in the virtual reality simulation could make them feel worse about themselves and more fearful that others are trying to harm them.

The experiment provides a demonstration of how low self-esteem can lead to the occurrence of paranoid thinking, the researchers say. The findings of the Medical Research Council-funded study will be used to develop more effective psychological treatment for severe paranoia, a key mental health problem.

Professor Freeman, an MRC Senior Clinical Fellow in Oxford's Department of Psychiatry, says: 'Being tall is associated with greater career and relationship success. Height is taken to convey authority, and we feel taller when we feel more powerful. It is little wonder then that men and women tend to over-report their height.

'In this study we reduced people's height, which led to a striking consequence: people felt inferior and this caused them to feel overly mistrustful.'

The study tested 60 adult women from the general population who were prone to having 'mistrustful thoughts'. The participants experienced an underground tube ride virtual reality simulation. They experienced the same 'journey' twice, with the only difference being a reduction in height of about a head (25cm). 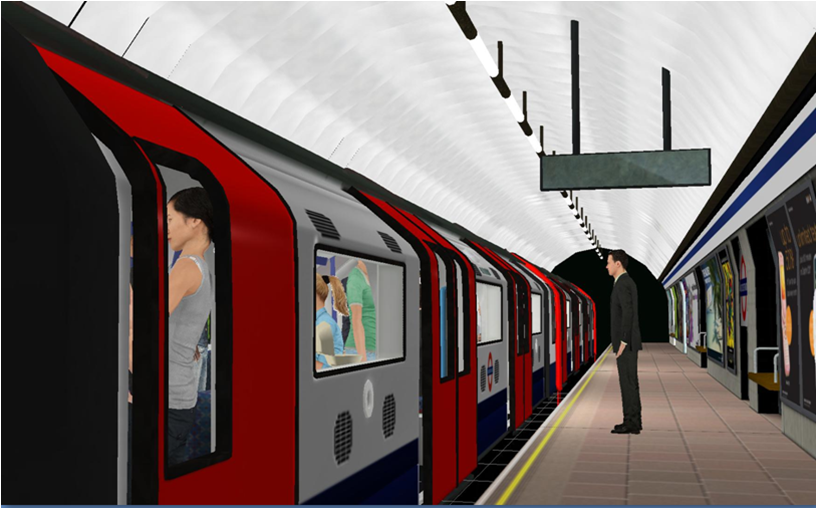 In both instances, the other virtual passengers were programmed to be 'neutral', so that if fears occurred about the virtual characters then they would be known to be unfounded.

While most people did not consciously register the height difference, there was an increase in the number of people who reported feelings of social inferiority in the lower height phase of the experiment, such as being incompetent, unlikeable, and inferior.

These negative thoughts translated into an increase in paranoia towards the other passengers. The participants were more likely to think that someone in the carriage was staring in order to upset them, had bad intentions towards them, or were trying to make them distressed.

'This all happened in a virtual reality simulation but we know that people behave in virtual reality as they do in real life,' says Professor Freeman. 'It provides a key insight into paranoia, showing that people's excessive mistrust of others directly builds upon their own negative feelings about themselves.'

'The important treatment implication for severe paranoia that we can take from this study,' Professor Freeman adds, 'is that if we help people to feel more self-confident then they will be less mistrustful. This prediction is exactly what we are testing in the next phase of our work, a new randomised controlled clinical trial.'

Professor Hugh Perry, chair of the MRC Neurosciences and Mental Health board, said: 'At any one time, one in six people in the UK are affected by mental illness. Funding research that help improves understanding of what causes disrupted thought patterns is important, if we're to develop interventions that work further down the road. For people whose lives are affected by paranoid thinking, this study provides useful insights on the role of height and how this can influence a person's sense of mistrust.'