Professor Louise Richardson became Vice-Chancellor of the University of Oxford on 1 January 2016, having previously served as Principal and Vice-Chancellor of the University of St Andrews, Scotland, for seven years. On 2 June 2022, Louise Richardson was appointed a Dame Commander of the Most Excellent Order of the British Empire (DBE) in recognition of her service to Higher Education. 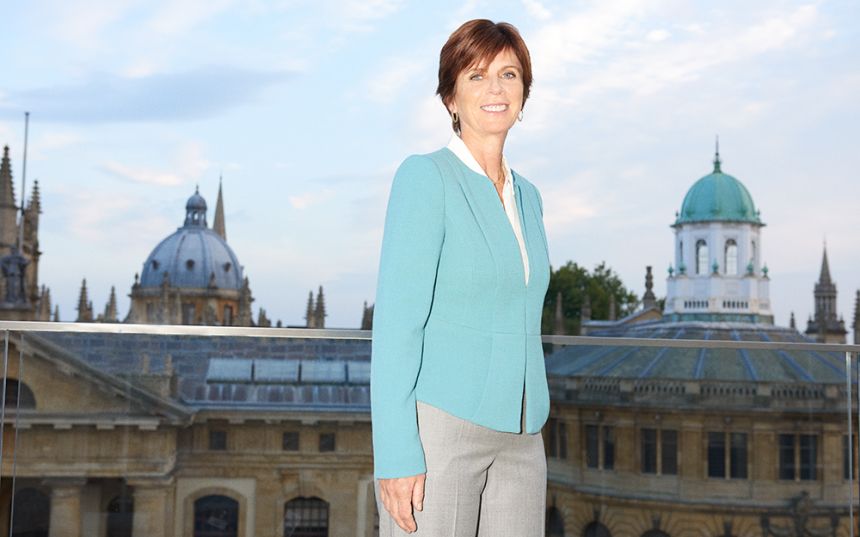 A political scientist by training, Professor Richardson received a BA in History from Trinity College Dublin in her native Ireland. She then studied in the USA, graduating with an MA in Political Science from UCLA, and subsequently an MA and PhD in Government from Harvard University. 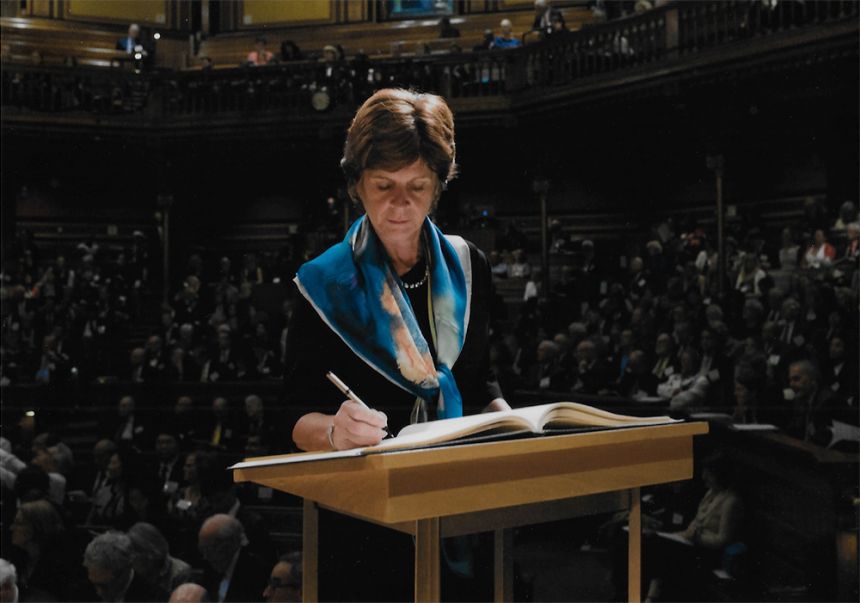 Professor Richardson’s research specialises in international security with a particular emphasis on terrorist movements. She has written widely on international terrorism, British foreign and defence policy, security institutions, and international relations. Her publications include Democracy and Counterterrorism: Lessons from the Past (2007), What Terrorists Want: Understanding the Enemy, Containing the Threat (2006), The Roots of Terrorism (2006), and When Allies Differ (1996). 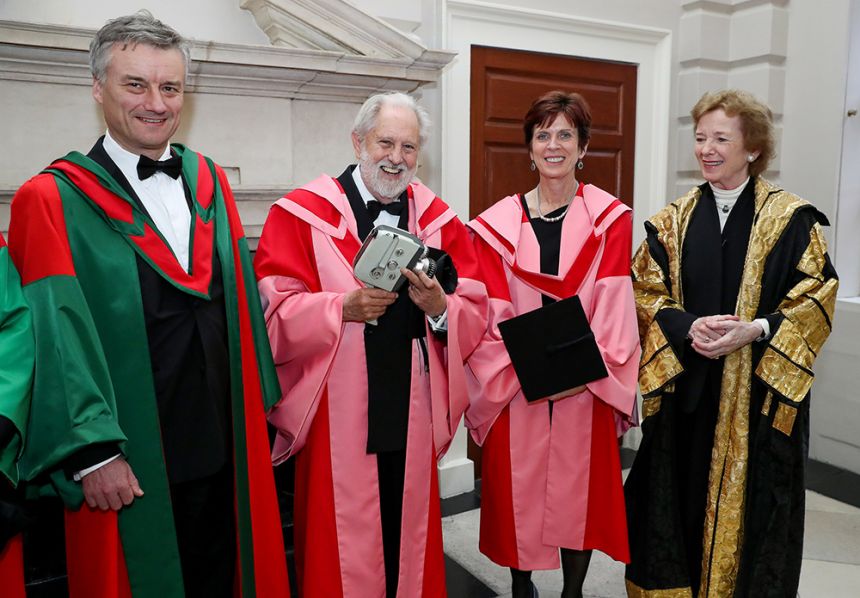 Professor Richardson’s commitment to teaching won her both the Levenson Prize and the Abramson Prize during her time at Harvard University where she was Assistant and Associate Professor in the Harvard Government Department from 1989 to 2001, serving as Head Tutor for several of those years. As Executive Dean of the Radcliffe Institute for Advanced Study at Harvard 2001-8, she was instrumental in its transformation into an interdisciplinary centre promoting scholarship across academic fields and the creative arts. In 2016 she was awarded the Emily Dickson Award from the Royal College of Surgeons of Ireland and in 2019 The Freedom of the City and County of Waterford. 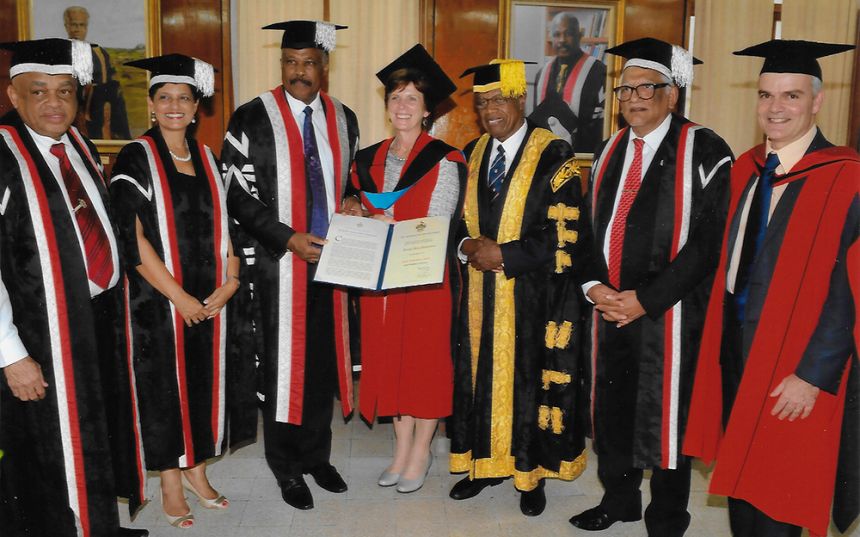 Professor Richardson has lectured on the subject of terrorism and counter-terrorism to public, professional, media and education groups across the world, and served on the editorial boards of a number of journals and presses. Her work has been widely recognised through the awarding of prizes such as the Sumner Prize for work towards the prevention of war and the establishment of universal peace and with Harvard’s Graduate School of Arts and Sciences Centennial Medal. She also holds honorary doctorates from the Universities of Edinburgh, Aberdeen and St Andrews in Scotland; Trinity College Dublin and Queen’s University Belfast in Ireland; Moscow State Institute of International Relations (MGIMO) in Russia; the University of the West Indies; and Notre Dame University in the United States. She is Senior Fellow, Center for European Studies, Harvard and an Honorary Fellow of Trinity College Dublin, The Royal College of Physicians of Ireland, Waterford Institute of Technology and Kellogg College, Oxford. 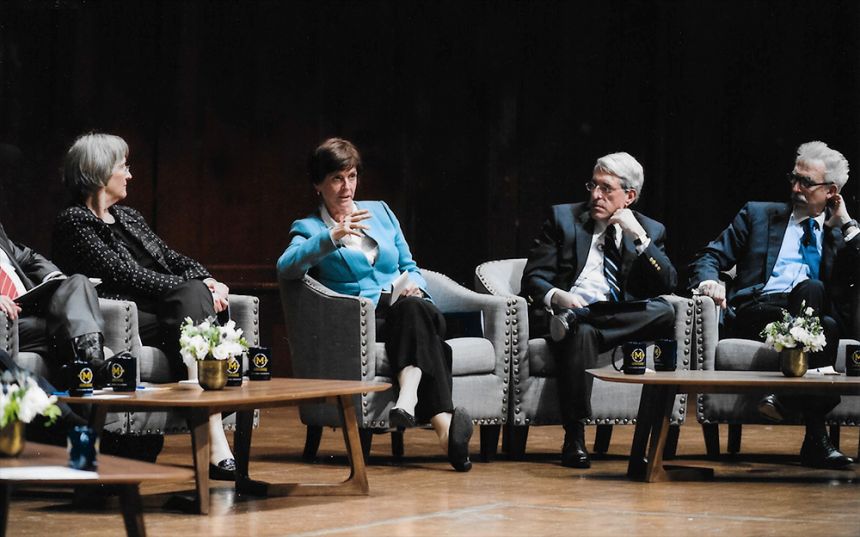 The University of Michigan Bicentennial Symposium

The Vice-Chancellor currently serves as a trustee on a number of non-profit groups, including the Carnegie Corporation of New York, the Booker Prize Foundation, the Central European University and The Sutton Trust. She is a member of the American Academy of Arts and Sciences, the American Philosophical Society, the Academy of Social Sciences in the United Kingdom, an Honorary Member of the Royal Irish Academy and a Fellow of the Royal Society of Edinburgh. 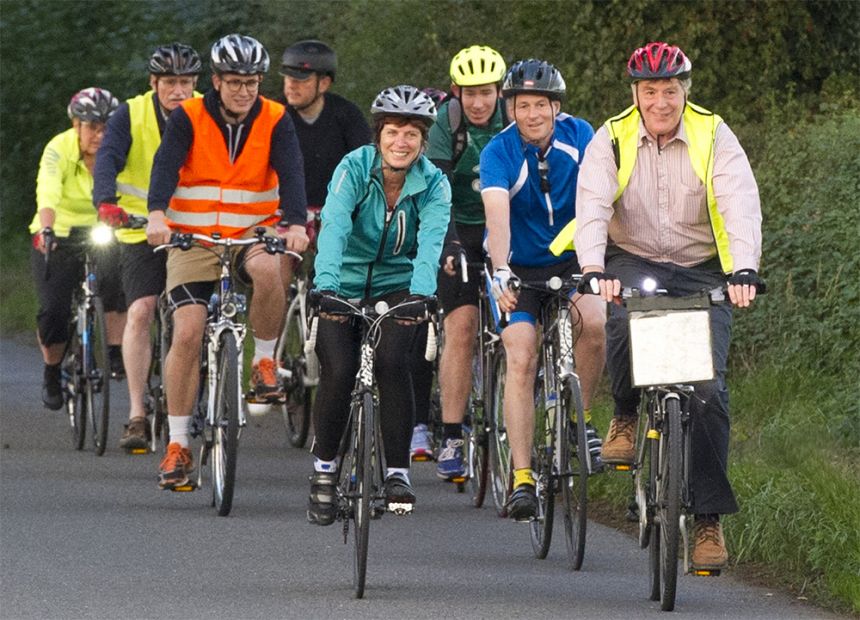 The Vice-Chancellor pictured with her husband Dr. Thomas Jevon and Rev’d Dr. Ralph Waller (on right), Principal of Harris Manchester College cycling from Oxford to Cambridge to raise money for student support