For more than 400 years Oxford has engaged with China. Today the University remains one of Europe’s most important centres for the study of China, and a hub of collaboration with Chinese institutions.

Oxford has significant links with China. The University of Oxford China Centre, which focuses on research in the social sciences and humanities, is Europe’s largest centre dedicated to the study of China. Oxford is also a leading scientific and medical collaborator with China, and has invested in collaborative centres in mainland China, Hong Kong and the UK.  Notably, China has been, for more than a decade, one of Oxford's largest sources of international students.

Centuries of studying China at Oxford

Oxford University Press in China was first established in the early 20th century, but was re-established in 1961 in Hong Kong after the two World Wars. It now operates in four other offices in Shanghai, Beijing, Shenzhen and Macao and serves millions of English language learners and readers in the country.

Since 2007, the University has had the Oxford China Office in Hong Kong, which focuses on alumni and external relations and development activities in China and across the region.

Oxford is one of the leading centres for the study of China in the world. The University of Oxford China Centre is the largest centre in Europe dedicated to China scholarship, bringing together researchers from disparate fields in the University in order to foster interdisciplinary work. It focuses on the social sciences and humanities, though its members also include some earth scientists and medical scientists. The Centre is based in the purpose-built Dickson Poon Building, with a library housing the University's principal teaching and reference collections relating to China in the humanities and social sciences. 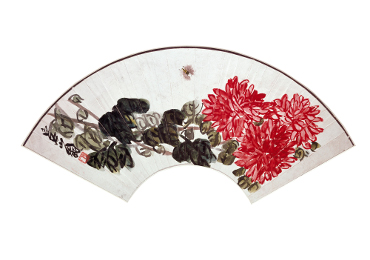 The Bodleian Library houses one of the oldest and largest collections of Chinese material in Europe.

The Ashmolean Museum's China collection is one of the finest collections of Chinese art in Europe. Visitors can see bronze dating from predynastic China and the Shang Dynasty (1200–1050BC); porcelain of the Yuan, Ming and Qing dynasties; and the greatest collection of modern and contemporary Chinese art in the west.

The Pitt Rivers Museum holds 7,000 objects and 4,000 photographs from China, as well as decorative arts, ceramics, textiles, and extensive collections of everyday objects and archaeological materials.

The University has formal partnership and collaboration agreements with some of China’s top universities and research institutions including the Chinese University of Hong Kong, Tsinghua University, Peking University and Beijing Institute of Aeronautical Materials (BIAM). Oxford’s Department of Continuing Education has also trained more than 10,000 Chinese government and university officials through its leadership programmes.

The Oxford Suzhou Centre for Advanced Research (OSCAR), opened in 2018, is the University's first overseas centre for physical science and engineering research. Primarily expanding on activities from across the University's Mathematical, Physical and Life Sciences Division, it offers scientists the opportunity to undertake research in applied science fields in proximity to Chinese industry and science and technology institutes. Based in the Souzhou Industrial Park, researchers have access to state-of-the-art facilities in a research environment enriched by numerous universities and research institutions, and a substantial industrial base. Research is directed by University of Oxford academic staff, with most of the research undertaken by researchers employed locally by OSCAR.

The China Kadoorie Biobank is a major long-term prospective cohort study that looks at the interplay of lifestyle, environment and genetic susceptibility as causes of chronic disease. It holds information and biological samples from over 510,000 participants in China, and tracks those individuals' subsequent major health events until the end of their lives. The information can be used to see what effect some factor had on the group's health and mortality. Findings from the China Kadoorie Biobank have covered smoking as a cause of death in China, the health effects of indoor air pollution, physical activity and heart disease/stroke risk, and many other topics. The Biobank is a collaboration between Oxford's Clinical Trial Service Unit, the Chinese Academy of Medical Sciences (CAMS) and Peking University.

Asia is the world's most densely populated continent and suffers the highest number of natural disasters. The health impact of these disasters is exacerbated by the gap between rich and poor in many Asian countries, as well as a lack of understanding about how to manage disaster responses. In an effort to build up the continent’s resilience to natural disasters, Oxford and The Chinese University of Hong Kong joined together to create the Collaborating Centre for Oxford University and CUHK for Disaster and Medical Humanitarian Response (CCOUC). The Centre is a non-profit research body that carries out research, training and community knowledge transfer in disaster and medical humanitarian response in Greater China and the Asia-Pacific Region.

There are a range of student societies and support groups available to Chinese students at Oxford, such as the Oxford University Chinese Society and the Oxford University Hong Kong Society (OUHKS), which provide opportunities for those linked to China via heritage, research or just interest to meet, socialise and network.

There are five alumni groups in mainland China. Prominent alumni, past and present, include: 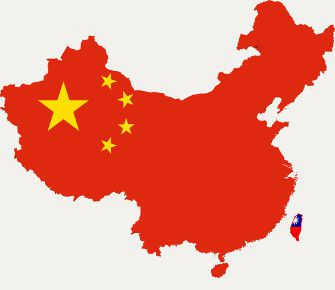 Our Presence in China