For nearly two decades, the University’s Science Park at Begbroke, five miles from the city centre between Yarnton and Woodstock, has been home to a wide range of research and development activities, playing a vital role in Oxford’s ‘impact and innovation’ strategy and the wider local, regional and national economy.

Central to its success is the co-location and collaboration of multiple stakeholders: University departments and research groups, and science and research-based companies – many of them University spin-outs and with links to University or other research-based organisations. This integrated campus offers benefits and outcomes rarely found in other commercial, science or business parks and University researchers work here in inter-disciplinary groups to tackle some of the world’s major societal issues.

A masterplan for Begbroke was developed in 2015, providing a framework for development in two phases: medium-term (5 -10 years) and long-term (15-20 years), an important element being the expansion of the site from four to 18 hectares.  This masterplan evolved into the Begbroke Design Concept, which the University submitted in October 2017 alongside our representations to Cherwell District Council’s Local Plan review.

The University's strategic vision, in addition to the development of the Science Park, is to provide housing for University staff, postgraduate researchers, and members of the wider community. This proposed wider development would allow the University to develop the Begbroke site into a new and cohesive community that responds to both Oxford's housing needs and the economic attraction of the Science Park as a place to live, work, and foster innovation and enterprise. 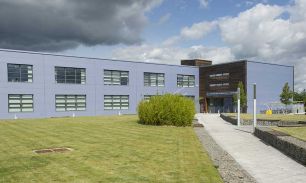 What is happening now?

The University has submitted an outline planning application to re-establish the principle of further development of academic research activity on the Science Park and to enable more space for current users and to facilitate new spin-out companies.

What will happen next?

The University is awaiting a date for the Cherwell Plan Inquiry at which we and other landowners will be represented, and the Inspector’s report that will follow.