Weevil shows off its structural colours

Away from the imposing skeletons of dinosaurs and whales and the famous Oxford Dodo the Oxford University Museum of Natural History is home to miniature treasures.

These include the jewel-like bodies of bugs in the Hope Entomological Collections, which feature over 25,000 arthropod types. Pull out one of the drawers displaying a fraction of the five million specimens and you’ll be dazzled: despite many of the specimens having been collected in the 19th Century they still shine with vivid colours.

So why don’t the bright blue and green colours of these bugs fade? 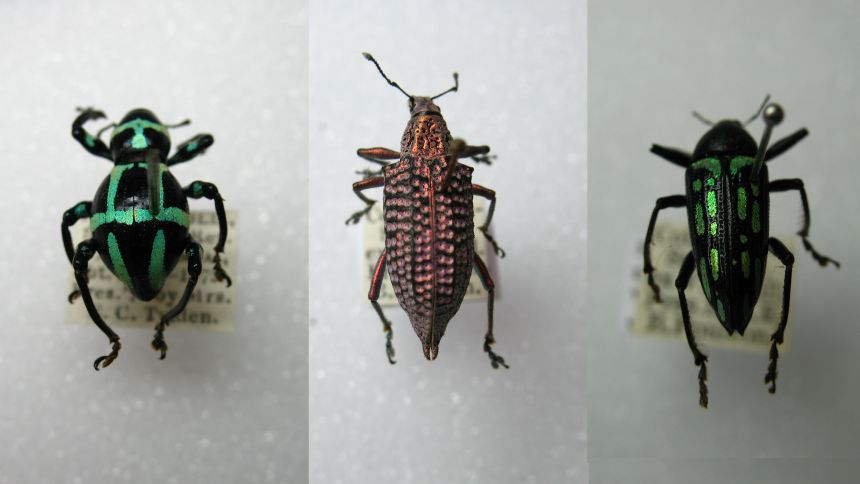 'The most common method to produce vivid and saturated structural colours in insects is using a multilayer or thin-film (like an oil-slick) nanostructure which produces iridescence. Typically, this is formed over the entire surface of the insect, especially the thorax and abdomen (and elytron in the case of beetles),' explains lead author Vinod Saranathan, who undertook the research at Oxford University's Department of Zoology before taking up a new role at the Yale-NUS College in Life Science, Singapore, later this year.

Vinod led the team, which used high energy synchrotron X-rays to examine colour-producing or photonic nanostructures in around 127 species of beetles, weevils, bees, and spiders. They found that diverse groups of these arthropods have independently evolved light-producing or biophotonic nanostructures that are the exact analogues of the complex shapes seen for example, in blends of block-copolymers (large molecules similar to Lego building blocks, having both hydrophilic and hydrophobic ends), but at ten times the sizes usually seen in these synthetic chemical systems.

He tells me that OUMNH's Hope collections were vital as: 'a 'one-stop shop' to survey insects and arthropods for structural colour. These historical collections are not only invaluable for my research because of their sheer number (second only to NHM in London) but many of the insects are conveniently organised by the collectors and provide a representative sample of the diversity of insects and other land arthropods. They also have an amazing and growing collection of tarantulas from around the world thanks to Ray Gabriel.'

Whilst, over millions of years, many groups of bugs have evolved to harness structural colours, different arthropod families have come up with their own unique solutions:

'We found in this study that some butterflies, weevils, longhorn beetles, bees, spiders and tarantulas have a very fine covering of scales or hair-like setae (like shingles on a roof) covering the entire surface of the arthropod and these scales (roughly 50-100 microns across) contain a wide variety of colour-producing or photonic nanostructures, from nano-cylinders, -spheres, perforated multi-layers, and complex maze-like, 3D structures such as single gyroid, single diamond, and simple cubic networks,' Vinod tells me. 'However, a given family of insects have evolved to use only one particular type of nanostructure to make colour.

'Despite their diversity, all these photonic nanostructures work on the principle of light interference – as these nanostructures are on the order of visible wavelengths of light, wavelengths that match this periodicity are reinforced and reflected back as the observed colour.' 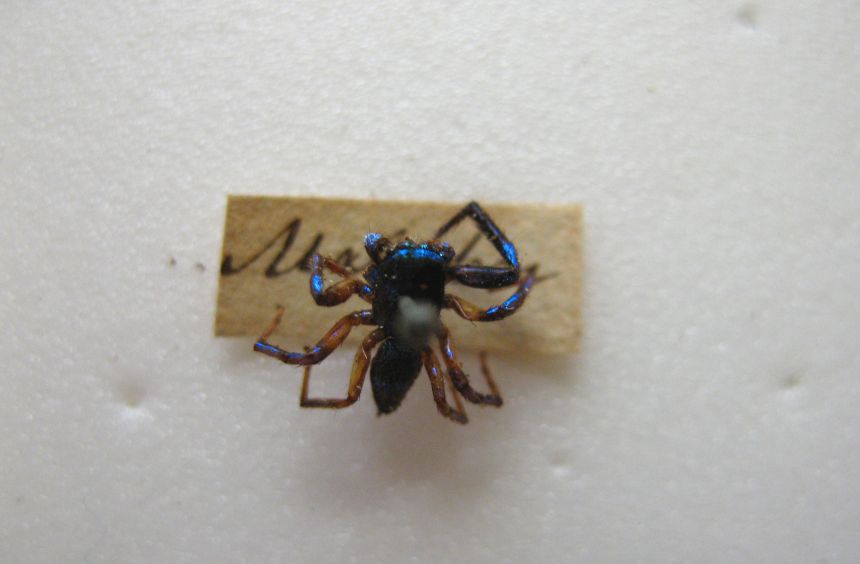 Jumping spider: spiders too have evolved to harness structural colours

You might think that these complex nanostructures are confined to complex animals but, Vinod explains, they appear to be innate in the living cells of animals and plants and some of them can be found within the membranes of mitochondria or chloroplasts (they just don’t play a role in making colours): 'Insects and spiders appear to have evolutionarily co-opted this innate ability of cellular membranes to sculpt complex shapes within the cell to make a colour.'

But these nanostructures aren't just of interest to those studying arthropods. Scientists and engineers currently find it very challenging to replicate such complex shapes using chemical polymers at optical length scales and Vinod believes we could learn a lot from colourful arthropods:

'Insects and spiders have been effectively manufacturing these biophotonic nanostructures for millions of years, so we should look to nature to either mimic the same developmental process that gives rise to these nanostructures or use them as direct templates for new photonic technologies and sensors.' 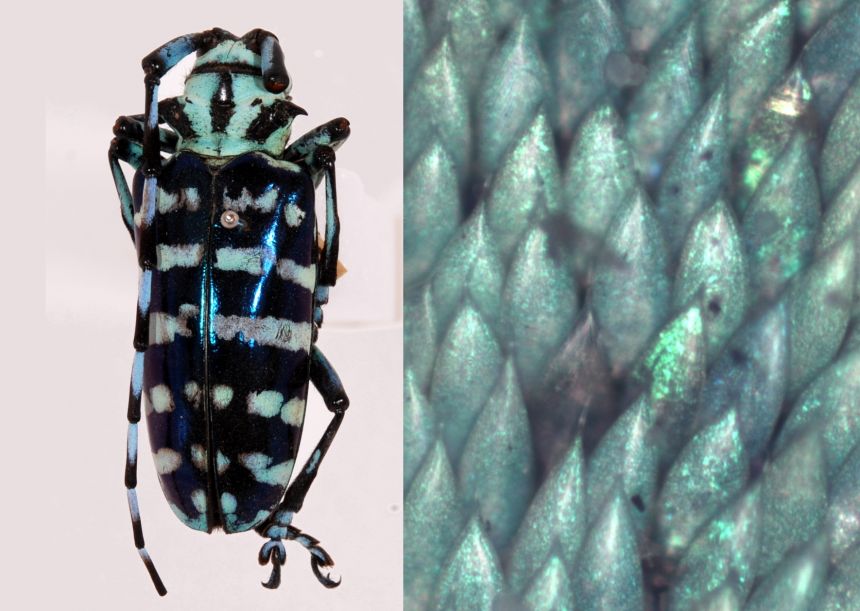 Longhorn beetle and lose up of shingle-like scales

A report of the research, entitled 'Structural Diversity of Arthropod Biophotonic Nanostructures Spans Amphiphilic Phase-Space', is published in Nano Letters.

A song of fire and ice in the ocean

Bubble research rises to the top