Often heralded as one of the finest poets of the First World War, Wilfred Owen has become a symbol to many of 1914-1918 encapsulating a sense of futility (the title one of his more famous poems), anger, and despair at the suffering endured by the soldiers. This is not without challenge of course. Owen’s was only one voice representing one point of view and cannot be seen to capture the myriad of views and feelings of all the combatants and his generation, but at the same time that is not sufficient reason to dismiss his work as irrelevant to the study of the War.

To commemorate the centenary of the last days of the First World War Poet Wilfred Owen, the University of Oxford’s Faculty of English is posting a daily tweet account of Owen’s last fortnight – @ww1lit using #OwenLastDays – from 22 October to 4 November. Each tweet will detail the activities of Owen and his battalion – 2nd Manchester – as they prepare for the attack. The posts highlight the wealth of free online resources the University has shared online based around Owen and the other war poets under the First World War Poetry Digital Archive and Great Writers Inspire, including podcasts, images of Owen’s manuscripts and letters, film clips, and online exercises. 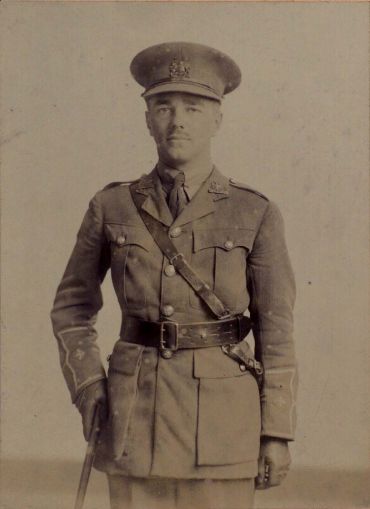 Whilst Owen's work rises above that of many contemporary poets – and indeed works like ‘Strange Meeting’, ‘Exposure’, or ‘Dulce et Decorum est’ are some of the finest poems to have been written during the conflict – the circumstances surrounding his death at such a young age (25), and the news of his death, has added to the powerful emotions that surround Owen. Having been sent to Craiglockhart Hospital in 1917 suffering from neurasthenia (‘shell-shock’) where he famously met Siegfried Sassoon and his poetry took on a new direction and life, Owen spent the first part of 1918 in England training and recuperating. Rejecting offers by his friends to pull strings and arrange for him to sit out the rest of the war Owen chose to return to the front to help the men he felt he had left behind. Any doubts of his bravery arising from his breakdown in 1917 can be quickly dispelled by this decision. Moreover he was awarded the Military Cross (posthumously) for his actions on 1st October 1918 in taking a German machine-gun position.

Owen’s battalion was part of the spearhead used to break the final German defensive line after a series of Allied advances following success at Amiens in August. A key problem was to overcome the Sambre canal defences and gain the Eastern bank, and on 4th November at 5.45am Owen was involved in the attempt to cross. The exact details of that morning are hazy, and all that is known is that Owen was seen leading and encouraging his men in the early part of the struggle, but was killed, possibly as he crossed the water on a raft, sometime between 6 and 8.00am. Famously the telegram notifying his family of his death arrived mid-day on November 11th as the celebrations around the Armistice rang out.

The Faculty of English has also launched a nationwide competition for schools to present work (either a poster or recorded performance) on the Legacy of Wilfred Owen (closing date noon, November 30 2018). Prizes include books and vouchers, with the support of Penguin Books who have generously donated editions of Owen’s poems as prizes.

Returning to Egypt: acquired disability and fieldwork
Caricature or stereotype? The legacy of Black excellence at Oxford