Stressing that safe water for the world’s poor is an education issue, as well as a health issue, would help send a powerful signal at this critical time, and could help huge numbers of children, and adults, worldwide. Credit: Shutterstock.
Published

Billions will still be without safe water and sanitation even in 2030, writes Professor Rob Hope, Director, Water Security Initiative, Oxford's School of Geography and the Environment.

The Global Education Summit next week, hosted by the Prime Minister Boris Johnson and Kenyan president Uhuru Kenyatta, is an important opportunity to help shape education for children around the world. But nothing puts the wider issues around education in better context than a glass of safe drinking water – or the lack of one. In too many countries, water is not just a massive health issue – it is also an education issue.

The summit will right focus on education and its wider benefits. It aims to achieve five-year pledges from the global community to help transform education systems in up to 90 countries and territories. Having worked for decades with colleagues in African and Asian universities, I applaud the ambition and recognise the scale of the challenges and potential impacts.

President Kenyatta knows this well. While progress in Kenyan primary school enrolment has been made, systemic challenges remain in terms of getting children to school and making sure they can thrive in a safe and productive environment.

But statistics from UNICEF and the World Health Organisation (WHO) estimate that only a quarter of schools in rural Kenya have drinking water for staff and children. In many cases, though, this will be unsafe to drink and come from multiple sources, including handpumps, rainwater tanks, open wells and rivers, with the reliability and availability of water varying by season and school. 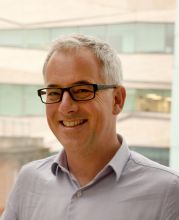 Nor are the issues about drinking water alone. Data show 80% of such schools have nowhere for children to wash hands. Thoughts quickly turn to hygiene and COVID-19, but there are other issues. Without water, many girls stay at home during their period, damaging their education and progress towards equality, health and job opportunities.

Such problems are not limited to Kenya or to the availability of water in schools. Recently, UNICEF and the WHO warned the world is on course to miss the United Nations’ Sustainable Development Goal 6 – clean water and sanitation for all by 2030. They say billions of people will still lack access to safe water at that point, unless the rate of progress quadruples – a situation they describe as ‘alarming’.

What makes this situation not just shocking but frustrating is that progress can be made. Kenya provides an example of that, in the form of the FundiFix social enterprise, which we created at Oxford, backed by the UK Foreign, Commonwealth and Development Office.

There is an urgent need to include water as part of next week’s discussions around the education agenda. This point is particularly pressing, given the impacts of climate change worldwide

FundiFix guarantees to keep water flowing in water points for communities, schools and clinics. More than 80,000 rural water users now pay an affordable monthly fee to ensure faults are fixed in less than three days, rather than the month or more, which is common across Africa. This has massive social benefits, particularly during the long dry periods, which are predicted to worsen with climate change.

I would argue there is an urgent need to include water as part of next week’s discussions around the education agenda. This point is particularly pressing, given the impacts of climate change worldwide, with devastating floods and droughts hurting the most vulnerable disproportionately.

Governments need to focus on three key areas relating to water and education:

Progress can be, and has been, made. However, as UNICEF and the WHO have made so clear, in 2030, billions could still be without safe water and sanitation.

Stressing that safe water for the world’s poor is an education issue, as well as a health issue, would help send a powerful signal at this critical time, and could help huge numbers of children, and adults, worldwide.

Professor Hope is Professor of Water Policy and Director of the Water Programme at the Smith School of Enterprise and the Environment. He is an economist with research interests and expertise in water policy, poverty and economics, largely in Africa and Asia. He is director the REACH programme, a global research programme funded by the Foreign, Commonwealth & Development Office (FCDO) and led by Oxford University to improve water security for 10 million people in Africa and Asia by 2024. See his original article here: thttps://www.independent.co.uk/independentpremium/voices/water-africa-education-health-sanitation-b1889519.html