Pangolins, insect-eating mammals that live in tropical parts of Africa and Asia, are under threat from a growing inter-continental illegal trade in the animals and their scales, according to a new report.

Whilst poaching of large animals such as elephants and rhinos and the illegal trade in ivory and horn receives widespread attention (in 2012 35,000 elephants were slaughtered for their ivory and 810 rhinos for their horns) the trade in smaller and more common species is often overlooked.

A team from Oxford University's Wildlife Conservation Research Unit (WildCRU), working in collaboration with the Chinese Public Security Bureau and the Chinese Academy of Sciences, has produced the first report on the most heavily-trafficked CITES (the Convention on International Trade in Endangered Species of Wild Fauna and Flora) protected mammal, the pangolin. The report is published in the March issue of the journal Frontiers in Ecology and the Environment.

Like elephants and rhinos, pangolins are 'EDGE' species (Evolutionarily Distinct and Globally Endangered), with six of eight species classified as Endangered, or Near Threatened, on the IUCN Red List.

'When in jeopardy pangolins roll into a ball and can conveniently be bundled into a sack so that pangolin contraband is easy to transport and often goes unnoticed,' said Dr Chris Newman of Oxford University's WildCRU, co-author of the report. 'Annual seizures run to about 10,000 pangolins globally but the real problem is undoubtedly far worse; notebooks apprehended in 2009 from just one trafficking syndicate revealed that 22,000 pangolins were killed in just 21 months in the Bornean state of Sabah.'

Each pangolin can yield 500g of scales, which are prized in traditional Chinese medicine, retailing at up to $350, so this illegal trade is lucrative and supports a significant criminal community. Demand for pangolin products is soaring in Asia, fuelled by rapid economic growth.

The team found that in Yunnan Province, China, 2,592kg of scales, representing approximately 4,870 pangolins, along with 259 intact pangolins (220 living; 39 dead) have been seized since 2010, resulting in 43 enforcement cases.

Investigations of the source of these pangolins reveal Intercontinental trade between Africa to Asia, extending the threat from Asia onto African pangolin species. Traffickers are also using increasingly unconventional means, which are harder to police. Beijing Customs apprehend a parcel being sent through the mail in November 2013 that contained 140kg of scales. An investigation discovered that, beginning in just April, the gang masterminding this novel trafficking had already smuggled 1,030kg of scales (representing 1,660 individuals).

'Unlike elephant and rhino, where only the valued horn or tusk is traded, often the entire pangolin is shipped, frequently alive, not only leading to appalling cruelty, but also raising another dilemma; what to do with confiscated live pangolins,' said co-author Dr Youbing Zhou of the Chinese Academy of Sciences. 'Many impounded outside of China are likely released inappropriately into local forests, or euthanized. Of 326 pangolins placed in the Yunnan Sanctuary of Wildlife since 2008, only 76 Malayan pangolins and 22 Chinese pangolins survived.'

According to the researchers the pressures on pangolins are likely to be totally unsustainable (given that they have just one young per year) – as recognised by the IUCNs re-instatement of the Pangolin Specialist Group (PSG) in 2012 – but without even greater attention to these problems, the future for pangolins looks increasingly desperate.

Professor David Macdonald, Director of the WildCRU and a co-author of the paper, said: 'The numbers of pangolins traded are shocking, and all the more so considering the pharmaceutical pointlessness of the trade. This trade is intolerably wasteful.' 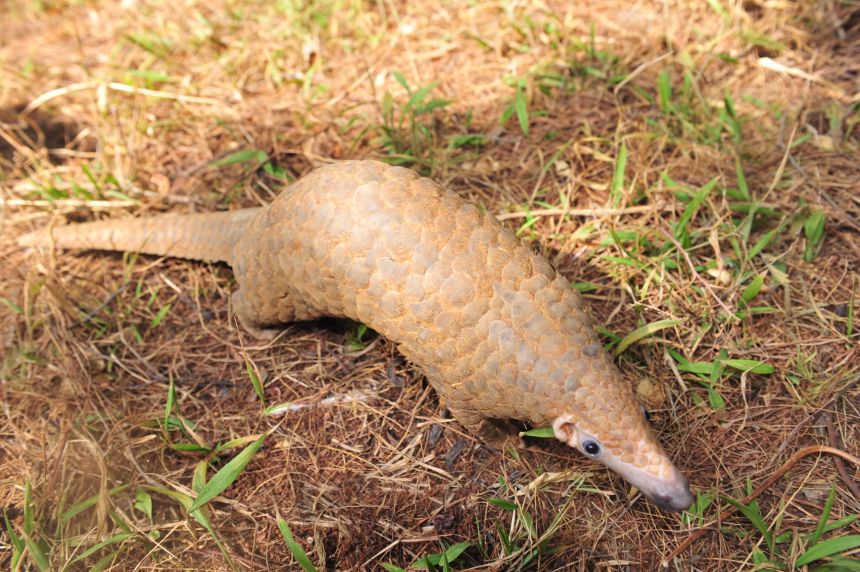 WildCRU is part of Oxford's Department of Zoology. The report, entitled 'Scaling up pangolin protection in China', by Zhao-Min Zhou, Youbing Zhou, Chris Newman, and David W Macdonald, is published in: Frontiers in Ecology and the Environment.