This lecture took place in The Sheldonian Theatre, Broad Street, Oxford on Tuesday 12 May 2015 at 5.45 pm.

In October 2008, the G7 finance ministers and central bank governors met in Washington to respond to the market mayhem that followed the failure of Lehman Brothers. Their short statement (in essence, "we’ll do whatever it takes") was followed by action to recapitalise the banking system on both sides of the Atlantic. And the banking crisis ended in the second quarter of 2009. But the global economic crisis did not.

Why, after the biggest monetary stimulus the world has ever seen, and six years after the end of the banking crisis, is the world economic recovery so slow? Sharp downturns normally lead to sharp recoveries. Not this time. Why is that?

The world economy is still in a disequilibrium – both within and between the major economies. We are relying on monetary policy to dig us out of this hole. Monetary policy – whether through interest rates or bond purchases – is most effective in a Keynesian down turn when spending falls because people lose confidence in the level of future aggregate demand so they too cut back. But after a point monetary policy confronts diminishing returns. There is a paradox of policy: we are doing in the short run the absolute opposite of what we know we have to do in the long run to rebalance our economies.

So what will policy-makers do? And what should they do to move to a new equilibrium? 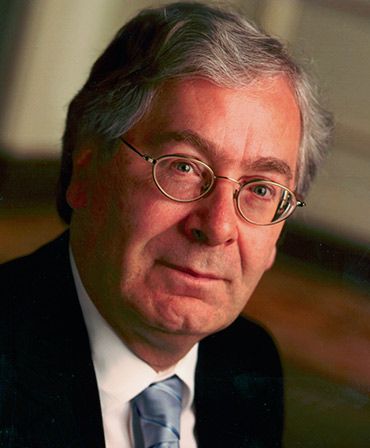 Mervyn King served as Governor of the Bank of England and Chairman of the Monetary Policy Committee and Financial Policy Committee from 2003 – June 2013. He was previously Deputy Governor from 1998 to 2003, Chief Economist and Executive Director from 1991, and non-executive director of the Bank from 1990 to 1991. He was knighted (GBE) in 2011, made a life peer in 2013, and appointed by The Queen to be a Knight of the Garter in 2014.

Born in 1948, Mervyn King studied at King’s College, Cambridge, and Harvard (as a Kennedy Scholar) and taught at Cambridge and Birmingham Universities before spells as Visiting Professor at both Harvard University and MIT. From October 1984 he was Professor of Economics at the London School of Economics where he founded the Financial Markets Group.