This lecture took place in The Sheldonian Theatre, Broad Street, Oxford on Tuesday 11 November 2014 at 17.45.

Science and technology, such as the industrial and agricultural revolutions profoundly transformed the world. In this, the 115th Romanes lecture, Steven Chu discussed an epidemiological approach to assessing the risks of climate change. He explored how we can use science, technology and public policy to mitigate the risks and make sustainable energy the most attractive, low cost option. 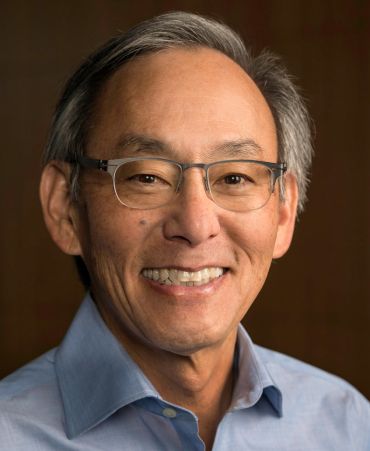 Steven Chu is the William R. Kenan, Jr., Professor of Physics and Molecular & Cellular Physiology at Stanford University. His research spans atomic and polymer physics, biophysics, biology, biomedicine and batteries. He shared the 1997 Nobel Prize in Physics for the laser cooling and trapping of atoms.

From January 2009 until April 2013, Dr. Chu was the 12th U.S. Secretary of Energy and the first scientist to hold a cabinet position since Ben Franklin. During his tenure, he began ARPA-E, the Energy Innovation Hubs, the Clean Energy Ministerial meetings, and was tasked by President Obama to assist BP in stopping the Deepwater Horizon oil leak. Prior to his cabinet post, he was director of the Lawrence Berkeley National Laboratory, Professor of Physics and Molecular and Cell Biology at UC Berkeley, the Theodore and Francis Geballe Professor of Physics and Applied Physics at Stanford University, and head of the Quantum Electronics Research Department at AT&T Bell Laboratories.

Publicise this event on the noticeboard of your department, college or office. Romanes Lecture 2014 A3 poster.pdf