This lecture took place in The Sheldonian Theatre, Broad Street, Oxford on Tuesday 29 October 2019 at 5.30 pm.

‘The Profession of Intelligence’: the nature of intelligence, its value and its limitations, and how it is practised. 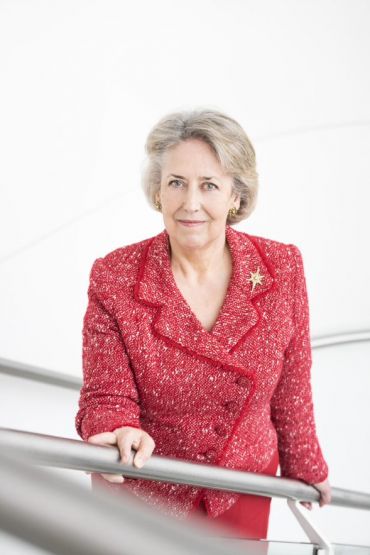 Eliza Manningham-Buller
Eliza Manningham-Buller has been Chair of Wellcome since 2015, having served as a Governor since 2008. Wellcome is a global charity which exists to improve health for everyone by helping great ideas to thrive. She leads a Board of Governors drawn from the worlds of science, business and public life.

In 2015, Eliza became the Co-President of Chatham House, Royal Institute of International Affairs. She served on the Council of Imperial College from 2009 and was Chair of Council from 2011 to 2015.

She was appointed an independent, crossbench peer in the House of Lords in 2008, and has been a member of the Privileges and Conduct Committee, the Joint Committee on the National Security Strategy, and the Science and Technology Committee.

Previously, Eliza had a career with MI5 for more than 30 years, including a posting to the British Embassy in Washington. She served as Director General from 2002 to 2007 and before that was Deputy Director General, with responsibility for operations.

Eliza was educated at Benenden School and Lady Margaret Hall, Oxford. She taught for three years before joining MI5 in 1974.