The view from the top of Wonderwerk cave. Image credit: Michaela Ecker

Michaela Ecker, a former doctoral student in the Oxford School of Archaeology, details her recent research at Wonderwerk Cave of Southern Africa, on which she is the lead-author. Conducted in partnership with the University of Toronto, the Hebrew University Jerusalem, the National Museum in Bloemfontein and the McGregor Museum in Kimberley, South Africa, the findings, published in Nature Ecology & Evolution, shed light on how the first humans and the environment itself may have evolved.

My research in South Africa began at the Florisbad Quaternary Research Station (part of the National Museum in Bloemfontein, South Africa) where James Brink has assembled an unparalleled collection of fossil and modern specimens of the bovids of southern Africa. Walking into his lab that is housed in a large building made of corrugated metal is like stepping into a great library, only instead of books the shelves are lined with bones.

By analysing the isotopes of teeth of a spectrum of animals from the different levels at Wonderwerk Cave - which cover a period of close to two million years, I hoped to be able to fill in the picture of the environmental history of the interior of southern Africa and particularly the ecological context of early human occupations.

Even before I drilled a single tooth for stable isotope analysis, the first thing that caught my attention as we examined the fauna from excavations at Wonderwerk Cave was a tooth of an antelope that most people have never heard of - the Southern Lechwe (Kobus leche). This animal needs permanent standing water as habitat and is nowadays restricted to the extensive wetlands in northern Botswana, Namibia and Angola. It could not survive in the modern environment around Wonderwerk Cave, which is a semi-arid thornbush savanna that receives rainfall only in the summer months. This means the environment must have been extremely different in the past that it could support this species, assuming it had the same habitat requirements as today.

After studying the collections at Florisbad Quaternary Research Station it was time to visit the site itself, together with Liora Kolska Horwitz, the co-director of overall research at Wonderwerk Cave.

The cave itself is a long tube with a low ceiling, running from a single entrance 140m into the hill, until the visitor is surrounded by complete darkness. The samples for this study were excavated near the cave’s entrance, where daylight still reaches and Holocene rock art adorns the walls. The present-day vegetation at Wonderwerk Cave, at the edge of the Kalahari, is composed of grasses that follow the C4 photosynthetic pathway and trees and bushes that follow the C3 photosynthetic pathway.

The lechwe antelope teeth showed carbon isotope values that are similar to contemporary animals. However, the carbon isotope results for species that consume a grass diet showed a mix of C3 and C4 in their diet. This meant there was not only much more water around, as attested by the very presence of the lechwe, but also a plant community that is not found in a modern African savanna. 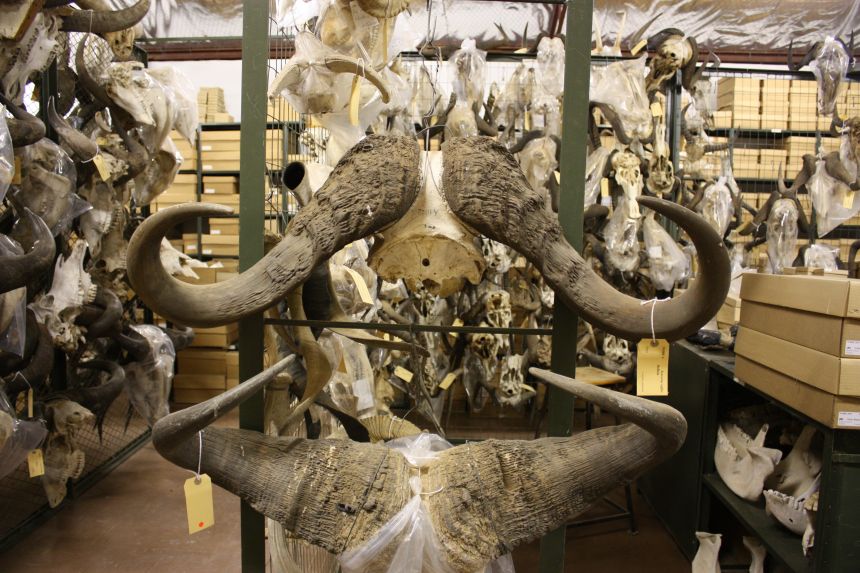 I presented these findings in 2016, at the Society of African Archaeologists meeting in Toulouse, where unbeknownst to me, Lloyd Rossouw, an archaeologist from the National Museum in Bleomfontein and another member of the large international Wonderwerk team, was also presenting results from Wonderwerk Cave, only this time focused on Phytoliths - the mineral particle that form inside plant tissues.
Once we realised our research links, it became apparent that our results evidenced similar trends and conclusions, which we then combined with a whole range of analyses from other specialists. This exchange of knowledge allowed us to build a clearer picture of the environment at Wonderwerk Cave during the occupation of the earliest toolmakers in the region, and their descendants.

These findings challenge the narrative of early Homo adapting to open, arid C4 savannas. It shows that these hominins lived in a wide range of environments, some of them different to anything existing in Africa today.

This study highlights the need to review local terrestrial records to reconstruct past climate and environmental conditions, rather than global records alone. While this can be challenging, since some areas don't preserve long sequences well, Wonderwerk Cave is a rare exception in this region in the dry interior of southern Africa and testament to the importance of considering every aspect of the local ecology – you never know where your first clue might come from.

The full list of people involved in this project is as follows: 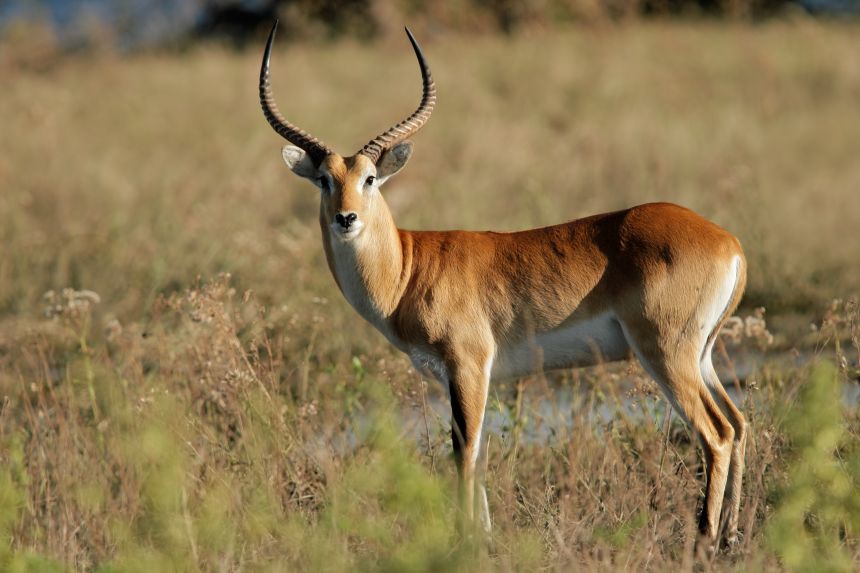 The Southern Lechwe Antelope (Kobus leche) is an animal that needs permanent standing water as habitat, and is nowadays restricted to the extensive wetlands in northern Botswana, Namibia and Angola. Image credit: Shutterstock
‘Simplicity bias’ in science
A world of parasites

The full article as featured in Nature, Ecology and Evolution can be viewed here