In a guest blog, Professor Thomas Adcock, Associate Professor in Oxford’s Department of Engineering and a Tutorial Fellow at St Peter’s College, discusses his newly published research ‘the waves at the Mulberry Harbours.’

Professor Adcock’s research focuses on understanding the ocean environment and how this interacts with infrastructure. He has a passionate interest in engineering history, particularly the Mulberry Harbours, which were used during the Second World War as part of Operation Overlord (the invasion of Normandy). His Grandfather was one of the engineers who worked on their design and construction.

Operation Overlord was the invasion of occupied Europe by the Allies in the Second World War. Whilst the Allies' primary enemy was the Axis forces, they also faced another foe — the weather. In particular, given the continuous necessity for personnel and supplies to cross the channel there was serious concern that the sea might cause a breakdown in supply lines. A particular problem was that the enemy would render all ports useless.

The solution to this was to construct the components of the ports in Britain and take them with them. These temporary harbours were codenamed Mulberry. The plan was ambitious — to have two harbours each twice the size of Dover Harbour — and that these should be operational only 14 days after D-Day and last for 90 days. There were to be two harbours — “Mulberry A” in the American sector and “Mulberry B” in the British sector. Various novel breakwaters and roadways were designed and constructed and floated across to Normandy in the days immediately after D-Day. The American Mulberry was finished ahead of schedule whilst the British harbour was on time.

However, a fortnight after D-Day a severe storm blew up, almost completely destroying the US harbour and doing serious damage to the British Mulberry.

Yet the British Mulberry survived and was used (after minor adaptations) for more than twice as long as originally planned. The remains of it can still be seen at Arromanches today. To an engineer a number of questions immediately spring to mind: why did one harbour fail but the other survive; and should the engineers have expected the storm that hit them?

The Mulberry Harbours interest me because they were novel and unusual structures deployed as an integral part of one of the most important operations in military history. We can gain technical insights from what worked and what failed, and learn important lessons by analysing the historical decisions that were made. But my interest is also personal. My Grandfather, Alan Adcock, was one of the engineers who made the Mulberry Harbours a reality. I doubt I would have become an engineer without his influence.

To answer the question of why the harbours had different fates we needed to understand how big the waves were which hit them.  This was made possible by a wave hindcast carried out by the European Centre for Medium-Range Weather Forecasting.

A hindcast is similar to a weather and wave forecast — point measurements such as atmospheric pressure and wind speed and direction are assimilated into a model run on a supercomputer which predicts how strong and persistent the winds were and how big the waves would be. To model what happens in the English Channel it is necessary to model most of the Atlantic. However, as waves enter shallow water, different physics becomes important — such as wave refraction and breaking.  We took the output of the large-scale  hindcast and used this to drive a local model of the waves close inshore, allowing us to predict what the waves were like when they hit the harbours.

We found that the waves at the American harbour were significantly larger than those at the British Mulberry — although both experienced waves larger than they were designed to withstand. This goes a long way to explain why the American harbour failed whilst the British one narrowly survived. We also found that a storm of the severity of the 1944 storm would only be expected to occur during the summer once in every 40 years. The Allies were clearly very unlucky to experience a storm this severe only a couple of weeks after D-Day.

The lead author of our recent paper is Zoe Jackson who completed this work as part of her final year undergraduate project under my supervision. The work would not have been possible without the technical expertise of HR Wallingford and the European Centre for Medium-Range Weather Forecasting based in Reading.

As a final coda, this project used technical knowledge and computing power developed over the more than 70 years since D-Day, and took Zoe about eight months to complete. As I am sure my Grandfather would have observed were he still with us, this is the same period as the original engineers had to design and construct the harbours. 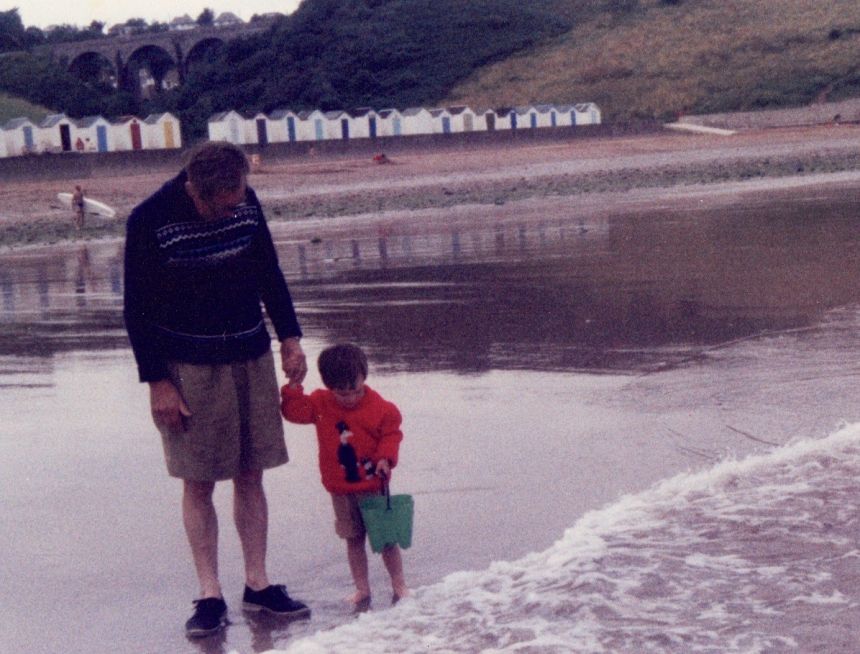 Journal of Ocean Engineering and Marine Energy: The waves at the Mulberry Harbours