Ahead of a symposium organised by the Oxford Martin School on the Illegal Wildlife Trade, and international IWT conference hosted in London this week, Diogo Veríssimo, from Oxford University’s Department of Zoology, reveals how campaigns have attempted to influence harmful consumer habits.

What do elephants, sharks and pangolins have in common? They are all threatened by the illegal trade, be it for their ivory teeth, fins or scales.

Around the world the use of animal and plant parts is increasingly being recognised as a threat not only to wildlife but also to people, as illegal or unregulated movement across vast regions can spread deadly diseases such as Ebola or SARS. While most work to curtail the illegal wildlife trade has focused on law enforcement and surveillance, there are increasing efforts to influence the consumers of these products.

Demand is a key part of any illegal market and while it exists it will be impossible to manage. Conservationists are therefore increasingly working to influence consumers by shifting their buying habits. Together with Anita Wan, currently at Sun Yat-sen University in China, we reviewed the data on this conservation approach, and the results were recently published in Conservation Biology. 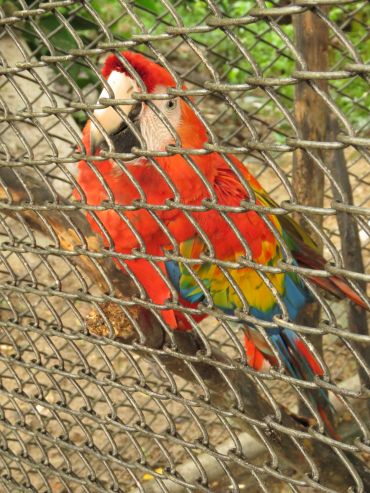 We found 236 campaigns featuring well-known species such as elephants, tigers and rhinos but also lesser-thought-of turtles, tuna, rosewood timber, macaws and saiga antelopes. Surprisingly, the majority of campaigns were focused on seafood, with sharks being the most represented animal.

In addition, we found that at continental level, more than a third of campaigns were found in Asia. This is perhaps unsurprising given the significance of key consumer countries such as China or Vietnam. Less anticipated, however, was that the United States held the most campaigns at a national level. This could be explained by the fact that many conservation organisations working on this issue are based there.

One of the key challenges highlighted by this report was that little is known about many of these demand reduction campaigns. For example, we could not pinpoint what year 10% of them took place, and only one quarter of campaigns reported their outcomes.

These gaps in information are not unique for such campaigns, but they now form key priorities for researchers who are coming together next week an Evidence to Action: Research to Address the Illegal Wildlife Trade. This symposium will take place  at the Zoological Society of London on October 9, and is co-lead by the Oxford Martin Programme on the Illegal Wildlife Trade (Department of Zoology of the University of Oxford), in collaboration with several other UK Universities and NGOs.

These group of researchers and practitioners have also authored a policy brief that discusses the research gaps surrounding the illegal wildlife trade. This brief will feed into the Illegal Wildlife Trade Conference in London, an international summit organised by the UK Government taking place on the 11 and 12 of October.

Find out more about an Evidence to Action: Research to Address the Illegal Wildlife Trade.

Find out more about the Illegal Wildlife Trade Conference.

Find out more about how the University of Oxford is working with local communities and using the latest technology to help people and wildlife to co-exist, via the Oxford Sparks website.

Overcoming the challenges of rural surveys in developing countries
Returning to Egypt: acquired disability and fieldwork